In a written report to the National Assembly's defense committee, the ministry made the point clear, saying the relocation of its own offices to the nearby Joint Chiefs of Staff (JCS) building and other facilities will take at least four weeks.

On Sunday, Yoon announced his relocation decision. But the office of incumbent President Moon Jae-in balked, saying it could leave a security vacuum amid North Korean military threats. 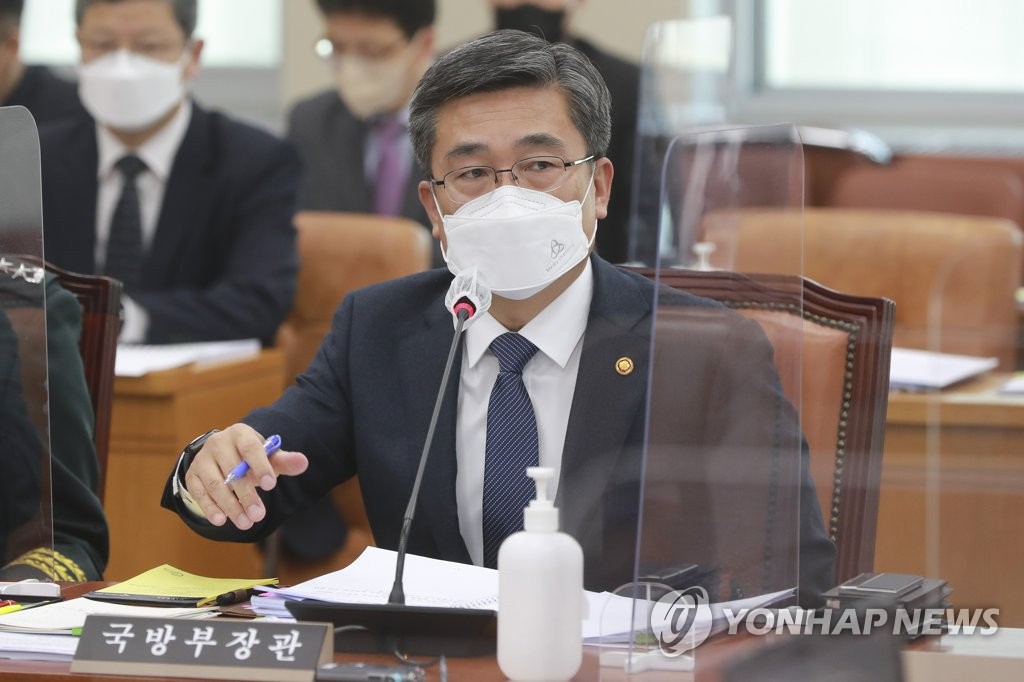 "There is a need for the guarantee of conditions needed to keep a readiness posture in consideration of the security situations during a government transition period and of the schedule for the combined military exercise," the ministry said.

It was referring to the combined regular springtime exercise that Seoul and Washington are expected to hold next month.

During a parliamentary session, Defense Minister Suh Wook pointed out that there has been "much concern" over a hurried relocation drive and potential security vacuum.

The relocation plan comes as Seoul and Washington are striving to reinforce allied defense in the wake of North Korea's recent missile launches, including last week's botched test of an apparent intercontinental ballistic missile.

Under its own relocation plan, the ministry is to move its offices and other facilities in its compound to the JCS building and seven other locations, including the Korea Meteorological Administration in Seoul and the Defense Acquisition Program Administration in Gwacheon, just south of the capital.