During a parliamentary session, Suh said the North fired shots Sunday from a site "far north" of a buffer zone in the Yellow Sea that the two Koreas agreed to set up under their Comprehensive Military Agreement (CMA).

Earlier in the day, Yoon called the firing a "clear" violation of the CMA that stipulates the buffer zone spanning around 135 kilometers in the Yellow Sea and around 80 km in the East Sea. It bans artillery firing and naval drills in the zone.

"No, it's far north," Suh said in response to a lawmaker's question of whether the firing took place within the buffer zone demarcated by the CMA. "It was not an area covered by the agreement."

In November 2019, South Korea's military defined the North's coastal artillery firing from Changrin Islet near the Northern Limit Line, a de facto inter-Korean sea border in the Yellow Sea, as a CMA violation. 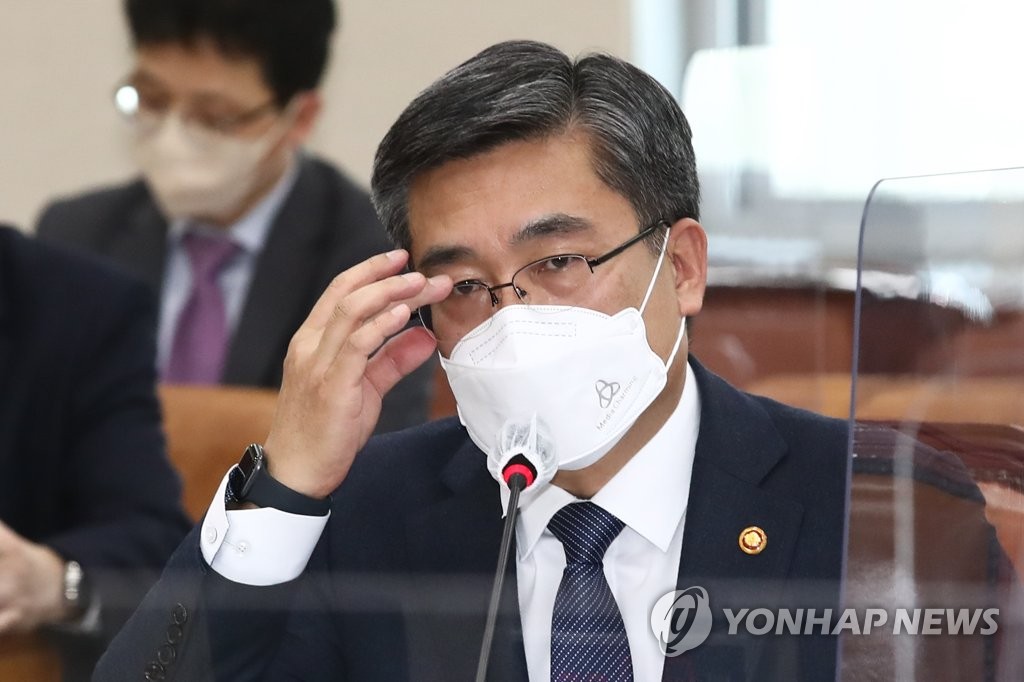