INCHEON, March 22 (Yonhap) -- Having recently claimed his first world indoor title, South Korean high jumper Woo Sang-hyeok has set his sights on a bigger prize, or the biggest of them all -- an Olympic gold medal.

The 25-year-old finished just shy of a medal at last year's Tokyo Olympics, where he finished fourth. It was still the best Olympic showing by a South Korean track and field athlete, and Woo said Tuesday he wants to top himself in two years' time in Paris. 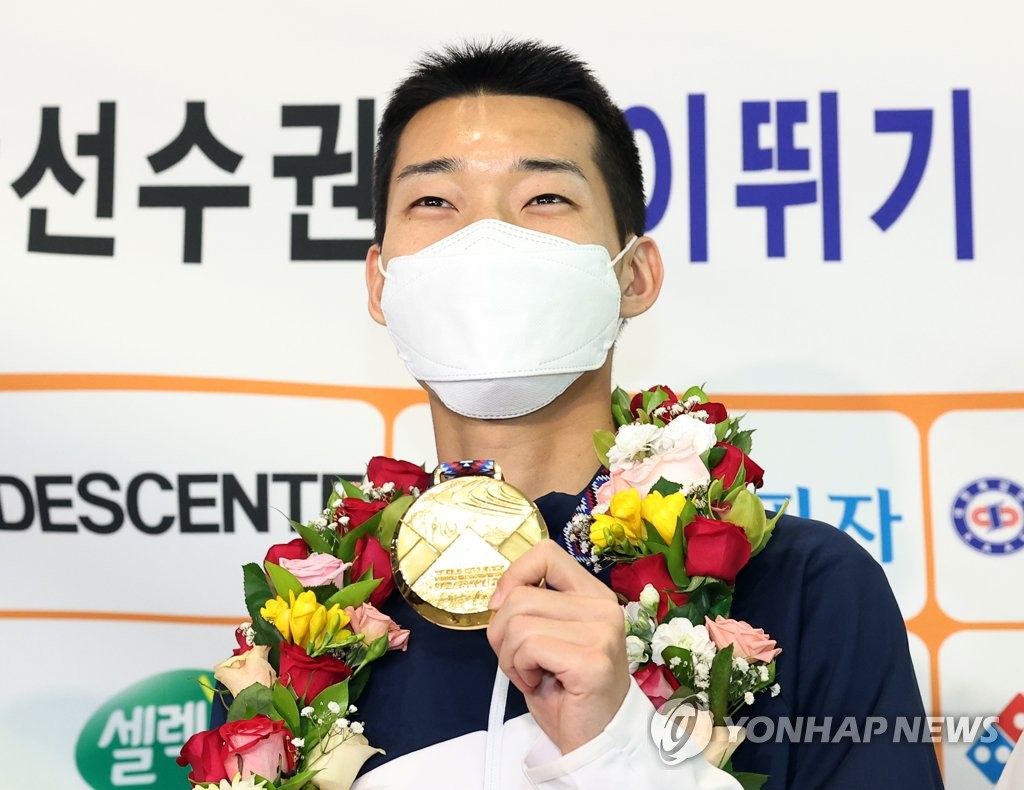 "Being a world champion is not easy. Now that I've won my indoor world title, I want to go for the outdoor championship and also the gold medal at the Paris Olympics," Woo told reporters at Incheon International Airport in Incheon, 40 kilometers west of Seoul. "I've always wanted to be the 'first.' I am now the first world champion from Korea, and I would love to be the first in something else too."

Woo had stalled for months before jumping 2.31m in June 2021. He then set the national record in Tokyo by clearing 2.35m in August. Just six months later, he improved that by another centimeter.

"There's no secret to it. By competing at the Tokyo Olympics, I got to learn a bit more about how to best prepare for competitions," Woo said. "And because I had a good result in Tokyo, I started enjoying myself more, even during training. It's been a lot of fun." 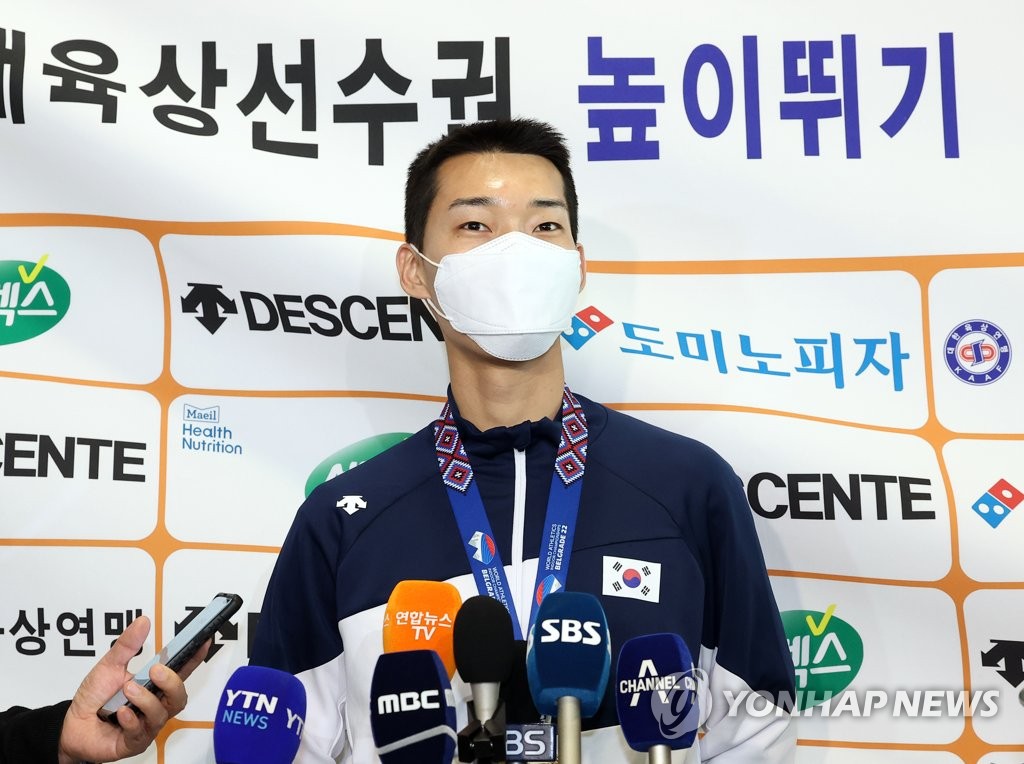 Woo said winning the gold in Serbia lifted a huge weight off his shoulders. He entered the competition as the world's top-ranked high jumper for the season, but he knew the status didn't guarantee him anything.

And once Woo took care of business, all that was left for him to do was to soak it all in.

"All the athletes congratulated me, and spectators chanted my name from the stands. It felt unreal," Woo said. "Now that I am back in Korea, it has really hit me." 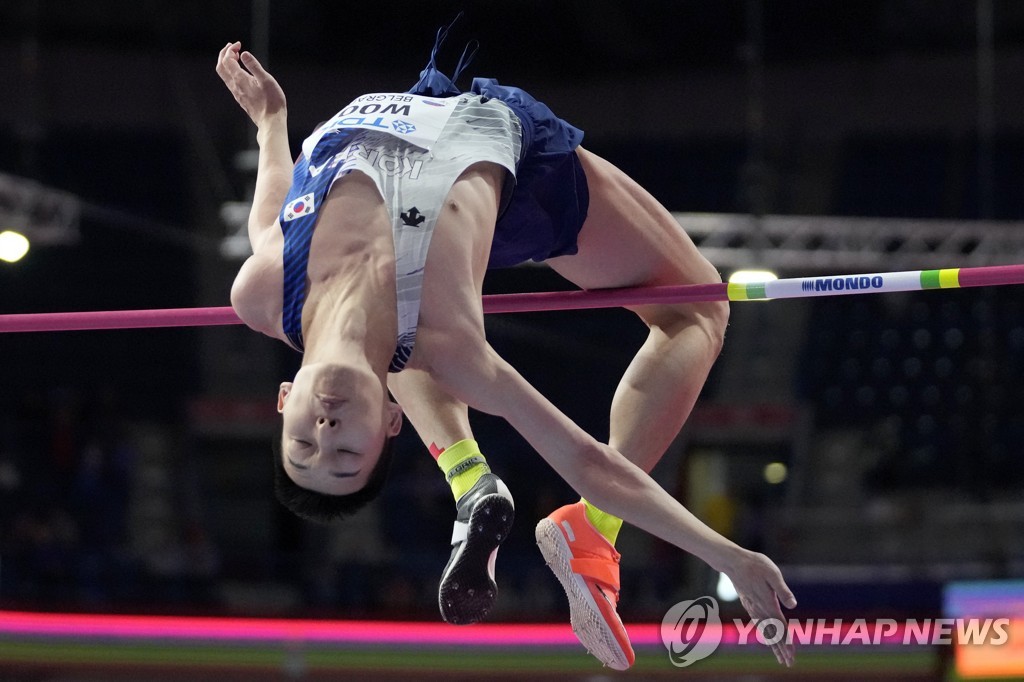 The outdoor world championships will take place in July in Eugene, Oregon, and Woo said his biggest challenge will come not from anything related to techniques but from his battle with weight. He said he'd checked in at 82kg before starting his U.S. training camp three months ago and competed at 68kg in Serbia.

"I absolutely love eating, and it won't be easy to maintain my weight for the next four months," Woo said with a smile. "But it's great to have a chance to compete at the world championships." 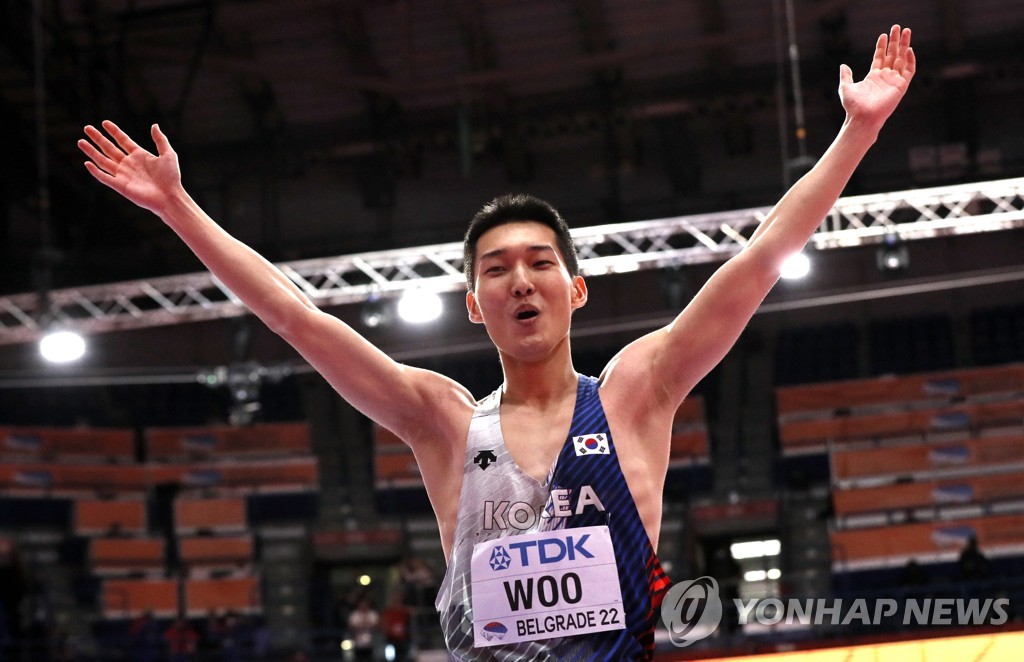