SEOUL, March 22 (Yonhap) -- Global credit appraiser Fitch Ratings on Tuesday lowered its 2022 growth outlook for the South Korean economy to 2.7 percent from 3 percent, citing the economic fallout of the Russian aggression against Ukraine.

"The rise in energy prices related to the Ukraine-Russia conflict will act as a drag on household consumption and business activity," Fitch said in a report on the 2022 global economic outlook.

The report said, "Diminished global demand in 2022 will also weigh on the export sector, while supply-chain disruptions may take longer to ease."

Fitch's downward revision came as the South Korean economy faces growing uncertainty from the Ukraine crisis and the upsurge in COVID-19 cases.

On Tuesday, South Korea reported 353,980 new COVID-19 infections, raising the total caseload to 9,936,540, the Korea Disease Control and Prevention Agency (KDCA) said. The total caseload is expected to breach the grim milestone of the 10 million mark within the day, meaning 1 out of 5 South Koreans have become infected with COVID-19.

In February, the Bank of Korea maintained its growth outlook for the South Korean economy at 3 percent for this year. But the BOK raised its inflation growth outlook to 3.1 percent from 2 percent.

Fitch also revised up its 2022 inflation forecast for South Korea to 4.1 percent from its earlier estimate of 2.6 percent. The agency forecast Korea's inflation growth to remain above 3.5 percent until the beginning of 2023. 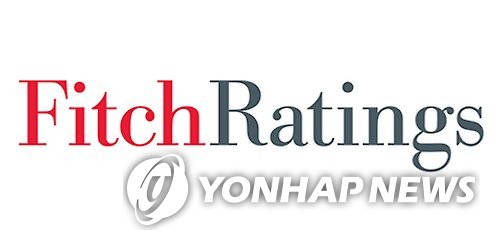 The rating agency said the BOK is expected to hike the policy rate to 2 percent by the end of this year from the current 1.25 percent. In January, Fitch forecast the BOK to raise the key rate to 1.75 percent by year-end.

"We expect the tightening cycle to resume in the April meeting," Fitch said.

In February, the BOK froze the benchmark interest rate at 1.25 percent amid concerns that the surge in virus cases and the Ukraine conflict could undercut economic recovery momentum.

But the BOK is widely expected to further hike the interest rate in the coming months to tame inflation. The BOK raised the base rate by a quarter percentage point in January, marking the third of its kind since August last year.

Fitch has maintained South Korea's sovereign rating at "AA-," the fourth-highest level on its table, with a "stable" outlook.