SEOUL, March 22 (Yonhap) -- The government should consider asking Pfizer whether it would be possible to produce copies of its COVID-19 antiviral pill Paxlovid in South Korea in exchange for royalties, the chairman of the transition team said Tuesday.

Ahn Cheol-soo said the possibility was discussed during a meeting of the transition team's special COVID-19 committee the previous day.

"We're experiencing a severe shortage of Paxlovid and other oral treatment pills," he said during a press briefing. "It's possible we will completely run out in April."

Ahn is a licensed medical doctor and doubles as chief of both the transition team and the COVID-19 committee.

"With Paxlovid, it's never been done before, but there's a need to sound out the possibility of asking the manufacturer whether we can pay a royalty for the patent and make copies in the country," he said. 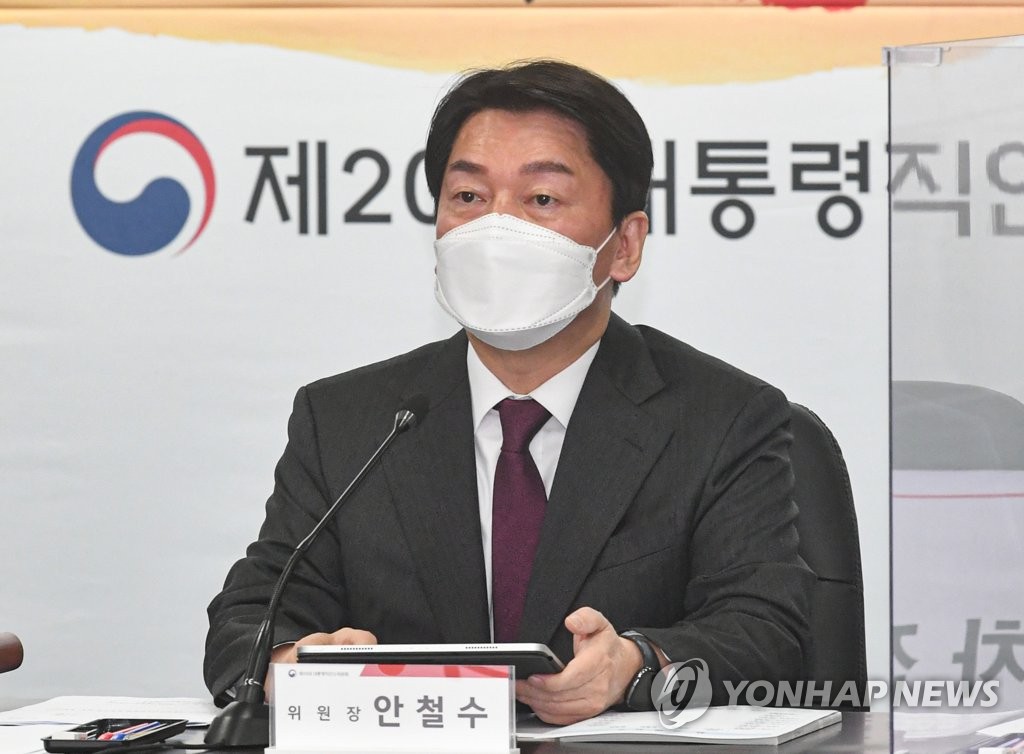 Ahn suggested conducting COVID-19 antibody tests on a regular basis so the authorities can better assess the virus situation.

"If we regularly survey antibody seroprevalence rate, we will be able to set up accurate virus prevention measures by age and by region," Ahn said. "It means that a scientific virus response system is possible."

He also called for having a "fast-track" system that allows old citizens and people with underlying diseases to get tested and receive treatment first.

Ahn said the COVID-19 response panel has agreed the vaccine pass system, which requires people to show proof of vaccination or a negative test result to enter public facilities, is no longer needed.

Regarding compensation measures to the pandemic-hit small merchants, Ahn said the committee will soon discuss the matter with financial authorities.