Led by Rep. Lee Kwang-jae of the Democratic Party, chairman of the foreign affairs committee, ruling and opposition members of the committee discussed the idea last weekend, according to the officials.

A committee official told Yonhap News Agency by telephone that Zelenskyy's side is also considering asking for a chance to deliver a virtual speech at the National Assembly and details could emerge around next week.

Both ruling and opposition lawmakers are believed to be positive about the idea.

If Zelenskyy's speech happens, it will take place in April, another committee official said.

Zelenskyy has delivered virtual addresses to the U.S. Congress, as well as legislatures in Europe and Canada. He will deliver a virtual address to the Japanese parliament Wednesday.

South Korea, which has joined international sanctions against Russia, decided last week to provide Ukraine with non-lethal military supplies, such as bulletproof helmets and blankets, as well as medical items. 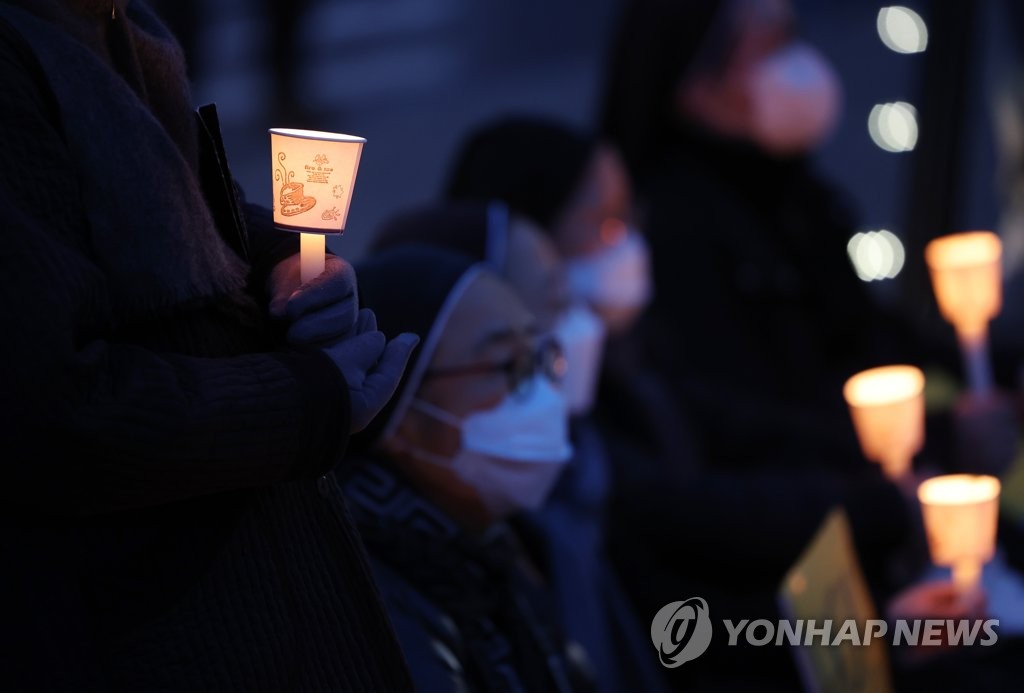