SEOUL, March 22 (Yonhap) -- A South Korean Marine draftee has departed for Poland without approval while on vacation, a military official said Tuesday, amid a report that he intends to help Ukraine's fight against Russia's invasion.

On Monday morning, the Marine, whose name was withheld from the media, left for the country close to Ukraine through Incheon International Airport, the official said without elaboration.

Earlier in the day, a local media outlet reported that he seeks to join the foreign legion in Ukraine.

"We are trying to reach him through his father and friends, so that he returns home voluntarily," the official said on condition of anonymity. "We are also working closely with related authorities to take him into custody."

South Korea is currently cooperating with Polish authorities to check if the soldier has entered Ukraine, according to diplomatic sources.

By law, active service members must get prior approval before traveling overseas during their vacation. Otherwise, they can be punished for desertion.

South Korea has banned its citizens from traveling to Ukraine since mid-February amid safety concerns. 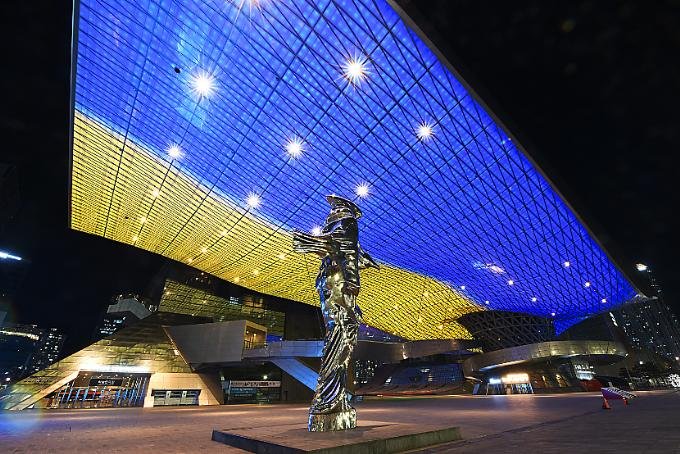