The Blue Jays have announced Ryu as their starter against the Detroit Tigers at TD Ballpark in Dunedin, Florida, at 1:07 p.m. Friday (local time), or 2:07 a.m. Saturday (Seoul time). The left-hander will turn 35 that day.

Ryu will be the last among five projected Toronto starters to take the mound in spring training. Jose Berrios, Alek Manoah and Yusei Kikuchi have all pitched, and Kevin Gausman will be on the hill Thursday. 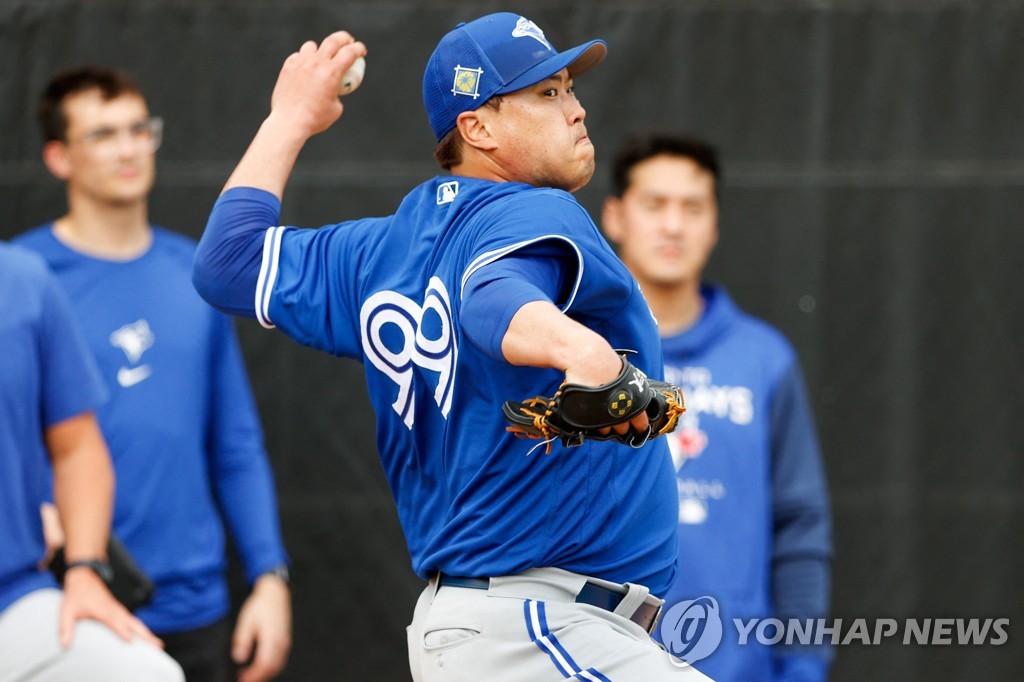 The start of this year's spring training was delayed by over a month after Major League Baseball (MLB) owners locked out players over a labor dispute. The ownership and the players' union reached an agreement on March 10, sending 30 big league clubs scrambling to get their training camps set up. The regular season will begin April 7.

During the lockout, Ryu stayed put in South Korea to train -- first on his own and later with his former Korea Baseball Organization (KBO) club, the Hanwha Eagles.

Ryu left for the United States on March 14 and threw his first live batting practice over the weekend.

Ryu is entering the third year of his four-year contract worth US$80 million and is coming off his worst full season as a major league starter. 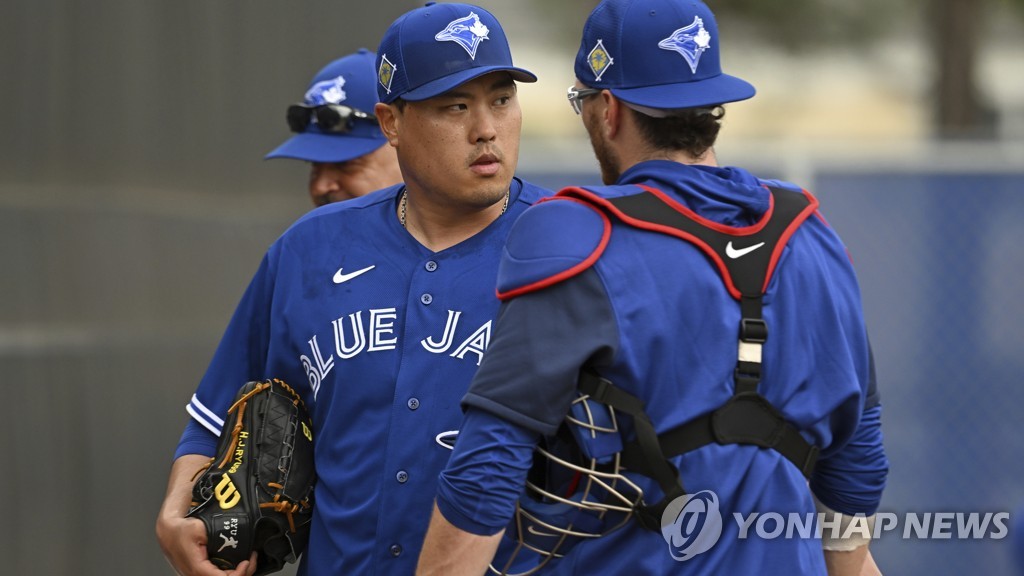 Though Ryu tied his career high with 14 wins and established a new personal best with 31 starts, he also posted his worst ERA over a full season at 4.37 over 169 innings. He struck out about two fewer batters per nine innings than he had in 2020, when he finished third in the American League Cy Young Award voting.

Ryu was Toronto's Opening Day starter in both 2020 and 2021, but he is mostly regarded as the team's No. 3 or No. 4 starter this year, behind Gausman, the Blue Jays' prized offseason signing, and two returnees in Berrios and Manoah. Kikuchi, a former All-Star with the Seattle Mariners, signed with the Blue Jays soon after the lockout ended, becoming the second lefty in the rotation alongside Ryu.

Ryu has previously said his goal every season is to make at least 30 starts and put up a sub-3.00 ERA. 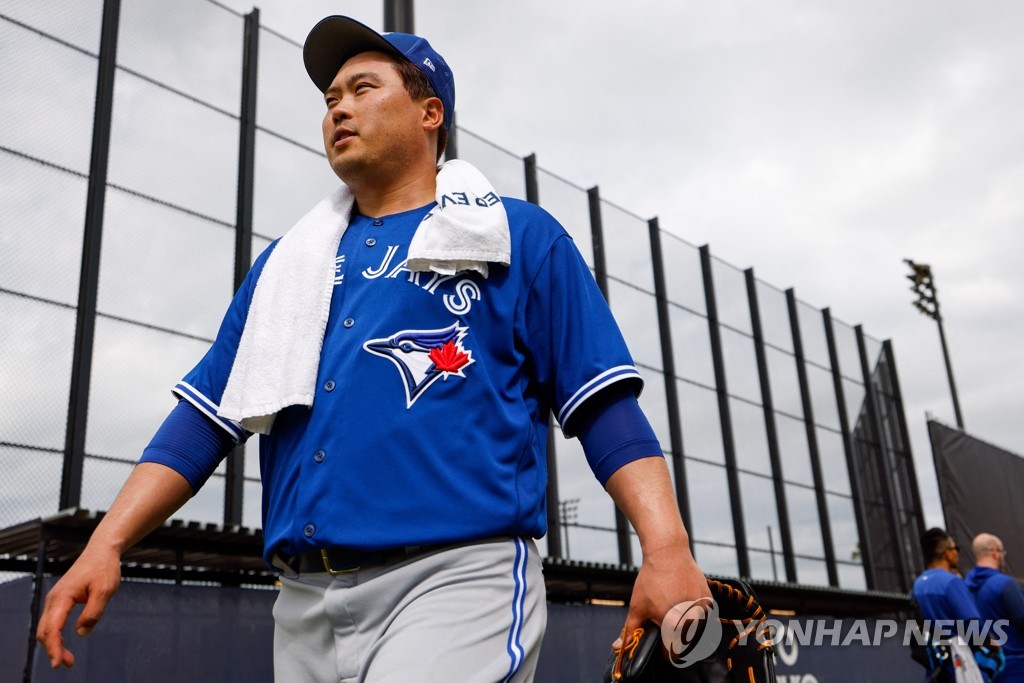