During the 30-minute talks, the Vietnamese president congratulated Yoon for winning the election and asked him to visit Vietnam as soon as possible, the spokesperson Kim Eun-hye said.

The Vietnamese president also hoped that Yoon would make achievements in overcoming the COVID-19 pandemic and spurring an economic recovery from the pandemic, Kim said.

Yoon and the Vietnamese president also agreed to bolster cooperation for North Korea's denuclearization and stabilization in the Indo-Pacific region, according to Kim. 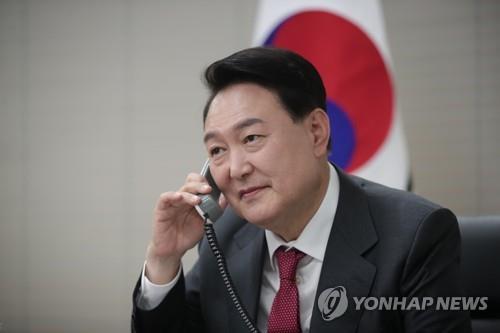