YG Entertainment also unveiled a teaser poster featuring white, pink, yellow and red daisies in full bloom for the highly anticipated song set to be out on April 5 at midnight.

The four-piece group has announced that it will come back to the K-pop scene that day without giving further details.

"'Still Life' is a song that represents the members' past time by implication," YG said. "It contains their sincere music and messages."

The song, whose original Korean title is "April, Summer, Autumn and Winter," will mark the group's first release since "Flower Road" in 2018.

Debuting in 2006 as a five-member group, BIGBANG has since released a number of hit songs, such as "Lies," "Last Farewell," "Fantastic Baby" and "Bang Bang Bang," standing in the forefront of an Asiawide boom of Korean pop music.

The group, however, had a four-year-long hiatus as four of its members -- T.O.P, G-Dragon, Taeyang and Daesung -- were enlisted in military service in that order. All able-bodied South Korean men must carry out compulsory service for about two years in a country that faces constant security threats from North Korea.

The band later was reduced to a four-member group after the expulsion of Seungri over his involvement in a sex and gambling scandal. 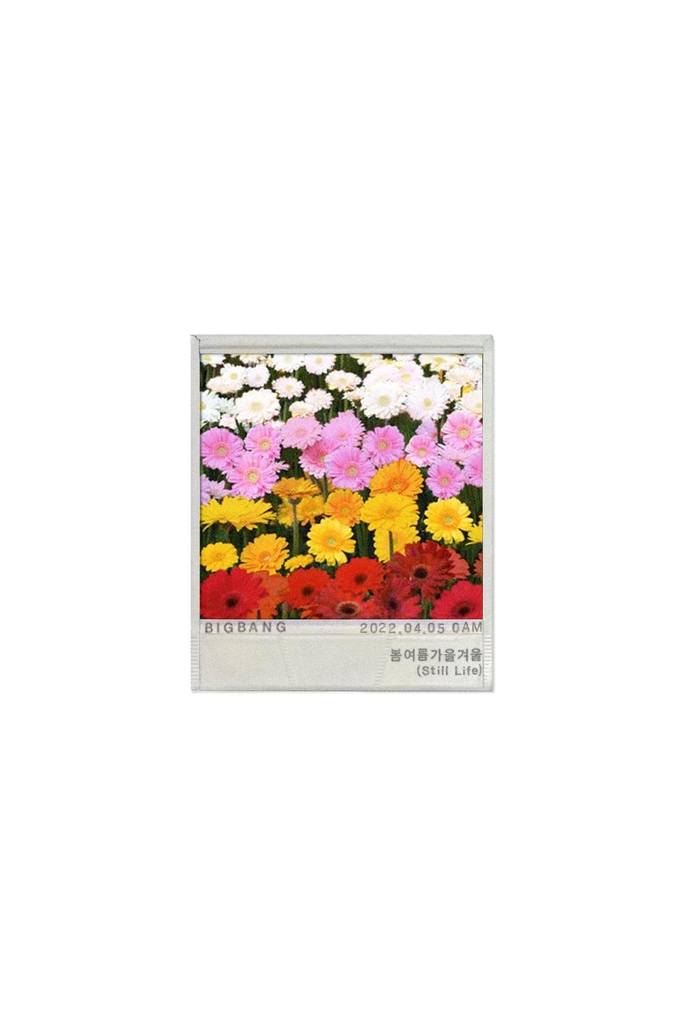