Moon made the remarks while presiding over an emergency meeting of the National Security Council (NSC) convened shortly after the North fired an apparent long-range ballistic missile toward the East Sea, Cheong Wa Dae said in a statement.

"North Korea's launch represents a scrapping on its own of a moratorium on ICBM tests that State Affairs Commission Chairman Kim Jong-un promised to the international community and a clear violation of U.N. Security Council resolutions," Moon was quoted as saying during the meeting.

Moon "strongly condemned" the launch, saying it "causes a serious threat to the Korean Peninsula and beyond, and called for Pyongyang to immediately stop actions that raise tensions and return to the dialogue table.

Noting the launch came at a time of government change in South Korea, Moon also ordered officials to explore all countermeasures while cooperating closely with related countries and the international community based on the staunch Korea-U.S. alliance.

The North's latest launch came as South Korean and U.S. military authorities have warned Pyongyang was preparing for a launch of its biggest intercontinental ballistic missile.

South Korea's military said the North's missile reached a maximum altitude of 6,200 kilometers and flew 1,080 kilometers. North Korea had not launched an ICBM since 2017.

The North's launch also comes at a sensitive time for South Korea, as conservative President-elect Yoon Suk-yeol is set to succeed the liberal Moon administration. Yoon has pledged to take a tougher stance on North Korea.

Thursday's launch was the North's 12th round of weapons tests this year. 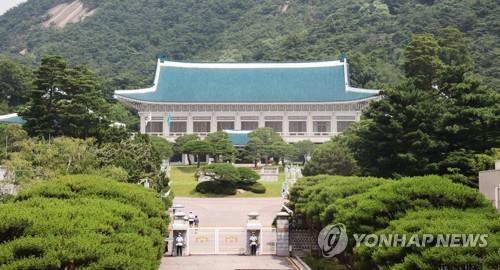