Responding quickly to Pyongyang's launch of the projectile into the East Sea, President Moon Jae-in accused the North's leader Kim Jong-un of breaking the promise of a self-imposed moratorium on ICBM testing.

Many regard it as a potential prelude to the recalcitrant Kim regime's push for another nuclear test, a "red line" drawn by South Korea and the United States.

Pyongyang has carried out six known nuclear tests since 2006, the last one in September 2017, at its Punggye-ri experiment site located in a mountainous northeastern region. 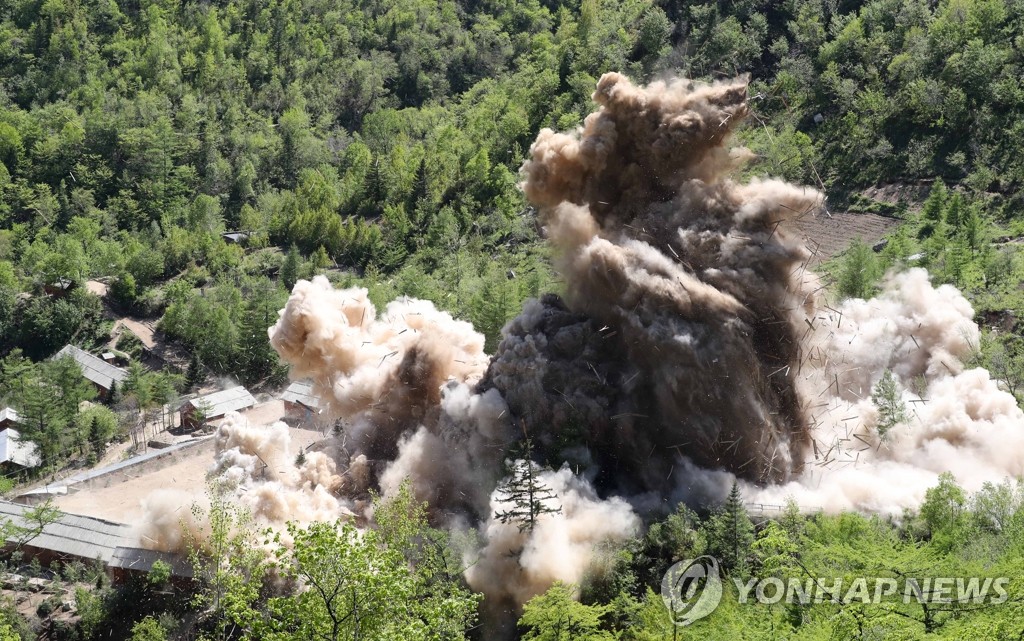 The unpredictable North shut it down in 2018, blowing up some tunnels there, with a pledge to halt all nuclear tests, intended as a dialogue gesture towards Washington.

It even invited foreign journalists to witness the demolition. But the closure of the site has not been formally verified.

Of late, speculation has been rampant that the secretive nation could be working to repair the nuclear testing zone.

There is a view that the North may be able to bring it back to a state of readiness within the coming three to four months, at the earliest.

"All evidence points to the fact that North Korea has not abandoned the site and that the site is in caretaker status," Joseph Bermudez, senior fellow at the Center for Strategic and International Studies (CSIS) reportedly said, citing satellite photos of such activities as vehicle movements around the facilities.

Another possibility is that the North already has a new site for a nuclear test.

Furthermore, it seems to have reactivated the Yongbyon nuclear reactor, according to commercial satellite imagery.

A dilemma for Seoul and Washington is that they have no realistically effective means to stop Pyongyang from crossing the so-called red line.