(ATTN: UPDATES with reports of U.S. calling for a U.N. Security Council meeting, additional information in paras 9-11)
By Byun Duk-kun

WASHINGTON, March 24 (Yonhap) -- The United States on Thursday condemned North Korea's launch of an intercontinental ballistic missile (ICBM), vowing to take all necessary measures to ensure the security of the country and its allies.

White House Press Secretary Jen Psaki also said the path to diplomacy was still open but that the North must immediately stop its destabilizing actions.

"The United States strongly condemns the Democratic People's Republic of Korea (DPRK) for its test of a long-range ballistic missile," Psaki said in a released statement, referring to North Korea by its official name. 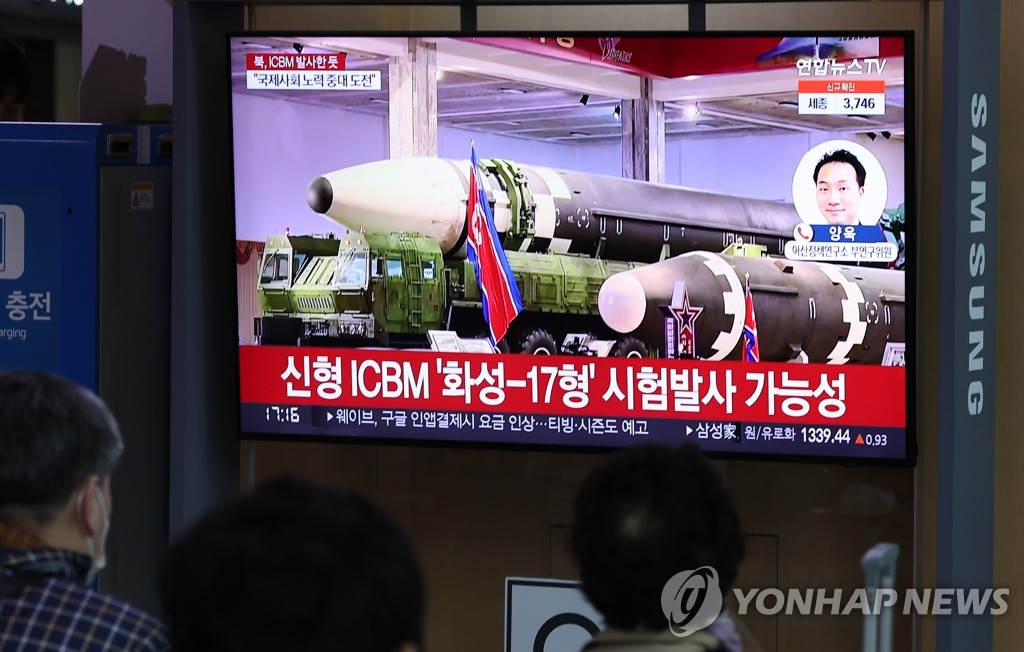 North Korea fired an ICBM toward the East Sea on Thursday (Seoul time), ending its self-imposed moratorium on nuclear and long-range missile testing that has been in place since late 2017.

The U.S. earlier said the North may launch an ICBM, noting its two recent missile tests on February 27 and March 5 (Seoul time) had involved a new ICBM system.

"This launch is a brazen violation of multiple UN Security Council resolutions and needlessly raises tensions and risks destabilizing the security situation in the region," she said. "This action demonstrates that the DPRK continues to prioritize its weapons of mass destruction and ballistic missile programs over the well-being of its people."

She added the U.S. was working in close coordination with its allies to assess the situation.

"We urge all countries to hold the DPRK accountable for such violations and call on the DPRK to come to the table for serious negotiations," she said.

The U.S. has reportedly called for a U.N. Security Council meeting to discuss the North's latest missile launch.

The U.S., together with at least four other members of the U.N. Security Council -- Albania, Britain, France and Norway -- demanded a meeting be held Friday, according to a report by Reuters.

If held, it will mark the fourth U.N. Security Council meeting this year to discuss North Korea's missile provocations. Previous meetings have failed to produce any concrete action, reportedly due largely to opposition from China and Russia, both veto power-wielding permanent members of the council and close allies of North Korea.

The White House spokesperson urged Pyongyang to engage in dialogue.

"The door has not closed on diplomacy, but Pyongyang must immediately cease its destabilizing actions. The United States will take all necessary measures to ensure the security of the American homeland and Republic of Korea and Japanese allies," the released statement said.

The call for North Korea's return to dialogue was echoed by the State Department.

"We stand with the international community to call on the DPRK to refrain from further provocations and engage in sustained and substantive dialogue," department spokesperson Ned Price said in a statement.

"We have been and will continue to coordinate closely with our allies and partners to address the threats posed by the DPRK, and to advance our shared objective of the complete denuclearization of the Korean Peninsula," he added.