North Korea fired the long-range missile into the East Sea earlier in the day, marking its 12th known show of force this year.

The two also agreed on the need for stern actions, including additional measures by the U.N. Security Council.

During the talk, they vowed to maintain close coordination between the allies and an unwavering combined defense posture.

Furthermore, Chung and Blinken agreed to continue their discussions on regional and global issues at the foreign ministerial meeting of the North Atlantic Treaty Organization (NATO) in Brussels in early April. 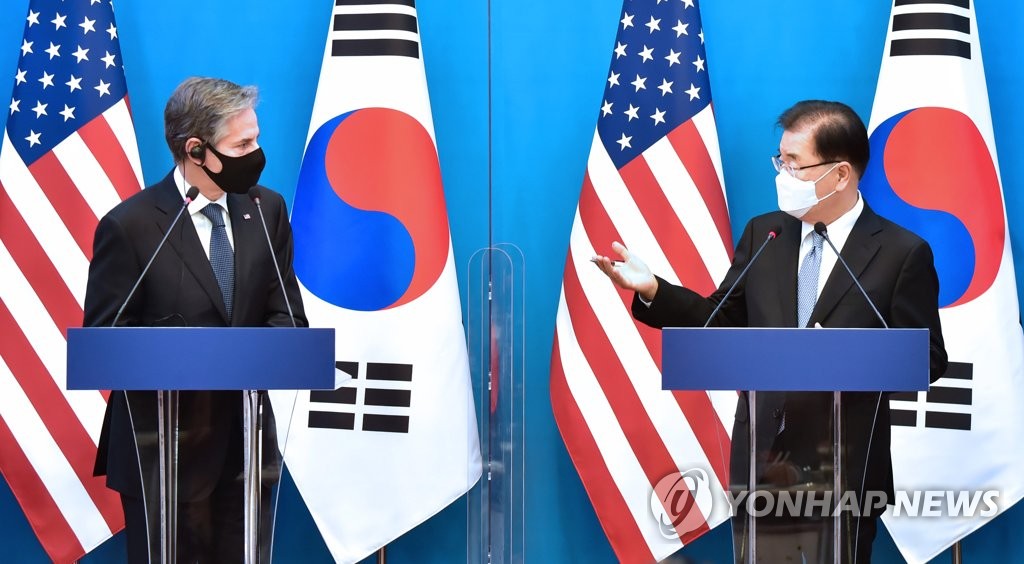