SEOUL, March 25 (Yonhap) -- President-elect Yoon Suk-yeol warned North Korea on Friday it will gain nothing from provocations, a day after the North successfully test-fired a massive intercontinental ballistic missile capable of striking all of the United States.

"I sternly warn North Korea that there is nothing that can be gained from provocations," Yoon wrote on his Facebook page. "The Republic of Korea will safeguard freedom and peace by building a stronger security posture."

Following the North's ICBM test Thursday, Yoon's transition team condemned the launch as a scrapping of the North's self-imposed moratorium on nuclear and ICBM tests, a violation of U.N. Security Council resolutions, and a serious provocation threatening South Korea's security.

"The transition committee strongly condemns such provocative acts that threaten peace in Northeast Asia, including the Korean Peninsula, and the world," it said in a statement.

"We must respond strongly to North Korea's provocations by cooperating with the international community upon the foundation of close coordination between South Korea and the United States," it said.

The committee urged the U.N. Security Council to convene an emergency meeting and denounce the North's launch while take corresponding action.

It also called on the Moon Jae-in government to defend the people's safety by devising firm political, diplomatic and military measures in response to North Korea's threats. 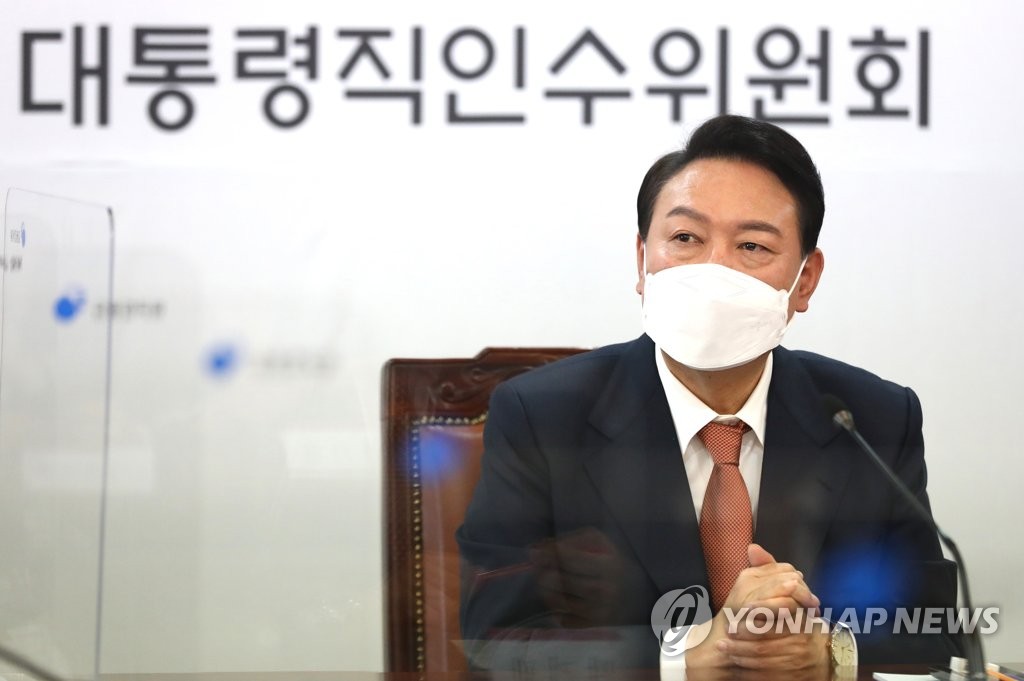 (LEAD) Yoon warns N. Korea will gain nothing from provocations after ICBM launch

(LEAD) Yoon warns N. Korea will gain nothing from provocations after ICBM launch