SEOUL, March 25 (Yonhap) -- For each season, NC Dinos' pitcher Drew Rucinski sets a series of challenges for himself. They mostly stay the same: being healthy enough to hold down a spot in the rotation for a full season, pitching deep into games and giving his team a chance to win as often as possible.

For 2022, his fourth year in the Korea Baseball Organization (KBO), the 33-year-old right-hander has given himself a new challenge: taking on and getting the better of his former teammate, Na Sung-bum.

After nine seasons with the Dinos as the first superstar for the expansion franchise, Na signed with the Kia Tigers as a free agent in December. At 15 billion won (US$12.3 million) over six years, Na will be playing for the hometown franchise that he grew up rooting for in Gwangju, some 330 kilometers south of Seoul. 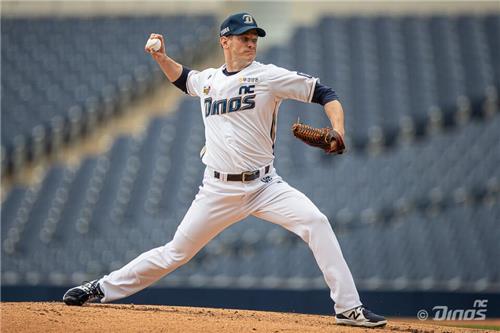 In other words, Na is the kind of player you'd love to have on your team, but you'd hate to face as an opponent.

But Rucinski will be ready.

"It's going to be fun. It's a challenge," Rucinski told Yonhap News Agency in a phone interview Tuesday. "He's always so prepared. (I have) just got to go out there and make good pitches, and not make mistakes. Anytime you get to face a good hitter, you want to figure out how to win that challenge. I look forward to it."

Asked if he had identified any weaknesses for Na while they were teammates, Rucinski laughed and said, "There are certain things that every hitter has, but I am not going to get into specifics."

"Sung-bum is a good hitter. The power is tremendous. He's going to make adjustments," Rucinski added. "He knows what we're trying to do (as opposing pitchers). So you always have to play mind games and try to be one step ahead of him." 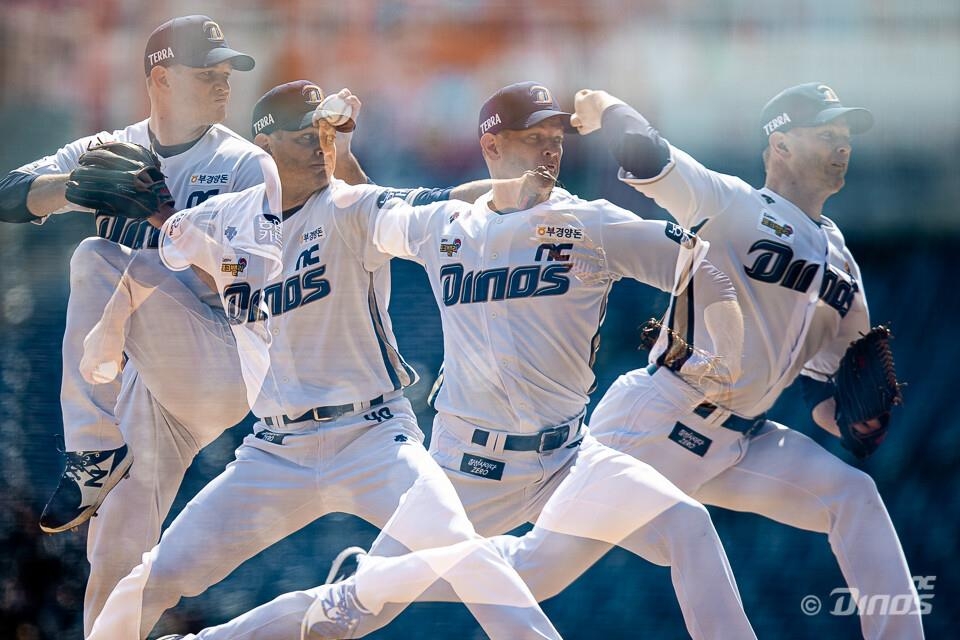 And those mind games will go both ways. Even for hitters as dangerous as Na, facing Rucinski, who has been one of the most reliable starting pitchers since arriving in the KBO in 2019, won't be an easy task.

In the 2019-2021 period, Rucinski led the KBO with 43 wins, 539 innings pitched and 463 strikeouts. He ranks third in both ERA with 3.09 and in walks and hits per innings pitched (WHIP) with 1.21. Rucinski has thrown 56 quality starts -- an outing with at least six innings pitched with no more than three earned runs allowed -- to tie for second place. Opposing hitters have put up a .640 on-base plus slugging percentage (OPS) against Rucinski, the second-lowest mark in that three-year span.

Rucinski also helped the Dinos to their first-ever Korean Series championship in 2020. He went 2-0 with a save and a 0.69 ERA in three appearances, and finished runner-up in the series MVP voting. 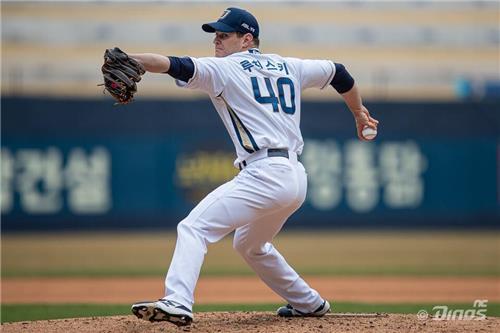 Rucinski, the highest-paid foreign player this season at $2 million, has little left to prove in this league, but he said he wants to savor another championship moment.

"We want to get back to the championship. I think that's always the goal for every team," said Rucinski, whose Dinos did not make the postseason in 2021. They were the first KBO team since the 2010 Kia Tigers to miss the playoffs a year after winning the Korean Series.

"We have a lot of young talent that had some chances to play a bit last year and hopefully with that experience last year, they're going to be ready to go this year," Rucinski added. "We have some young pitching I am excited about. I think we'll be good. We'll compete, and we're always going to play hard. I am proud of how hard our guys have worked this spring, and all you can do is to hope that will lead to great results in the (regular) season." 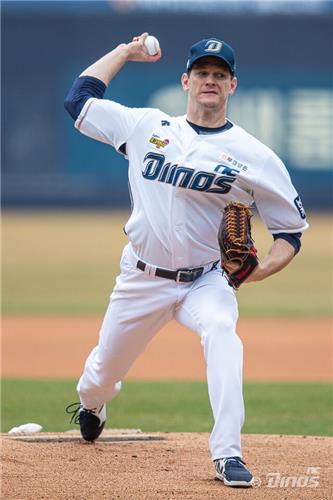 A major off-field scandal held the Dinos back in their title defense last summer. Four key players, third baseman Park Sok-min, All-Star second baseman Park Min-woo, and outfielders Lee Myung-ki and Kwon Hui-dong, were suspended for 72 games by the KBO after violating social distancing protocols. The Dinos issued their own punishments for these violations -- a 50-game ban on Park Sok-min and a 25-game suspension for the rest.

They will serve the two remaining games of the league-issued suspension at the start of this season and then the team's penalties will kick in.

Losing Na on top of having the above quartet of players missing is devastating, but the Dinos softened the blow somewhat by signing two star outfielders in free agency. 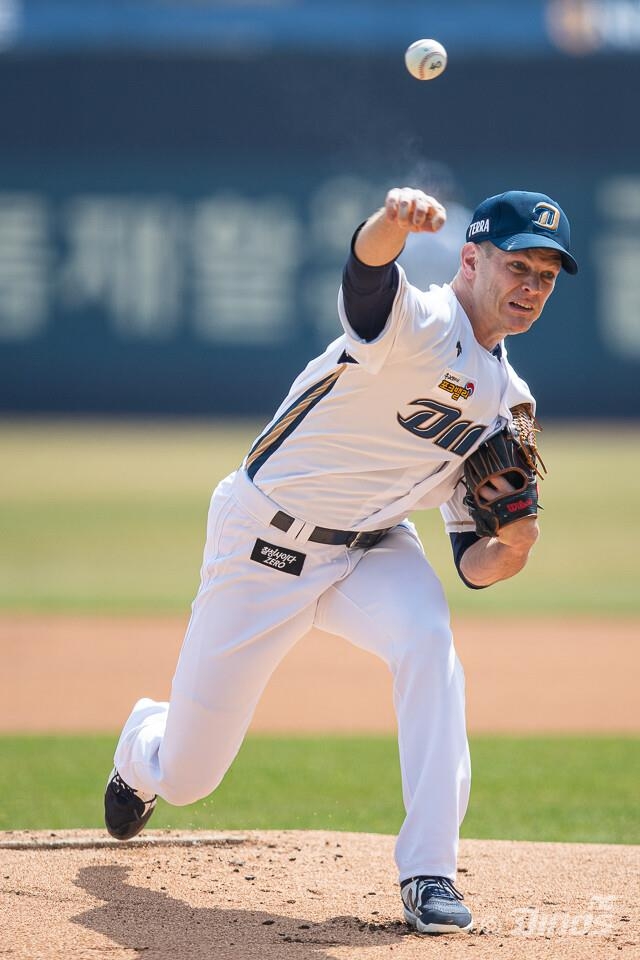 Park and Son are ranked second and third among active players in career batting averages with .325 and .324, respectively. The leader in that category is Park Min-woo, who is expected to rejoin the team in May. The three are second, third and fourth on the all-time list, respectively, while Son leads all current players with 2,080 hits. The Dinos boast three of the best contact hitters of this generation. 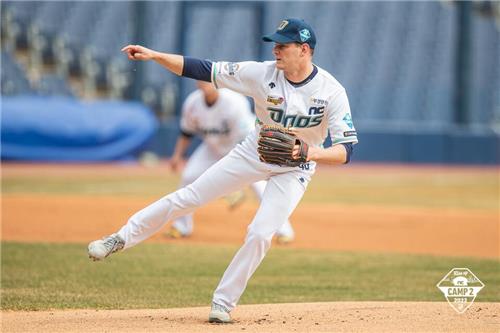 Rucinski said he always knew how tough Park Kun-woo and Son were as opponents and he had to bear down.
In 2021, Son batted just 1-for-6 with two strikeouts against Rucinski. Park managed just one hit in five at-bats against the American right-hander.

Rucinski said he's "excited" to have those two hitters on his team, and Park and Son probably feel the same way about not having to face Rucinski.

"They'll come up in big spots for us. They'll both be somewhere in the top of the order and get on base a lot," Rucinski said. "Great hitters. Hopefully, they can help us win."

With all those roster changes going around him, though, Rucinski has found his comfort level in the KBO -- be it around his teammates or on the mound, with three successful seasons under his belt.

"I know what to expect every day. It's just easier for me," he said. "I feel more comfortable and hopefully, that will lead to more success." 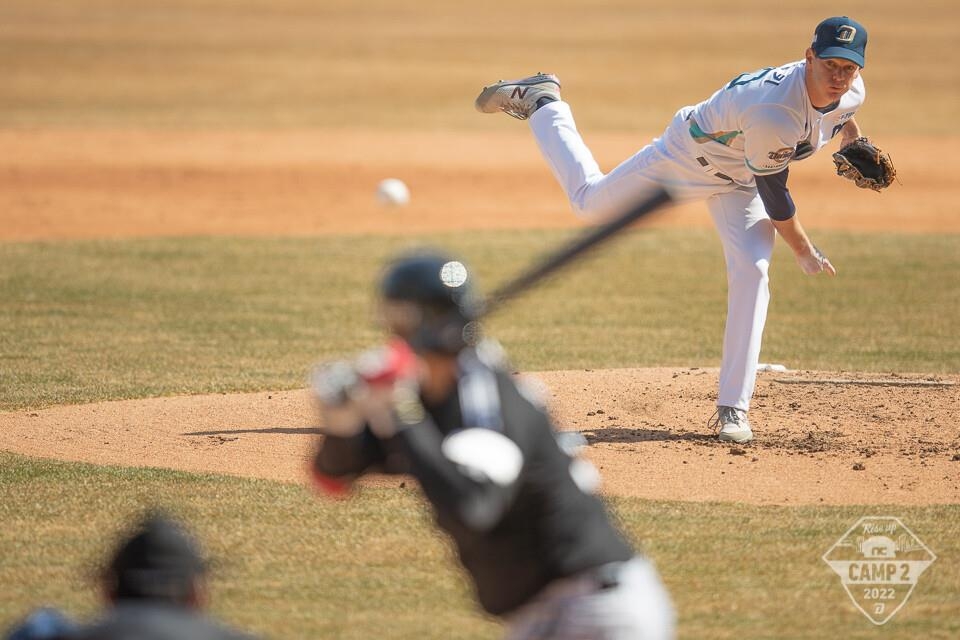