SEOUL, March 26 (Yonhap) -- Three nonfungible token (NFT) editions of a landmark abstract artwork by Korean modern art master Kim Whan-ki (1913-1974) have sold for around a combined 730 million won (US$597,870) at a Seoul auction, becoming the most expensive NFT editions for a Korean artwork ever, an online auction house said Saturday.

XXBLUE, a subsidiary of Seoul Auction Blue, said the NFTs of Kim's monumental canvas "05-IV-71 #200 (Universe)" have sold for a combined 194 ethers at an auction held on Upbit NFT, the crypto exchange's NFT marketplace platform, on Thursday and Friday.

They together became the most expensive NFT editions for any Korean artworks.

They were the first NFTs for an artwork from Kim that were produced with the permission for the exclusive copyright use by the Whanki Foundation. Their starting prices were 200 million won each.

Completed in 1971 as the only diptych from Kim, "Universe" is a masterpiece that makes viewers feel the lyricism of nature and the mystery of the vast cosmic space, according to art critics.

It fetched 13.2 billion won at an auction by Christie's Hong Kong in November 2019, becoming the most expensive Korean artwork in history. 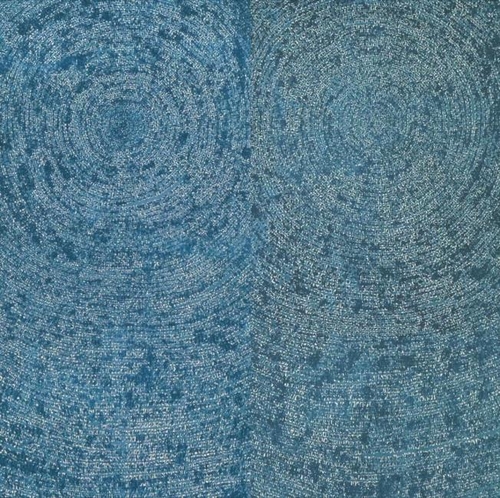