SEOUL, March 28 (Yonhap) -- Lee Jun-seok, the chief of the main opposition People Power Party (PPP), has found himself at the center of controversy with daily attacks on a disability advocacy group over their rush-hour protests causing delays in subway services.

Lee has been posting messages critical of the Solidarity Against Disability Discrimination (SADD) for days on his social media accounts, saying the group is causing inconvenience to many citizens using metro services in their commute hours.

Demanding measures to improve their mobility rights and budget for disability rights, the SADD has been leading subway protests since late last year and often caused delays in metro services during rush hours as some of their members used their wheelchairs to prevent trains from departing. 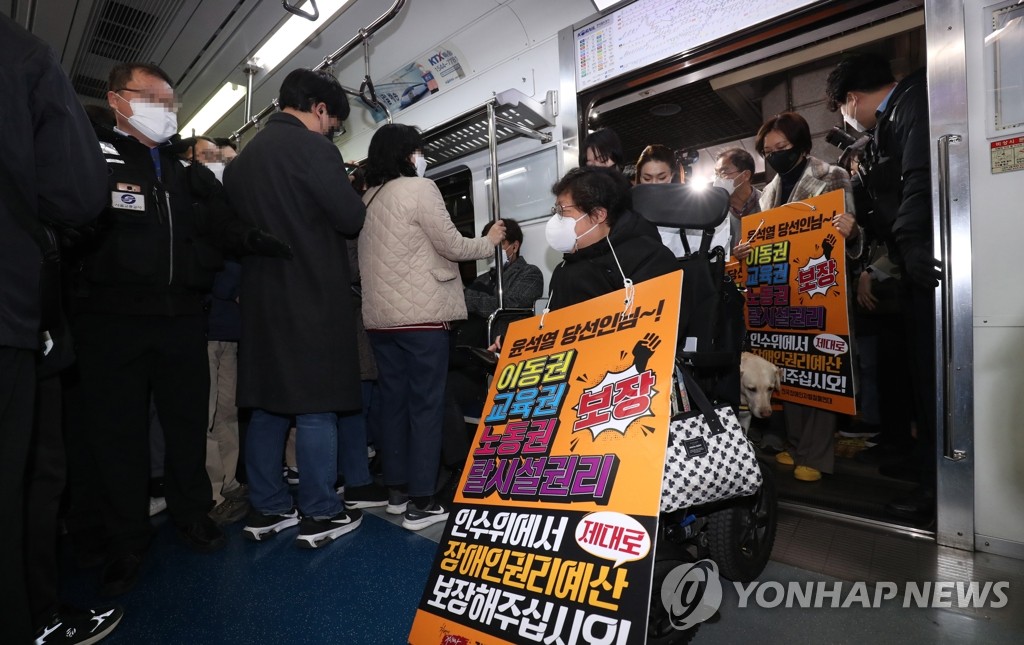 Lee has urged the SADD to stop the protests unconditionally, saying they are taking citizens "hostages."

"I demand the SADD to stop its current method of protest which is holding many random citizens as hostages," Lee said on his Facebook page on Sunday. "If people who want to get attention and appeal their cases all occupy the subway and cause inconvenience to the greater number of people, this cannot be called a civilized society."

On Friday, Lee called for police and transportation authorities to actively intervene.

"Any justified claim can be negatively evaluated if it excessively invades other people's rights," he said.

Lee's remarks generated a backlash from the liberal side in the political community, with lawmakers from the ruling Democratic Party (DP) and the minor progressive Justice Party criticizing the PPP leader for lacking empathy for the disabled.

"Lee said he did not speak words of hate, but he should realize why many people criticized and felt offended," Rep. Ko Min-jung of the DP wrote on her Facebook page. "His attitude towards the socially weak, such as women and the disabled, is why Lee's remarks are criticized." 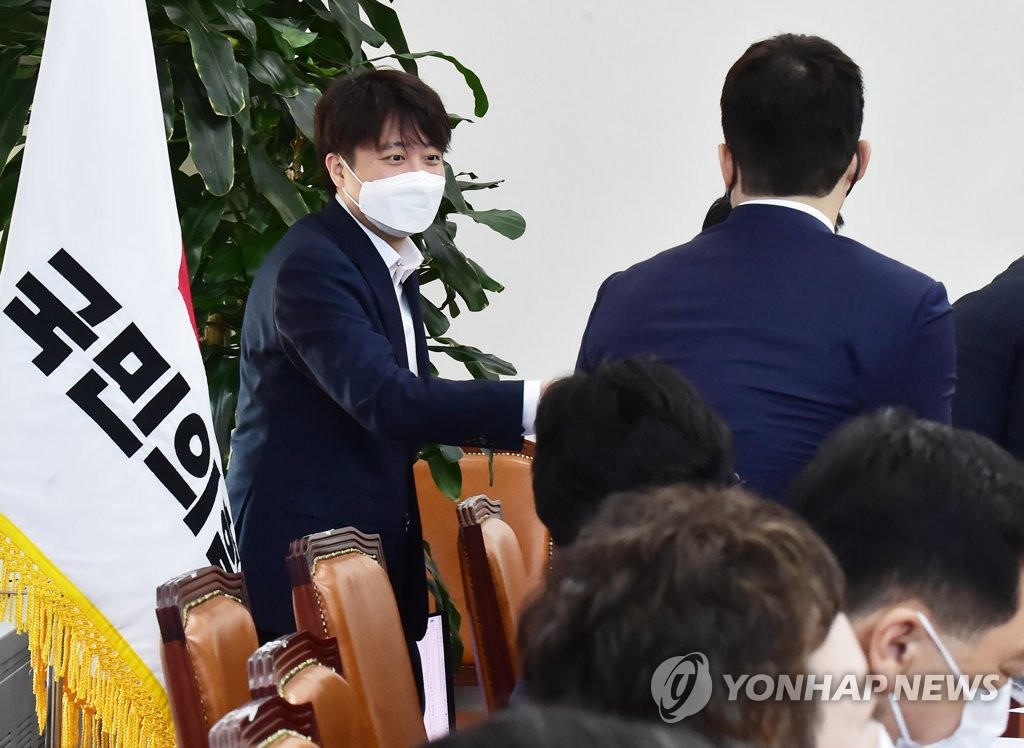 Rep. Jang Hye-yeong of the Justice Party said the reason why disabled people are protesting is that the PPP and Lee are ignoring calls for creating a budget for guaranteeing disabled people's rights.

"While ignoring demands from the protests, Lee's negligence that only focuses on hurting others by repeatedly mentioning elevator installation rates at stations is the reason for the protests," Jang said.

Even lawmakers from the PPP opposed Lee's view on the SADD's protests.

Rep. Kim Yea-ji, who has visual impairments, on Monday attended the SADD's subway riding campaign at Gyeongbokgung Station on Line 3 to support its protest.

"I feel responsibility as a politician," Kim said as she kneeled down in front of citizens at the station. "I am very sorry for causing inconvenience to people for an issue that the political community has not solved."

During a party meeting on Monday, some PPP lawmakers also reportedly expressed concerns over Lee's actions over the protests, saying they can have a negative influence on the party's campaign for local elections in June.

Lee reportedly defended his remarks by saying that they are his personal efforts to promote the issue and should not be considered as the party's opinion.

The SADD said it is sorry for causing inconvenience during rush hours but emphasized a change in policies for the disabled.

"We are sorry for causing inconvenience to people on their way to work," it said. "But for more than 20 years, what have politicians and the government done?"

Meanwhile, the presidential transition team said its society, culture, and welfare subcommittee members plan to visit the SADD's protest on Tuesday and listen to its demands.