The group appeared at Incheon International Airport in Incheon, about 40 kilometers west of Seoul, at about 6:40 p.m. and headed for the departure hall after greeting fans and reporters who were waiting for them.

Members Jungkook and J-Hope, however, did not show up. 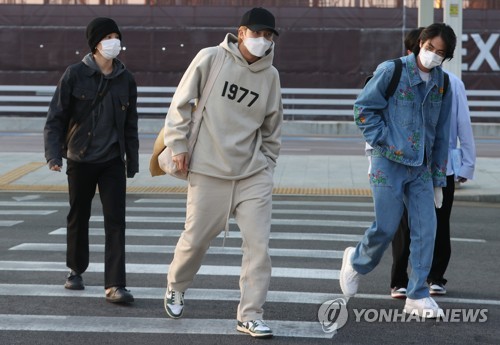 Jungkook left earlier due to his schedule related to the awards ceremony while J-Hope, who tested positive for COVID-19 on Thursday, is expected to head for the United States after he is released from self-isolation.

BTS was nominated for best pop duo or group performance for the 64th Grammy Awards on Sunday (U.S. time), possibly to become the first-ever K-pop artist to win a Grammy.

The South Korean septet will also take the stage at the awards ceremony as a performer for the third consecutive year.

It performed with Lil Nas X at the 62nd Grammy Awards held two years ago and hit the stage alone to perform its megahit "Dynamite" at the event's 63rd edition in March last year.

After the ceremony, BTS will hold four live concerts in front of fans at Allegiant Stadium in Las Vegas on April 8-9 and 15-16. 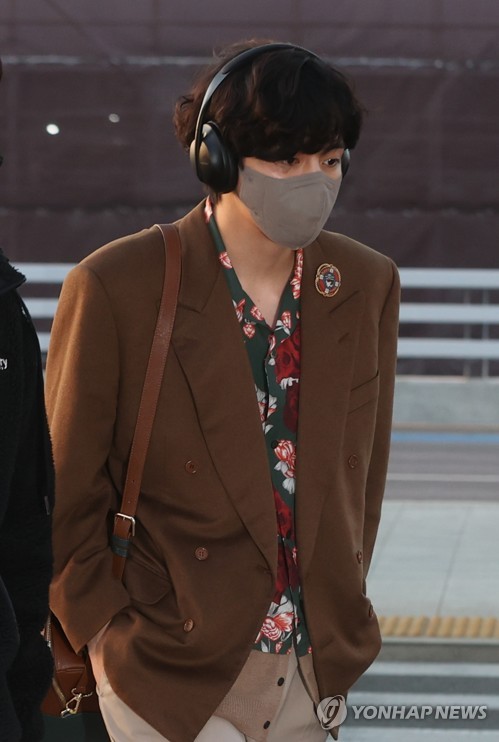