The society, welfare and culture subcommittee members held talks with representatives of the Solidarity Against Disability Discrimination (SADD) as well as the Korea Council of Center of Independent Living at Gyeongbokgung Station in central Seoul to discuss ways to solve the issue.

Demanding measures to improve mobility rights and budget for disability rights, the SADD has been leading subway protests since late last year and often caused delays in metro services during rush hours as some of its members used their wheelchairs to prevent trains from departing. 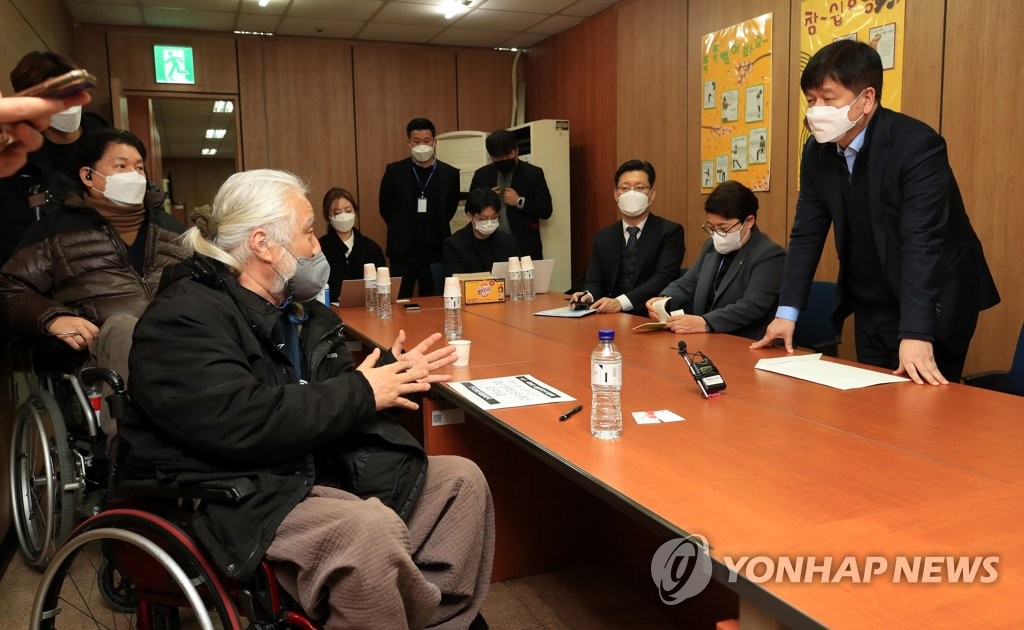 Their protests have become a hot issue after Lee Jun-seok, the chief of the main opposition People Power Party (PPP), said on his social media accounts for days that the SADD is taking citizens "hostages" and its method of protest is causing inconvenience to many people.

"We have waited 21 years on the issue of the mobility rights of the disabled," Park Kyoung-seok, co-head of the SADD, said during the meeting. "This is an important task that both the ruling and opposition parties need to solve quickly."

He urged the transition team to come up with answers by April 20, Disabled People's Day in South Korea.

Lim Lee-ja, a PPP lawmaker who heads the subcommittee, said the transition team is reviewing its demands, but asked the group to stop its rush-hour protests.

"I can understand your fight to achieve the rights and that you are desperate, but at the same time, other people are feeling inconvenience," Lim said. "Let's stop rush-hour protests from today and communicate with each other to solve the problem."

During the meeting, Park also asked Lim to tell Lee to issue an apology for his remarks, to which Lim responded that she will deliver the message to the PPP chief. 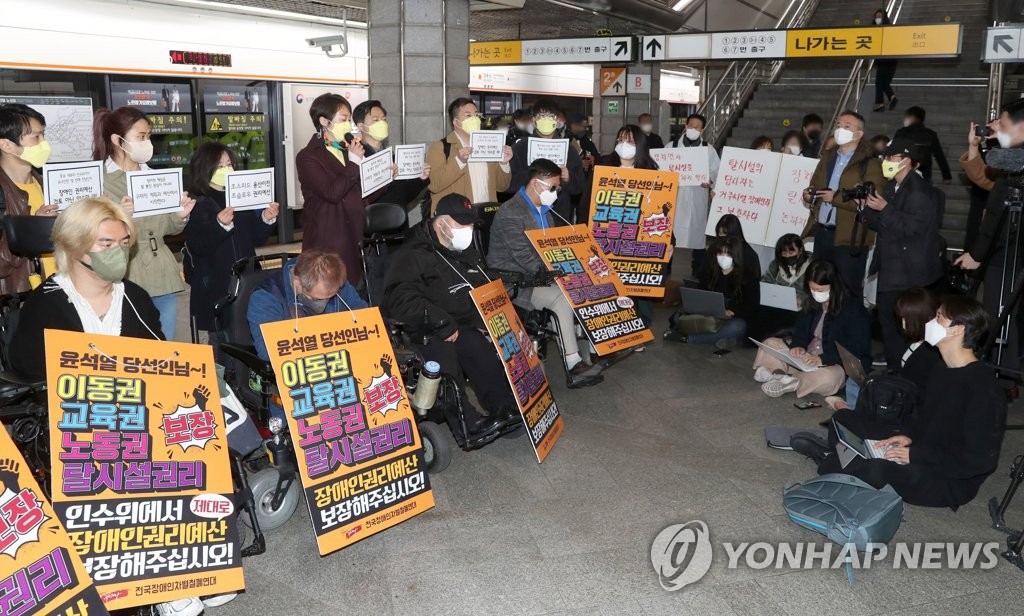