SEOUL, March 30 (Yonhap) -- The top professional baseball league in South Korea will celebrate its 40th anniversary this year, with the league's youngest franchise chasing their second straight crown while pitchers and batters across the league try to adjust to the expanded strike zone.

The Korea Baseball Organization (KBO) had its inaugural season in March 1982 and it will turn 40 on Saturday, with the defending Korean Series champions KT Wiz hosting the Samsung Lions on Saturday at KT Wiz Park in Suwon, some 45 kilometers south of Seoul. 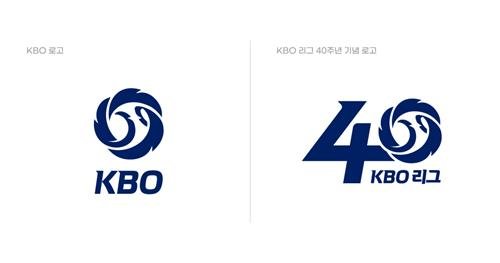 In other matchups: the NC Dinos will bring home the SSG Landers at Changwon NC Park in Changwon, 400 kilometers southeast of Seoul; the Kia Tigers will host the LG Twins at Gwangju-Kia Champions Field in Gwangju, 330 kilometers south of Seoul; the Kiwoom Heroes will take on the Lotte Giants at Gocheok Sky Dome in the capital city; and the Doosan Bears will meet the Hanwha Eagles at Jamsil Baseball Stadium in Seoul.

All five games are scheduled to begin at 2 p.m.

The KBO, with new commissioner Heo Koo-youn in charge, finds itself at a crossroads. Its nationwide popularity has taken a beating over the past two seasons. Clubs were mostly unable to play in front of fans due to COVID-19 restrictions, and television ratings and online streaming numbers all took a beating. Several players were suspended last summer after violating health and safety protocols, causing even more fans to turn away from the game that had long dominated the national sporting landscape. 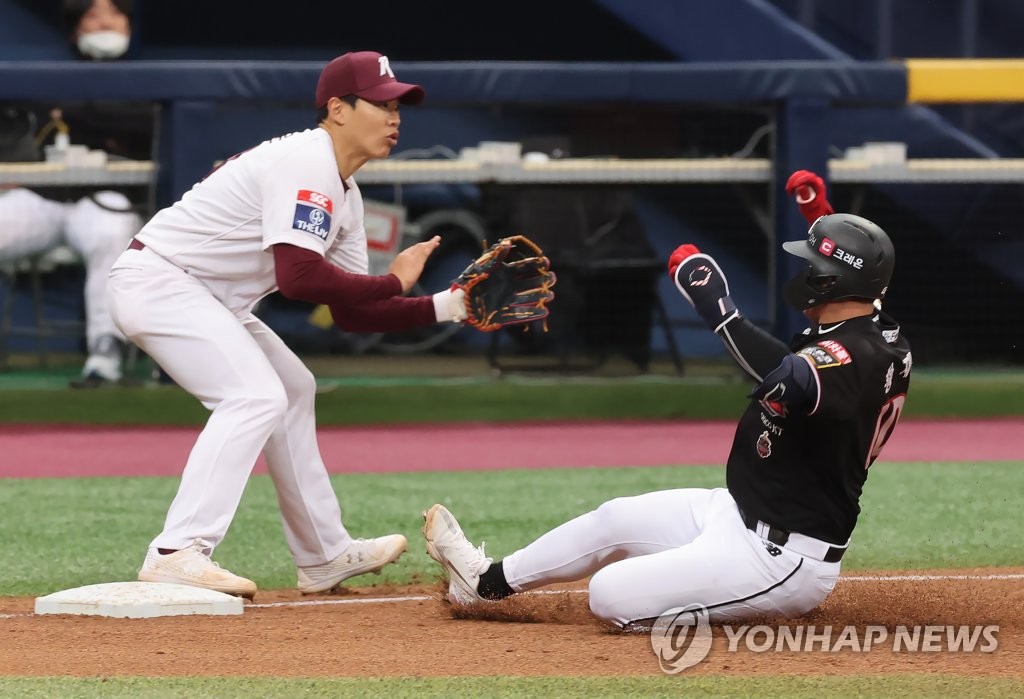 Heo has called on players to put fans above all else and to behave themselves off the field.

On the field, the teams will try to give their fan bases something to cheer about, with a handful of teams expected to make a title push.

The past five seasons have produced five different champions. The Wiz, which won their first-ever title by sweeping the Bears in last year's Korean Series, will try to buck that trend. The 2015-2016 Bears were the last team to win consecutive KBO championships.

The starting rotation that kept the Bears at bay in the championship series is back intact, including the two foreign starters, William Cuevas and Odrisamer Despaigne. New outfielder Henry Ramos swung a scorching bat in the preseason with a robust .387/.429/.903 line. He led his team with four home runs and nine RBIs.

Ramos will have to stay hot for the first half of the season, as the Wiz are expected to be without slugger Kang Baek-ho for up to four months with a broken toe. Kang, who finished third in the MVP voting last season, suffered that injury in a fall while walking down the stairs last week, and was initially expected to miss about a month. But manager Lee Kang-chul said Tuesday that the 22-year-old first baseman will need more time to recover.

Kang ranked among the KBO leaders in most offensive categories in 2021, including batting average, hits, doubles, walks, on-base percentage and slugging percentage.

The Bears have played in a record seven consecutive Korean Series, dating back to 2015, but will be hard pressed to extend that streak this year. As has been their annual tradition of late, the Bears lost a key player in free agency. This time, it was veteran outfielder Park Kun-woo, who bolted for the Dinos on a six-year, 10 billion-won (US$8.3 million) contract.

They will also be without No. 1 starter and reigning league MVP, Ariel Miranda, for at least the opening week of the season. The left-hander is dealing with shoulder discomfort and made just one preseason start. 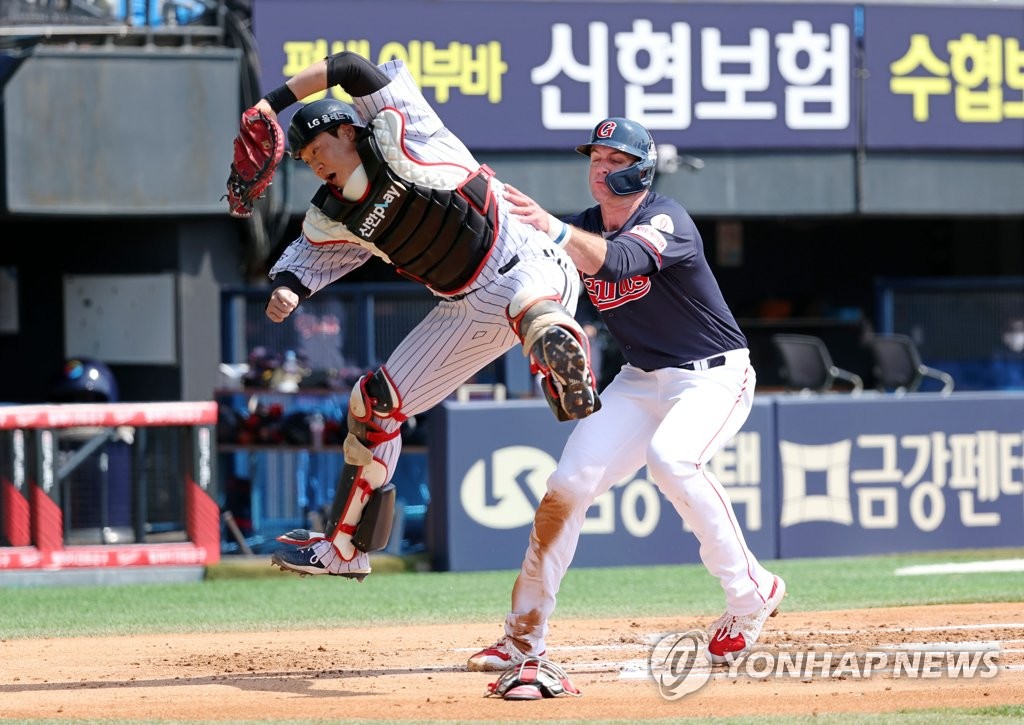 The Dinos, which won the 2020 title but missed the postseason in 2021, also signed former Lotte Giants outfielder Son Ah-seop to a four-year, 6.4 billion-won deal. Those acquisitions softened the blow for the Dinos' loss of their free agent outfielder Na Sung-bum, who joined his hometown club Tigers in December on a six-year, 15 billion-won deal.

These were three major transactions during free agency. Elsewhere, the Tigers' franchise icon Yang Hyeon-jong rejoined the team after a one-year stint with the Texas Rangers. Kim Kwang-hyun reunited with the SSG Landers following two seasons with the St. Louis Cardinals. 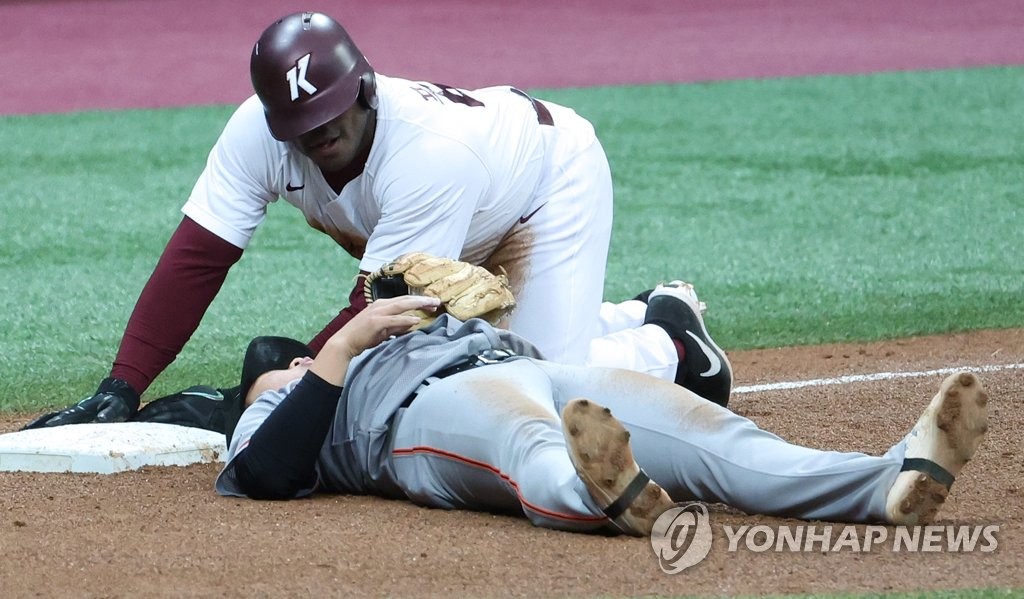 The Tigers and the Landers both missed the postseason in 2021 but have assembled rosters that, on paper, should get into the playoffs this time as one of the top-five regular season clubs.

The LG Twins are in the midst of the second-longest title drought, having last won a championship in 1994. They have been frequent postseason participants of late but haven't been able to get over the hump. They should once again reach the playoffs, though just how deep they can go is anyone's guess. 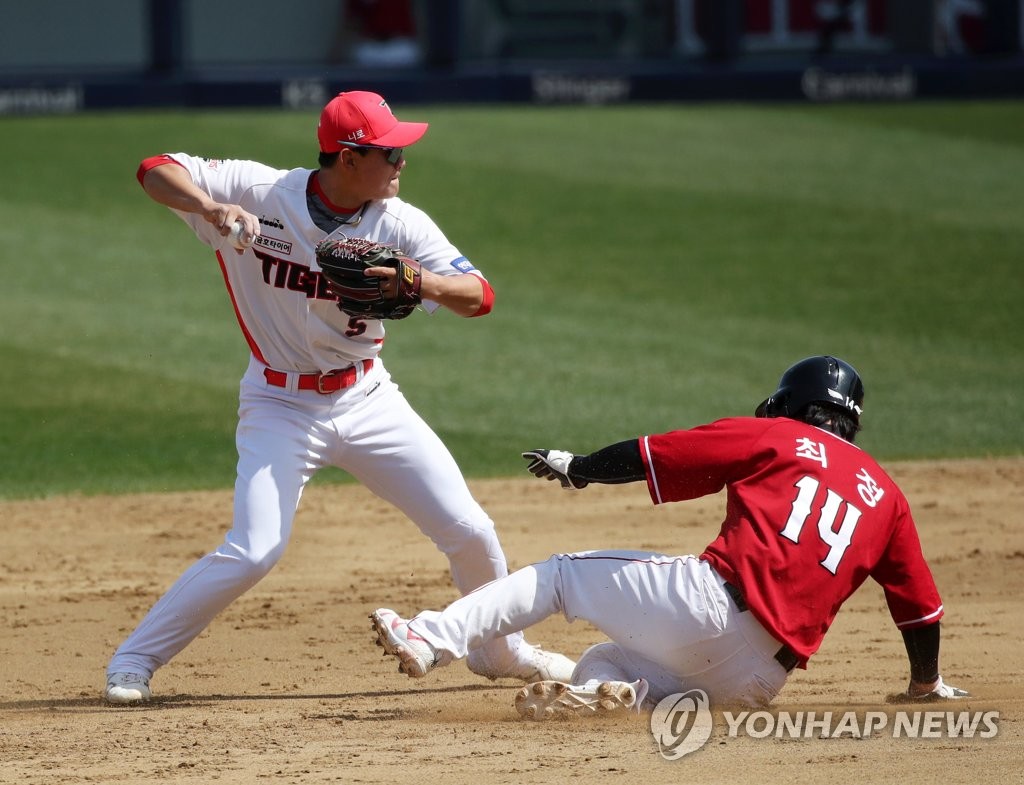 The Samsung Lions returned to the postseason in 2021 after missing out for five straight seasons. They lost to the Wiz in a rare regular season tiebreaker for first place, when a victory would have sent them straight to the Korean Series. In the postseason, the Lions ran into the Bears' hot pitching and went home after dropping two straight games in the penultimate round. They will bank on the starting pitching duo of David Buchanan and Albert Suarez as they chase their first championship since 2014.

The Kiwoom Heroes, also a postseason team in 2021, made a huge splash in the offseason by signing former National League All-Star Yasiel Puig. Though he only batted .182 with 10 strikeouts in 33 preseason at-bats, the Cuban outfielder will still be one of the most closely followed players once the regular season starts. 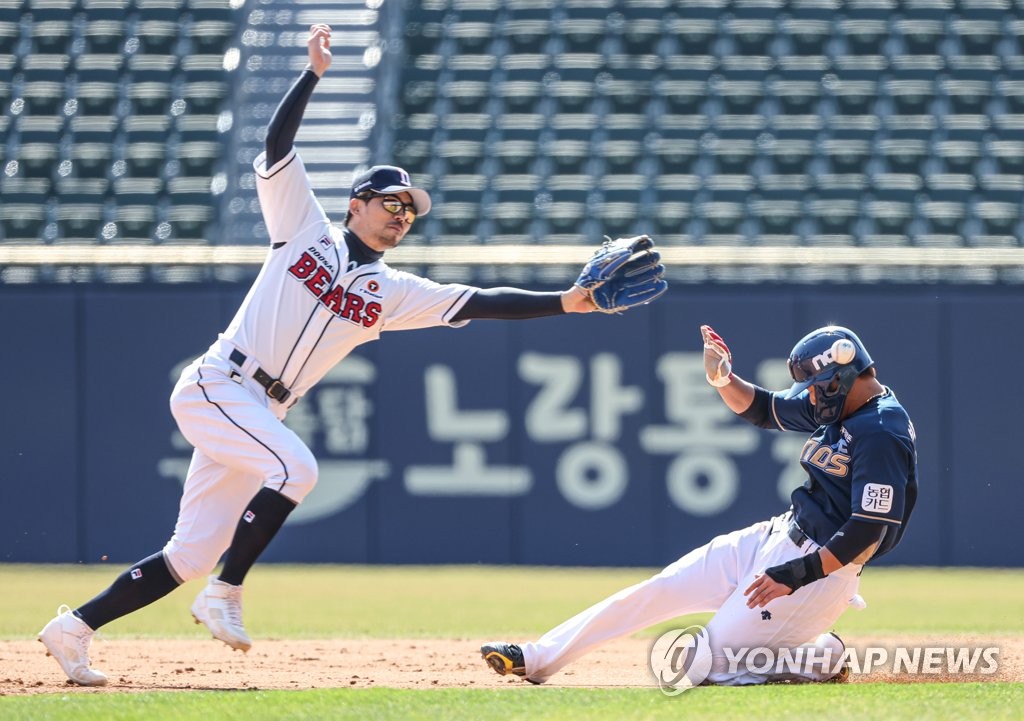 The Lotte Giants, owner of the league's longest active championship drought with 30 years, and the Hanwha Eagles, which have finished in last place in each of the past two years, are expected to bring up the rear. They also happen to be the only two clubs managed by foreign skippers: Larry Sutton for the Giants and Carlos Subero for the Eagles.

The Giants, though, tied for the best record in the preseason at 8-3-2 (wins-losses-ties), while leading all teams in batting average (.282) and finishing third in ERA (3.08).

In a key change this year, umpires will expand the strike zone and will start calling pitches on the upper part strikes. The league has maintained that the zone hasn't necessarily changed but that umpires will only start making calls by the rule book definition of the zone.

This is designed to speed up the game -- by reducing walks and encouraging hitters to swing early in the count. 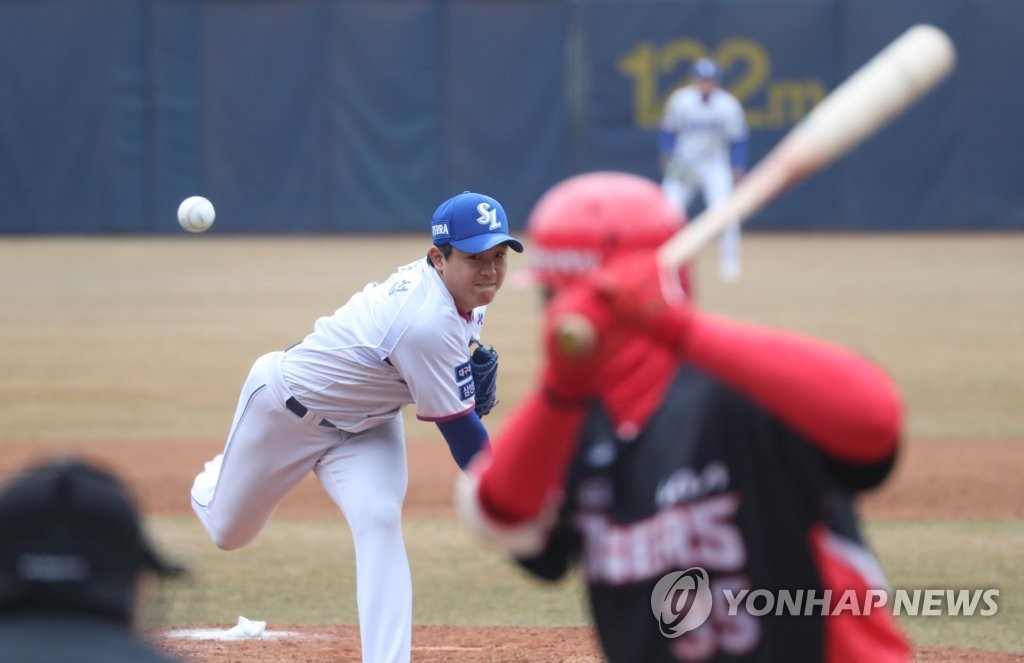