SEOUL, March 30 (Yonhap) -- A disability advocacy group on Wednesday kicked off a head-shaving protest campaign demanding enhancement in mobility rights for the disabled after its previous rush-hour subway-delaying campaign stirred up a row with the main opposition party chief.

Demanding measures to improve their rights to free movement and budget for disability rights, the Solidarity Against Disability Discrimination (SADD) had been staging subway protests since late last year, boarding subway trains with a throng of wheelchair-bound members and causing delays in metro services in morning rush hours.

The riding campaign drew public attention after Lee Jun-seok, the chairman of the People Power Party, repeatedly lambasted the group in recent days, saying the SADD is taking citizens "hostages" and causing inconvenience to push for its demands. 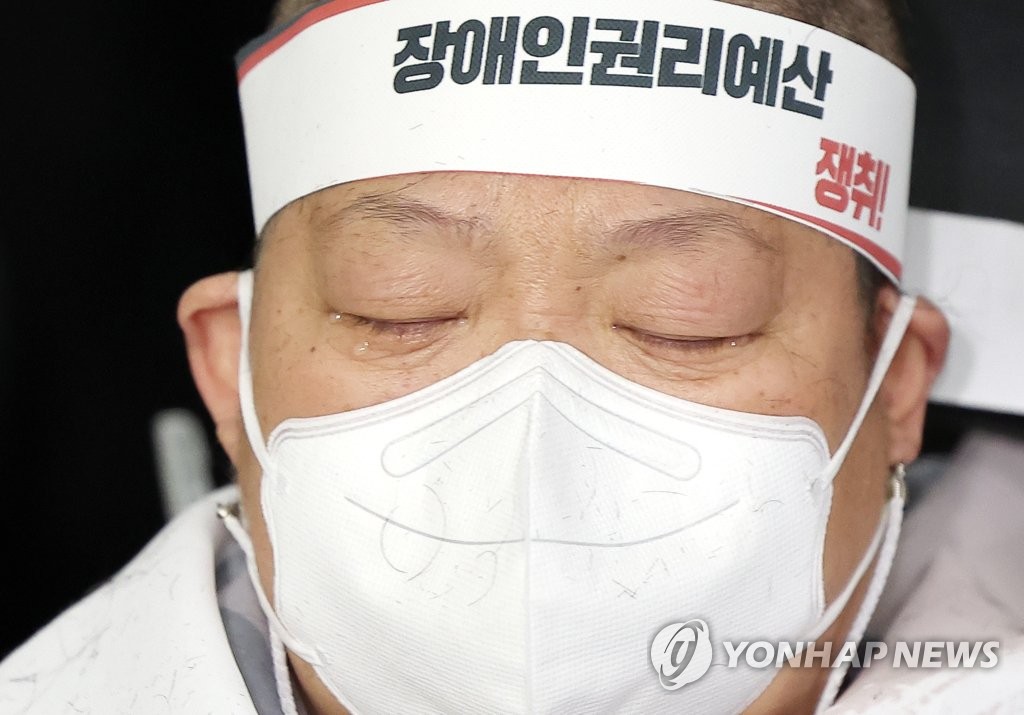 In a rally at the Gyeongbokgung subway station in central Seoul on Wednesday morning, the SADD said it will suspend its subway-delaying campaign until April 20 and replace it with a daily head-shaving campaign.

The shift is in response to a suspension request from the presidential transition team, which promised to review the group's demand for budget for disability rights, Park Kyoung-seok, co-head of the SADD, said.

Park lashed out at Lee for his criticism of the group's subway protests and demanded an apology.

"After learning that we are suspending our subway riding campaign, Chairman Lee wrote an article on Facebook yesterday saying he came up victorious and the SADD gave in to critical public opinion," he said. "We urge a sincere, public apology."

Singing a protest song, a teary female activist had her head shaved in a following session at the subway station, surrounded by some 70 fellow activists, citizens and journalists. A banner reading "no budget, no rights" was wrapped around her.

"I always say I'm sorry for causing inconvenience whenever I get insults from citizens, but why should disabled people always need to be sorry?" the wheelchair-bound protester said. "I will continue to call consistently for a world where nobody is left out." 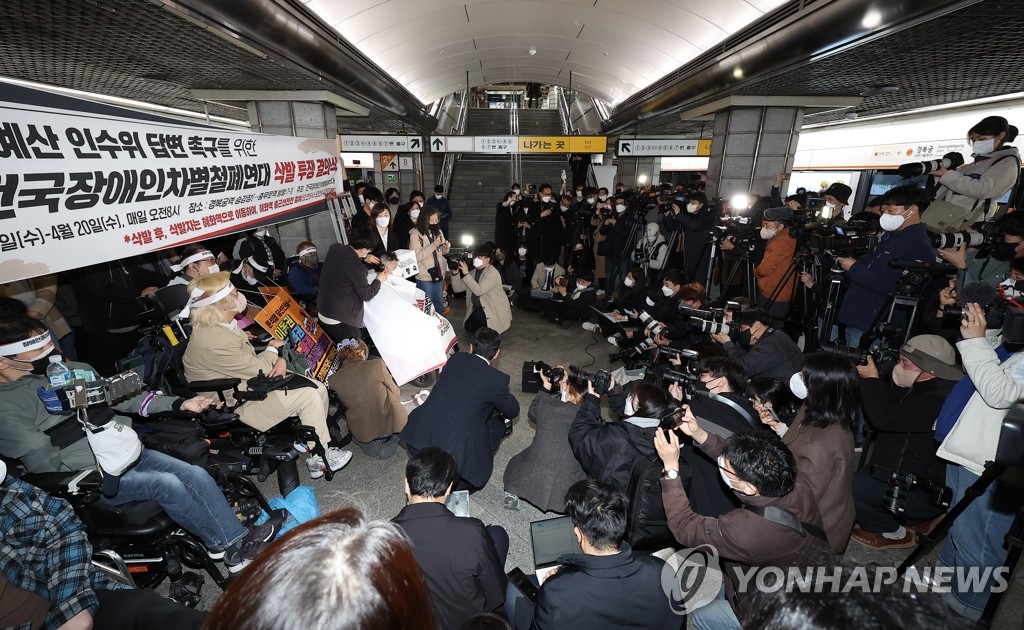 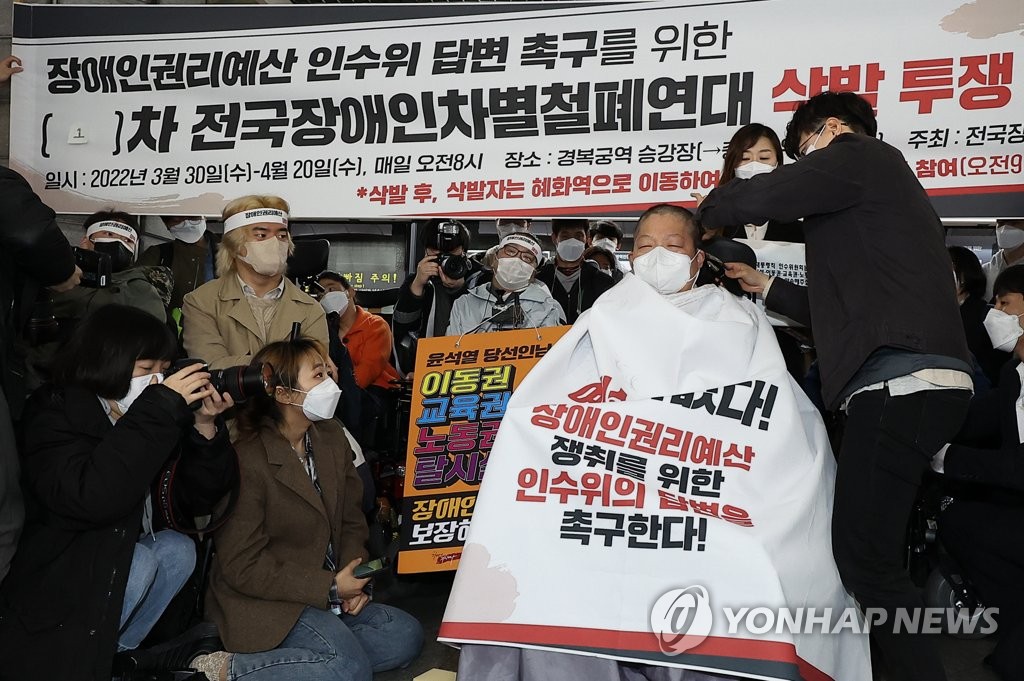