The Bears said Moreno played a key role in helping Miranda win the Korea Baseball Organization (KBO) regular season MVP award last year as his trainer and will also work with the rest of the team this year as the new training coach. 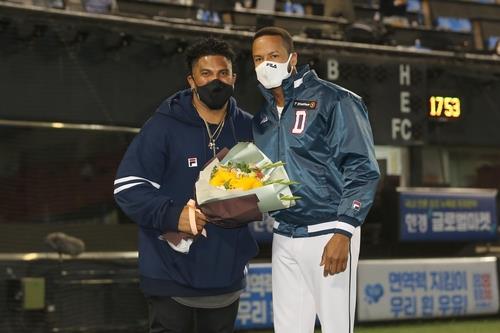 In 2021, Miranda was voted the KBO MVP in his first season here after leading the league with a 2.33 ERA and 225 strikeouts, a new league record for a season.

Moreno will have his work cut out to get Miranda ready for this season, as the Cuban left-hander has been sidelined with shoulder discomfort. He only made one preseason start earlier this month and is expected to miss at least the first week of the regular season, which begins Saturday.

The Bears said Moreno had arrived in South Korea on March 22 and joined the club Wednesday after completing his seven-day quarantine.