"We are reviewing possibly forming a consortium, together with strategic partners, to jointly acquire it," Park Jung-ho, vice chairman and CEO of SK hynix, told reporters after the company's annual shareholders meeting.

"I don't believe Arm is a company that could be bought by one company," he added.

The idea of a possible acquisition of Arm, a British chip designer that was acquired by Japan's SoftBank in 2016, is said to be at a very early stage.

In February, U.S. chipmaker Nvidia's bid to buy Arm failed due to regulatory hurdles. SoftBank is now preparing to list the Cambridge-based company on Nasdaq.

On Monday, Park, who is also CEO of SK Square Co., the investment spinoff of SK Telecom, made it clear his company has been eyeing a potential merger in the semiconductor industry.

"I want to buy Arm, if not entirely. It doesn't have to be buying a majority of its shares to be able to control the company," he said during SK Square's annual shareholders meeting.

Earlier in the day, SK hynix was approved by South Korea's antitrust regulator to go ahead with its acquisition of local chipmaker Key Foundry.

The deal was aimed at revving up its contract chip manufacturing capacity, which takes up a small portion of its business.

"We will build an R&D center in Silicon Valley and use it as a key base to enhance partnership with big tech companies and improve competitiveness," Park also said at Wednesday's event. 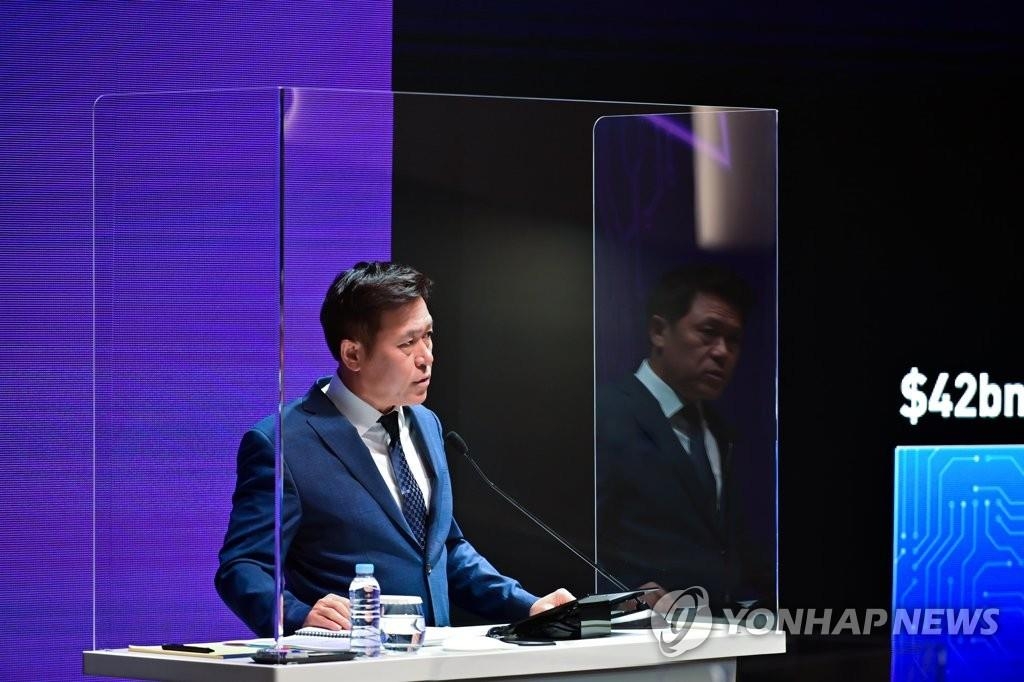