Under tight security and secrecy, the wedding started at Grand Walkerhill Seoul, in eastern Seoul, at 4 p.m. with only their parents, relatives and friends attending. 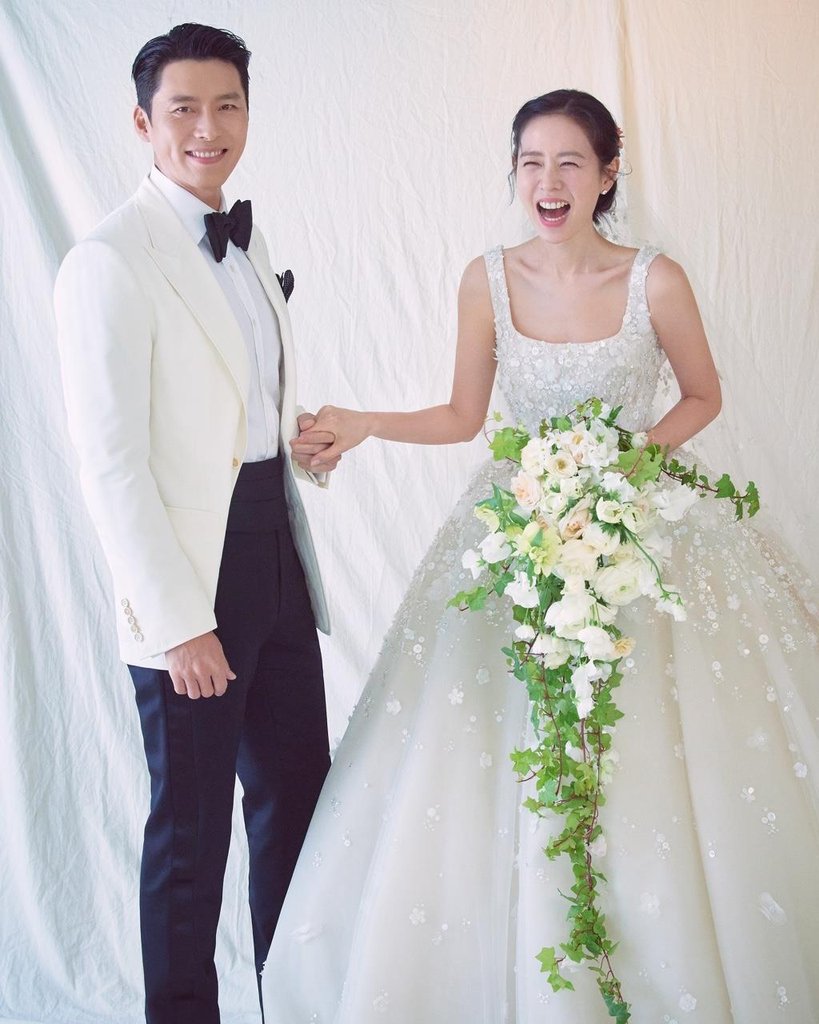 Actor Jang Dong-gun, a long-time friend of Hyun, delivered a congratulatory speech, while singer Gummy sang "Give You My Heart," an original song from the romantic comedy "Crash Landing On You," co-starring Hyun and Son.

With most details of the nuptials remaining secret, many A-list celebrities attended the ceremony of one of the most beloved star couples in South Korea. Among them are reportedly Jang and his wife Ko So-young, Gong Yoo, Gong Hyo-jin, Ji Jin-hee, Hwang Jung-min and Ha Ji-won.

Although there was no media briefing or photo session before and after the ceremony, there was heated media coverage by Korean press. Some 30 journalists gathered at the hotel, and some camera drones tried to get a glimpse of the ceremony, and the bride and groom.

Meanwhile, a set of wedding photos of the newlyweds was released earlier in the day, while their management agencies asked for the public's understanding as the couple held a secret wedding.

In the photos, dressed in a white tuxedo and wedding dress, respectively, Hyun and Son held hands and smiled brightly. 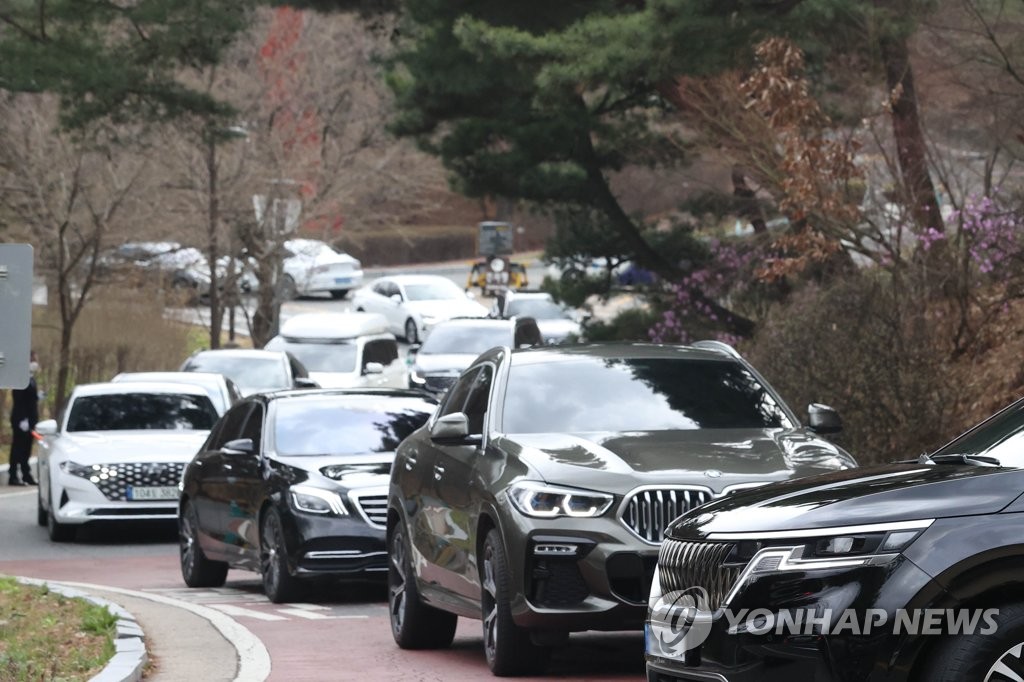 The couple announced their decision to tie the knot last month, about two years after they started dating.

Hyun rose to stardom in 2003 via the sitcom "Nonstop 4" and became an Asian heartthrob with his roles in "My Lovely Sam-soon" and "Secret Garden."

Son emerged as the nation's "first love icon" via the films "Lover's Concerto" and "The Classic." Son has since appeared in films that include "A Moment to Remember," "The Art Of Seduction," "My Wife Got Married" and "The Last Princess," as well as TV romance dramas, such as "Alone in Love" and "Something in the Rain." 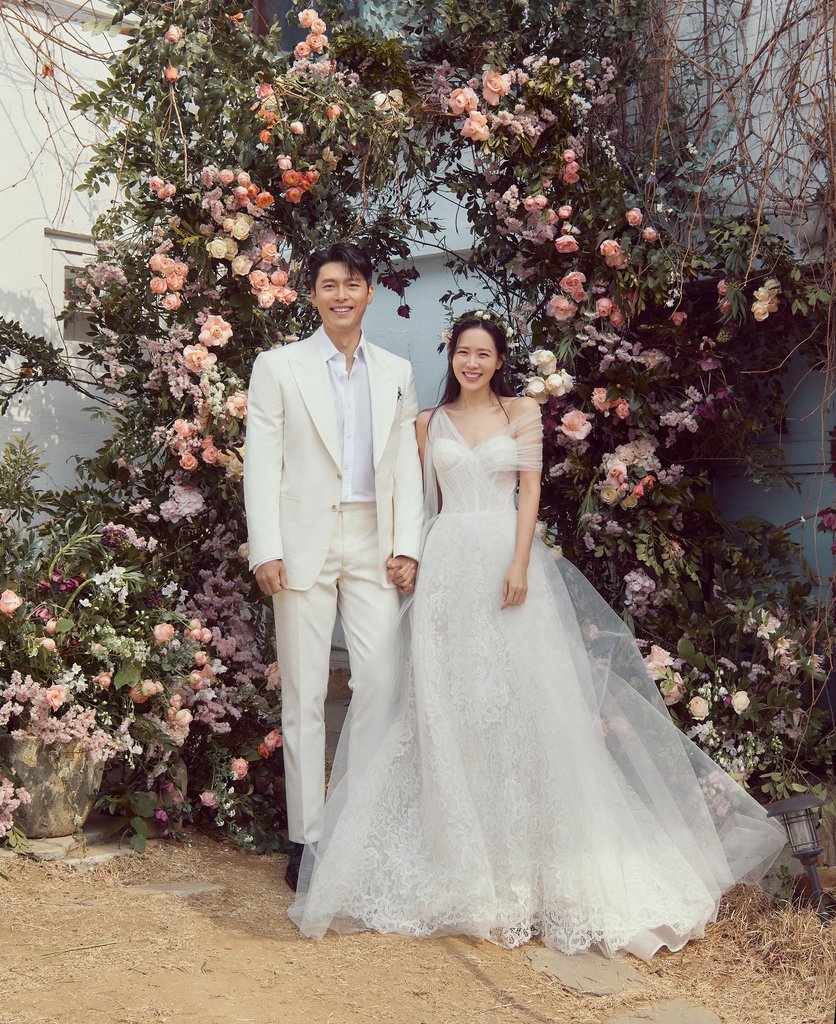