South Korea's Ambassador to the United States Lee Soo-hyuck signed a memorandum of understanding on the planned contribution to the Partnering for Green Growth and the Global Goals 2030 (P4G) on Wednesday (U.S. time).

The contribution is expected to contribute to the international community's responses to the climate crisis, and help developing countries' endeavors to build green and low-carbon economies, the ministry said.

South Korea promised to make contributions to the P4G during the multinational body's summit held in Seoul in May last year.

The P4G has supported some 70 private-public green projects in developing countries, including Vietnam, Indonesia, Bangladesh, Kenya, Ethiopia and Mexico. 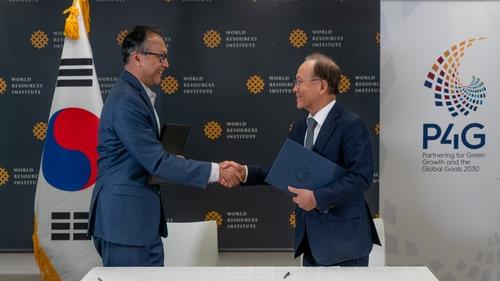 S. Korea to contribute US$4 million to P4G this year

S. Korea to contribute US$4 million to P4G this year