An SBW official said Thursday the group recently sent the lead manager of the deal its intent to take over the domestic unit of Indian carmaker Mahindra & Mahindra Ltd.

SsangYong, the smallest of the country's five automakers, said Monday it canceled a deal to sell its controlling stake to the preferred bidder, Edison Motors Co., after the electric bus maker failed to make a full payment by the March 25 deadline.

Following the news, SBW created a taskforce to acquire the SUV-focused automaker under court receivership, the official said.

The group will form a consortium of its affiliates, including Kanglim Co., a manufacturer of heavy-duty vehicles and equipment, the official said.

"Led by group affiliate Kanglim, we are actively considering the acquisition of SsangYong Motor," the official said.

Samjong KPMG gave a disclaimer of opinion for its 2021 financial report for the second consecutive year, SsangYong said in a regulatory filing.

"We have doubt over SsangYong Motor's ability to continue its business," Samjong said in a report.

The auditor said it was uncertain whether the bankruptcy court would accept the cash-strapped automaker's rehabilitation plan given its low feasibility.

SsangYong logged 2.4 trillion won (US$2.1 billion) in sales and 260.6 billion won in operating losses last year. It has logged deficits since 2017. 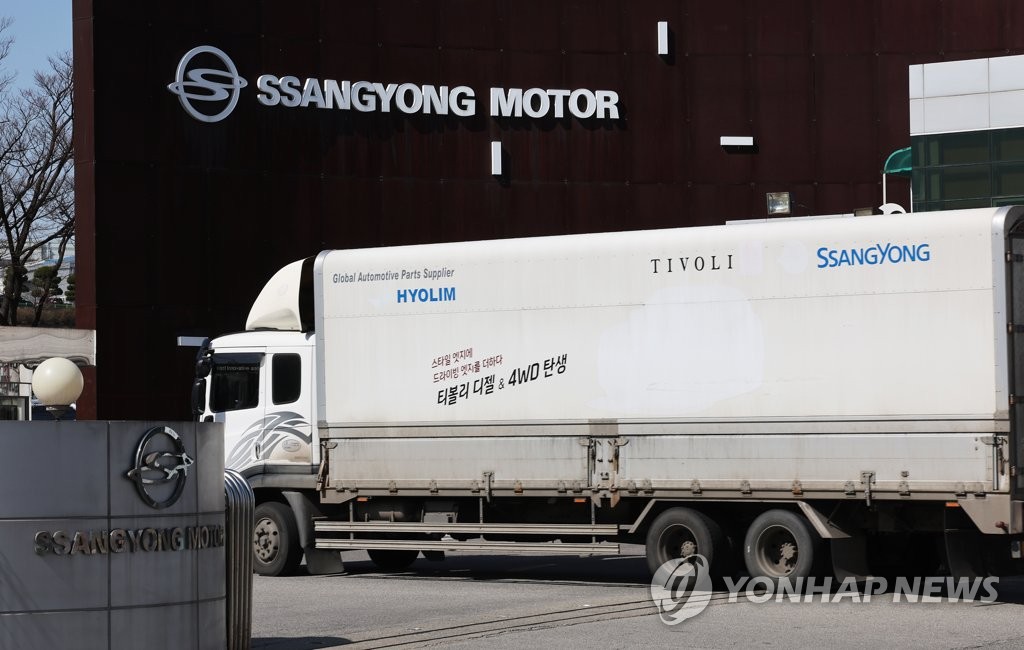