SEOUL, April 1 (Yonhap) -- The nominee for South Korea's central bank chief said Friday that he will determine the direction of monetary policy after analyzing how existing risks, including the Ukraine crisis and the pandemic, will affect economic growth and inflation.

Rhee Chang-yong, picked for the next governor of the Bank of Korea (BOK) last week, made the remarks in a brief interview with reporters in Seoul as he prepares for a parliamentary confirmation hearing.

The remarks came amid speculation that he might adjust the pace of the BOK's rate hikes given that he recently voiced concerns over an economic slowdown due to heightened uncertainty at home and abroad.

"When downside risks turn into reality, analyses should be conducted to determine whether it could affect inflation more or growth more," Rhee said.

"Leaving all possibilities on the table, monetary policy committee members and I will determine the direction by analyzing which one -- growth or inflation -- will be more affected by variables that have come into reality," he added.

In a meeting with reporters Wednesday on arrival in South Korea from Washington, he said that the International Monetary Fund (IMF) recently cited the U.S. move to normalize its monetary policy, the Ukraine crisis and the slowdown in growth due to the coronavirus as downside risks, adding that all three risks have turned into reality.

Speculation has arisen that he might slow the pace of rate hikes that have been raised at a fast speed in recent months under his predecessor, Lee Ju-yeol, to tame inflation and household debt.

Keen attention has been placed on whether Rhee, who had served as a director of the Asia and Pacific department at the Washington-based IMF, will pick up where his predecessor left off in terms of monetary policy.

Lee, who left office Thursday after eight years at the helm, had called for the need for further rate hikes as surging energy and commodity prices have exerted upward inflation pressure.

Little has been known as to whether Rhee is "hawkish" or "dovish" on monetary policy since he has not been involved in central bank affairs before.

Rhee said it is not correct to define a person either as hawkish or dovish, saying that positions should be determined based on current situations, including the government's policy.

He cited household debt as a potential risk on the economy in the mid and long term, saying he will closely cooperate with the Financial Services Commission, the top financial regulator, to discuss the issue after taking office. 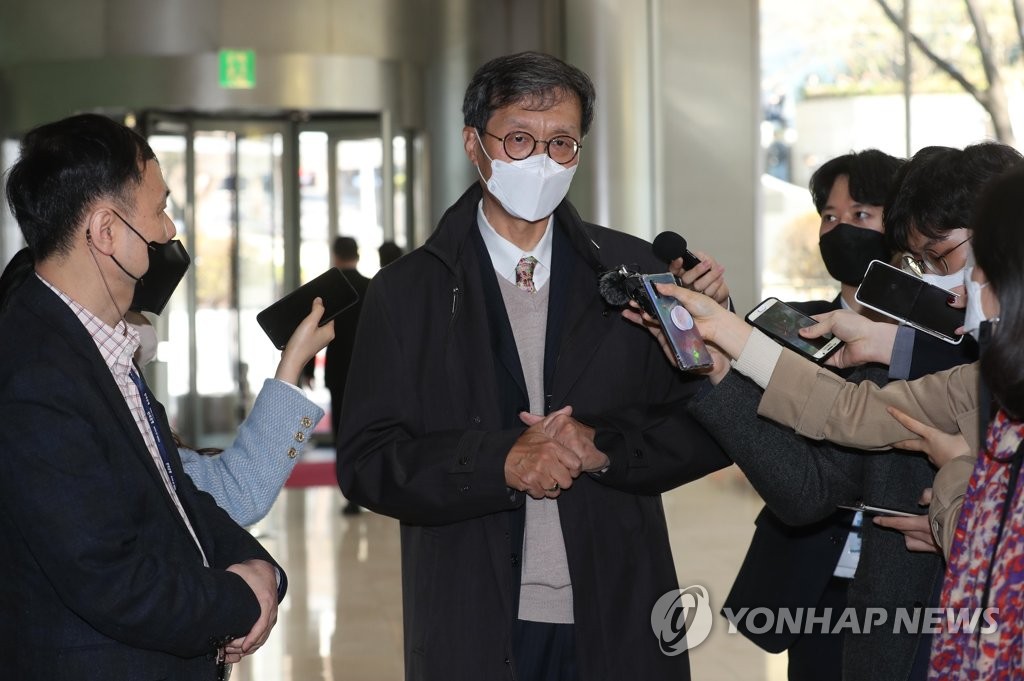