SEOUL, April 1 (Yonhap) -- Officials of President-elect Yoon Suk-yeol's transition team will visit Hybe, the agency of K-pop sensation BTS, this weekend, its spokesperson said Friday, amid speculation the panel could discuss the issue of military service exemption of the boy band.

Presidential transition committee chief Ahn Cheol-soo and members of the social, welfare and culture subcommittee plan to visit Hybe on Saturday, according to a transition team spokesperson, Shin Yong-hyun.

"This visit is aimed at listening to opinions from the field with regard to the development of K-culture," Shin said. "We will listen to opinions on various factors that impede the industry's development."

Shin added the issue of granting favors to superb entertainers, like BTS, regarding military service could be brought up during the transition team's meeting with Hybe officials.

"We will first listen, rather than asking," she said.

But another official said there is little chance the issue would be discussed in Saturday's meeting, adding the transition team has not reviewed any plan on granting special military exemptions to entertainers.

All able-bodied South Korean men are to serve in the military for about two years. But only global award-winning athletes and classical musicians have been granted a waiver in recognition of their role in promoting their country's image abroad.

A bill that would allow prominent male pop celebrities to substitute their mandatory active-duty service for other alternate programs has been pending at the National Assembly.

The defense ministry earlier stressed the need for "prudence" in considering whether to allow active-duty military service exemptions for BTS. 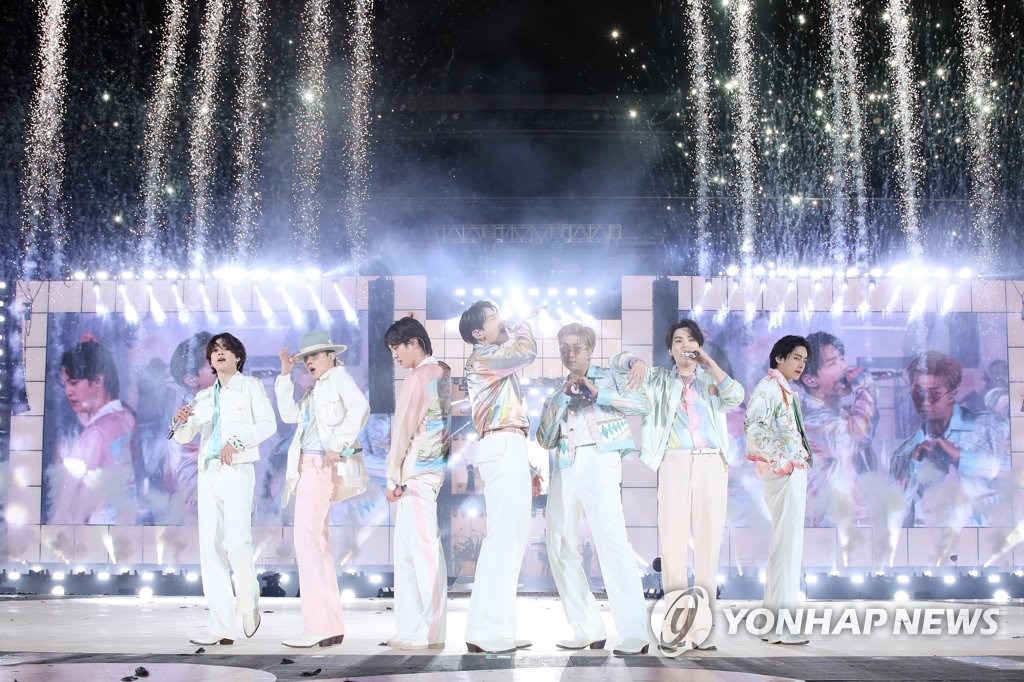