WASHINGTON, April 1 (Yonhap) -- North Korea continued to advance its nuclear capabilities last year despite its border closure in response to the COVID-19 pandemic that led to "historically low levels" of goods and people entering or leaving the country, a U.N. Security Council panel of experts said in its annual report, released Friday.

The panel, however, said Pyongyang also continued to seek materials and technology for its nuclear and ballistic missile programs from overseas by evading U.N. Security Council resolutions.

"During the reporting period, the Democratic People's Republic of Korea continued to maintain and develop its nuclear and ballistic missile programs in violation of Security Council resolutions," said the report, dated March 1.

"Although no nuclear tests or launches of intercontinental ballistic missiles were reported, the Democratic People's Republic of Korea continued to develop its capability for production of nuclear fissile materials," it added, referring to North Korea by its official name.

The annual report on North Korean sanctions enforcement covers the period between August 4, 2021 and January 28, 2022.

"Maintenance and development of the nuclear and ballistic missile infrastructure of the Democratic People's Republic of Korea continued, and the country continued to seek material, technology and know-how for these programs overseas, including through cyber means and joint scientific research," said the report.

It added the North's ballistic missile capabilities appeared to be advancing, noting the country staged a "series of launch tests of a wide range of new missile systems" from September 2021 to January 2022.

"It appears that those related to the development of various delivery platforms using either solid or liquid propellant ballistic missiles are being gradually achieved," said the report.

Pyongyang conducted nearly a dozen rounds of missile launches over the cited period, including seven rounds in January that marked the largest number of missile tests it has undertaken in a single month. 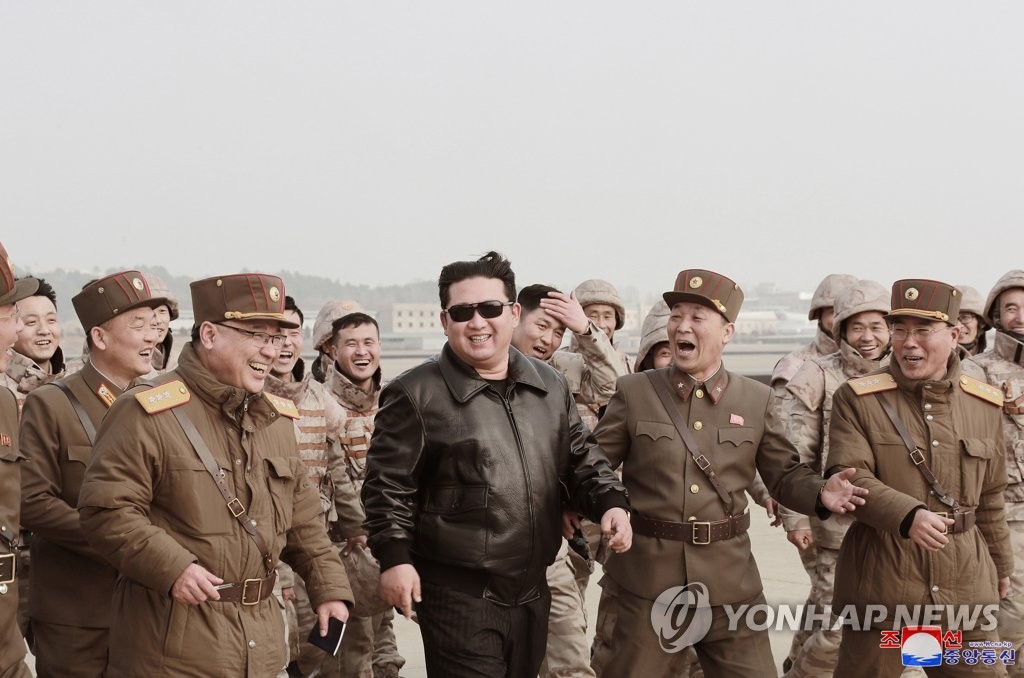 To help finance its missile tests, the North may have stolen as much as US$400 million worth of cryptocurrency in 2021, the panel of experts noted, citing a recent report from a cybersecurity firm.

"The cryptocurrency funds that are acquired by the cyberactors of the Democratic People's Republic of Korea go through a careful money-laundering process in order to be cashed out," it said.

The North's trade of goods, on the other hand, fell to record low levels in 2021, partly due to its continued border closure.

Still, the North continued to engage in illicit transfer of goods, including energy imports, according to the report.

The panel added tactics to evade UNSC restrictions on oil shipments to North Korea included the use of "shell" companies and "multi-stage oil transfers" where a group of smaller vessels will deliver oil to a North Korean tanker, making it more difficult to track and identify their origins.

"The humanitarian situation in the Democratic People's Republic of Korea continues to worsen, with the COVID-19 blockade probably the most important factor in that decline," it said.

The panel recommended the Security Council help minimize the "unintended adverse impacts of sanctions" on the people of North Korea and support international humanitarian aid operations in the reclusive country.