Font sat down all 27 batters he faced against the NC Dinos, but the Landers needed 10 innings to beat them 4-0 at Changwon NC Park in Changwon, some 400 kilometers southeast of Seoul.

The teams were tied at 0-0 after nine innings, and the Landers scored four runs in the top of the 10th inning. It would have been a comfortable lead for Font to try to lock down the perfect game, but the Landers went to reliever Kim Taek-hyeong to begin the bottom 10th with Font having thrown 104 pitches.

Font, back for his second season in the Korea Baseball Organization (KBO), struck out nine batters.

The KBO is celebrating its 40th anniversary this year and it has never had a perfect game. There have been 14 no-hitters.

Font went 8-5 with a 3.46 ERA last year. The former big leaguer had the lowest opponents' batting average with .211 and the second-lowest walks and hits per innings pitched with 1.09. 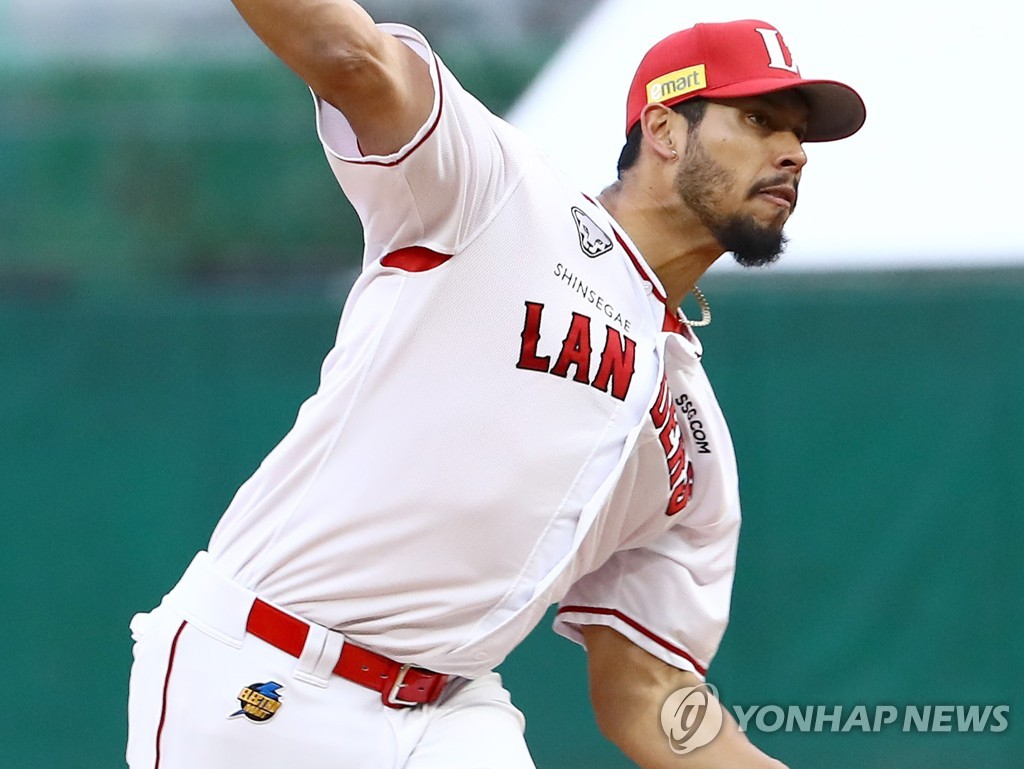