"There was no mention (of military exemption for the members)," presidential transition committee chief Ahn Cheol-soo told reporters after his visit. "The issue is something that the new government should discuss with parliament."

Ahn added that the visit aimed at listening to what the new administration can do for start-ups and entertainment businesses.

His visit came amid speculation the transition team could discuss the issue of military service exemption for BTS members with Bang Si-hyuk, founder and chairman of Hybe.

All able-bodied South Korean men are required to serve in the military for about two years. But only global award-winning athletes and classical musicians have been granted a waiver in recognition of their role in promoting their country's image abroad.

A bill that would allow prominent male pop celebrities to substitute their mandatory active-duty service for other alternate programs has been pending at the National Assembly.

The defense ministry earlier stressed the need for "prudence" in considering whether to allow active-duty military service exemptions for BTS. 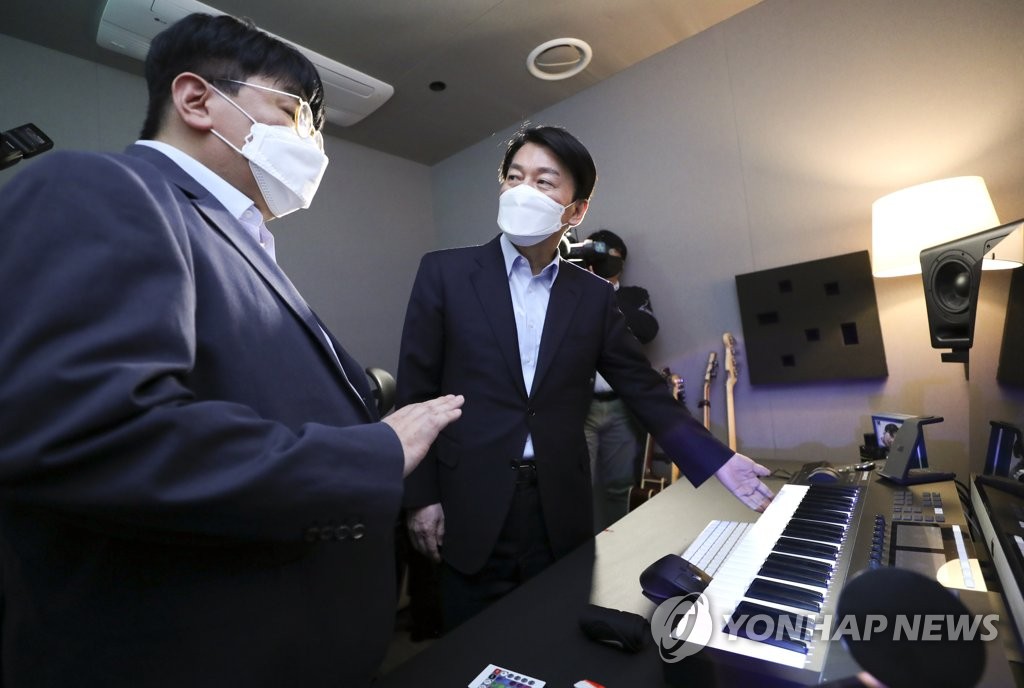