SEOUL, April 2 (Yonhap) -- Baseball is back in South Korea, and so are fans in the stands.

The 2022 Korea Baseball Organization (KBO) season opened on Saturday with all 10 clubs in action at five stadiums across the country. And all ballparks swung their gates open to welcome fans at full capacity, the first time teams have been able to do so on Opening Day since 2019.

Teams have spent most of the past two seasons without fans in the stands, with strict COVID-19 protocols in place during the global pandemic. With restrictions being gradually eased this year, the KBO decided to admit spectators at 100 percent capacity at all venues from the start of the season. Fans are also being allowed to consume food and drinks from their seats, a welcome departure from the previous two seasons. 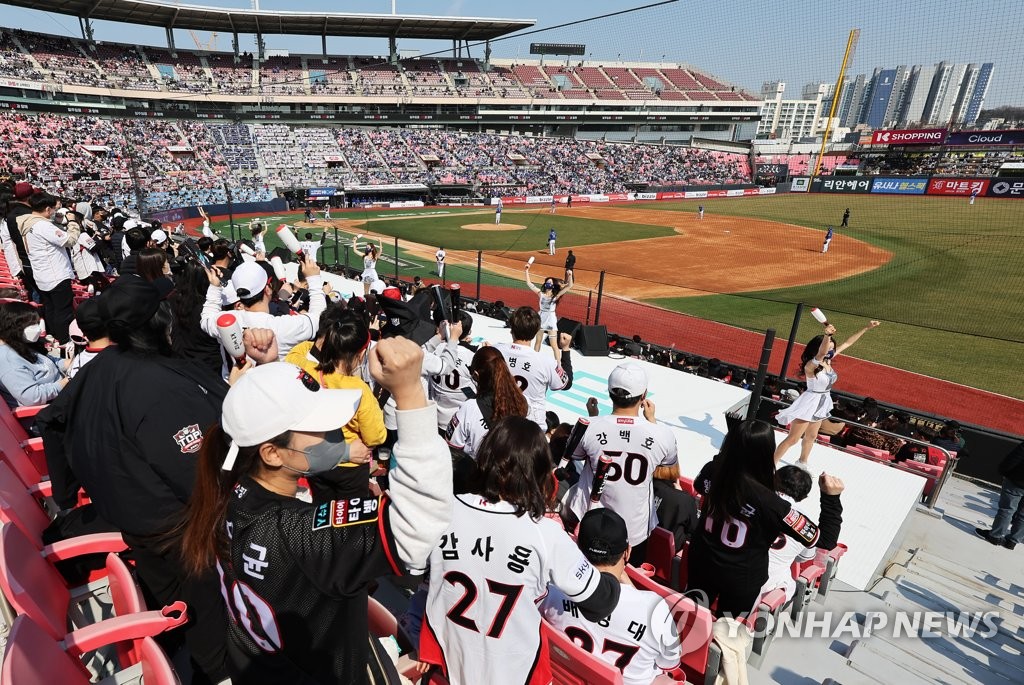 The defending champions KT Wiz played in front of the largest crowd on Saturday, with 17,057 fans watching their home team beat the Samsung Lions 4-1 at KT Wiz Park in Suwon, some 45 kilometers south of Seoul.

Starter William Cuevas was brilliant over six innings of one-run ball. Oh Yoon-suk came through with a go-ahead, two-run double in the fourth to erase a 1-0 deficit, and the Wiz added a run apiece in the seventh and eighth to close out the win. Font retired all 27 batters he faced and struck out nine. The Landers scored four times in the top of the 10th, but Font didn't come back out for the bottom half of that inning and settled for his first win of the season instead of going for a perfect game

Font touched 153 kilometers per hour with his four-seam fastballs, while mixing in 11 sliders, 11 curveballs, two splitters and one two-seam fastball.

Font said afterward he wanted to take the ball again for the 10th but his body didn't allow it after 104 pitches. 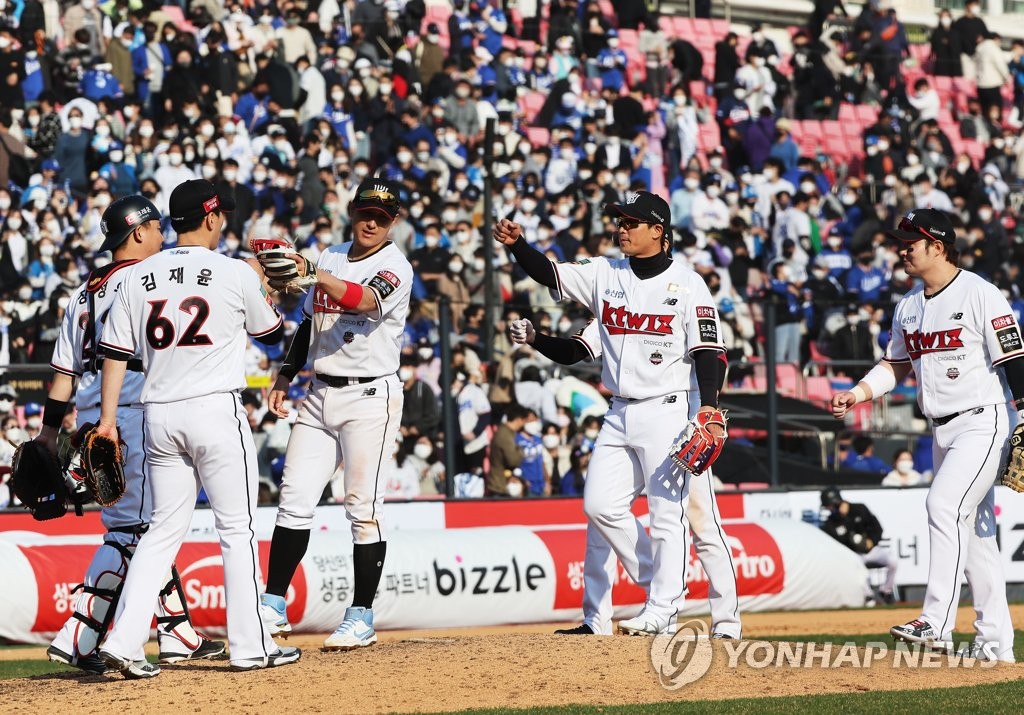 The Tigers haven't won on the first day of a season since 2017. Their starter Yang Hyeon-jong, marking his return from a one-year stint with the Texas Rangers, took the loss after giving up four runs -- all unearned -- on three hits in six innings. Yang is now winless after five Opening Day starts. 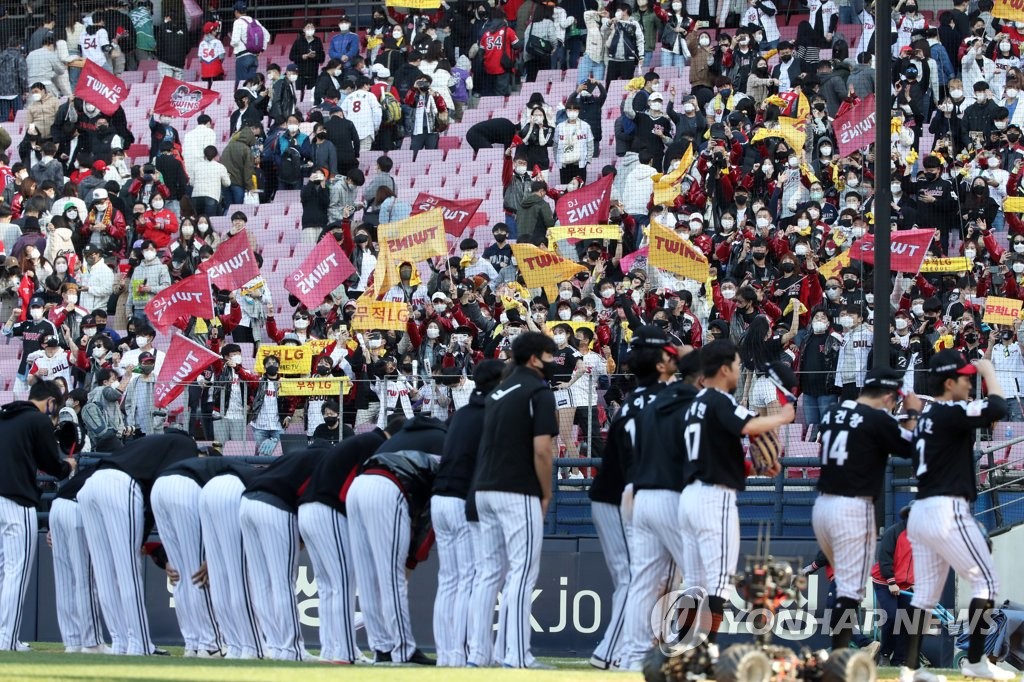 The Doosan Bears got past the Hanwha Eagles 6-4 at home, Jamsil Baseball Stadium in Seoul, with 16,271 fans on hand. Starter Robert Stock picked up his first KBO victory, and Yang Suk-hwan hit the league's first home run of 2022 in the second inning.

Yang and Kim In-tae each had two RBIs in the win.

At Gocheok Sky Dome in Seoul, the visiting Lotte Giants pounded the Kiwoom Heroes 7-2. Leadoff man Park Seung-wook went 2-for-5 and had a go-ahead double in the fifth, and the Giants went off for five runs in the top of the eighth.

With 8,257 fans in attendance, former National League All-Star Yasiel Puig reached base three times for the Heroes in his much-anticipated KBO debut. He singled in his first at-bat and drew a pair of walks. (LEAD) Baseball back in S. Korea as stadiums return to full capacity

(LEAD) Baseball back in S. Korea as stadiums return to full capacity