(ATTN: UPDATES with more quotes from BTS members in paras 17-20)

SEOUL, April 4 (Yonhap) -- K-pop juggernaut BTS has failed to take home an honor at the Grammy Awards, one of the biggest U.S. music awards, for the second consecutive year.

BTS was nominated for best pop duo or group performance with its megahit "Butter" for the 64th Grammy Awards but left the ceremony empty-handed on Sunday (U.S. time).

The honor went to the Doja Cat-SZA duo with its hit song "Kiss Me More" during the ceremony at the MGM Grand Garden Arena in Las Vegas.

Released in May last year, "Butter" is a vibrant summery song that secured the No. 1 spot on the Billboard Hot 100 chart for 10 nonconsecutive weeks following its release. It also has surpassed 720 million YouTube views. 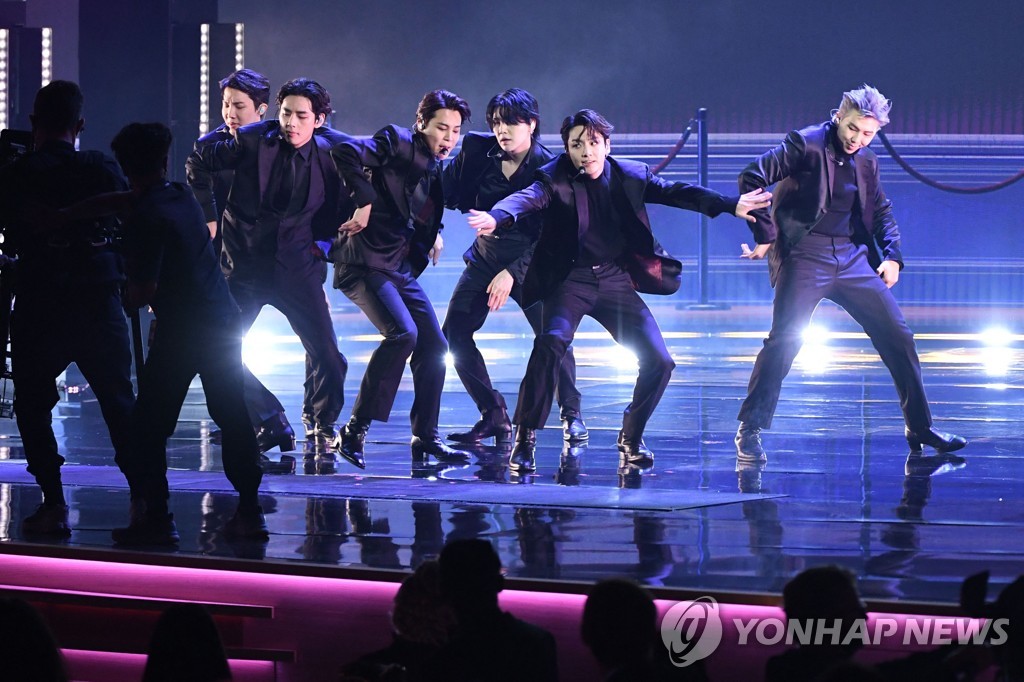 Since the nomination closely followed the band's winning of three awards, including the top honor of the artist of the year, at the American Music Awards in November, there was high expectation in the K-pop industry that BTS would also win a Grammy for the first time in the country.

It also took home four awards, including top selling song, for "Dynamite" at the Billboard Music Awards held in May last year.

BTS members also did not hide their desire to secure a Grammy.

"It won't be easy, of course, but I'm grateful that I have a barrier to jump over and a challenge to take," Suga said of taking the honor during a press conference held at SoFi Stadium in Los Angeles in November. "Little strokes fell great oaks. Someone will be called greedy if he or she wants (a tree) to fall over after being struck only twice."

During a red-carpet interview before the main ceremony Sunday, team leader RM said: "It's an award (given based on) voting by peers in the music industry, so that means even so much. These two years were so exhausting and devastating, and if we get the Grammys, you know, it all pays back and pays off." 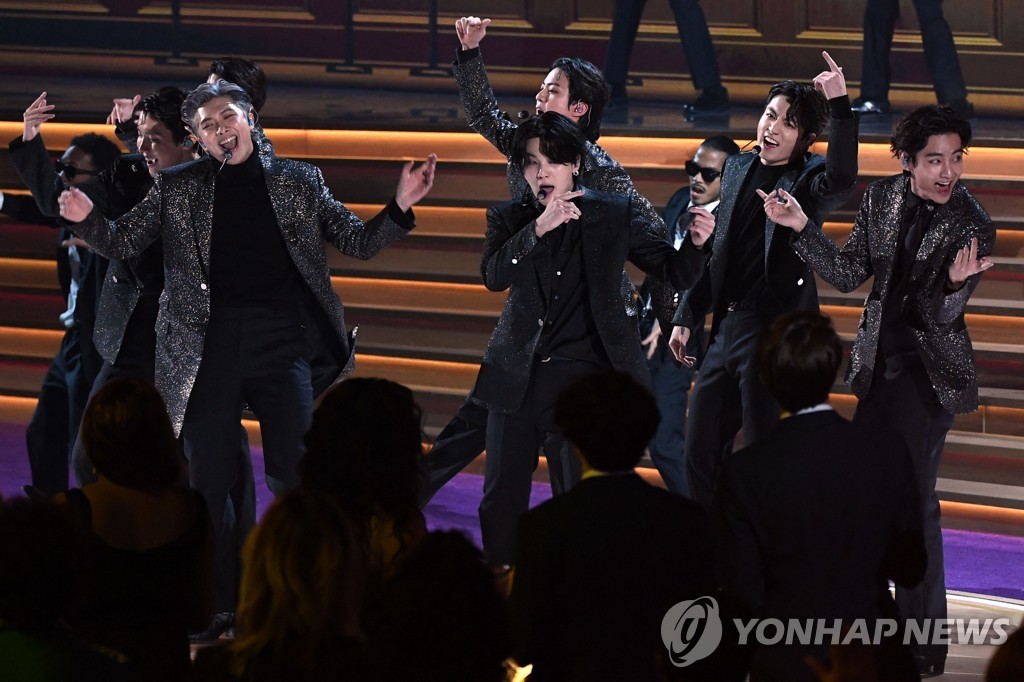 Music experts say BTS' repeated failure to secure a Grammy was due to the Grammy Awards' trait of valuing musicality over commercial success or popularity while others cited the U.S. Recording Academy's conservative attitude toward dance music, idol groups and artists of color.

Still, many agree that the fact the K-pop group got a Grammy nod for the second consecutive year is meaningful in itself regardless of the results.

"Considering the Grammys doesn't prefer a boy group, it's very meaningful that BTS was among the nominees," pop music critic Jung Min-jae said. "Getting two consecutive Grammy nominations for 'Dynamite' and "Butter' is still meaningful although the band did not win an award," he stressed. 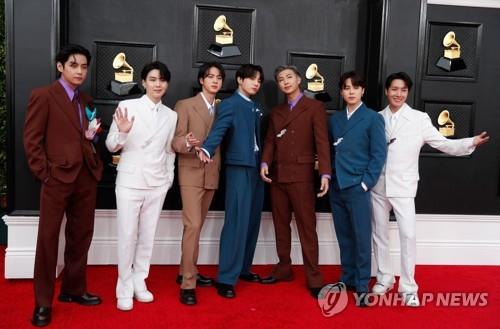 The live chat window of the Recording Industry's YouTube channel where the ceremony was streamed was taken over by an ocean of purple hearts, a color symbolizing the band, from its international fans, throughout the event.

The South Korean septet, during the ceremony, took the stage as a performer for the third consecutive year.

Dressed in all black like spy agents, the group presented a spectacular performance reminiscent of a scene from a spy thriller, drawing tremendous cheers from the crowd.

After the ceremony, BTS members took to V LIVE to celebrate and share their Grammy moment with their fans.

"I thought we could repay you, Armies, if we received the award, so I was a little disappointed," Jimin said during the livestream.

J-Hope confided, saying, "We prepared really hard for the stage performance, so I went through so many emotions."

Trying to cheer up his discouraged teammates, Suga said, "This isn't something to be sad about. What we've done is already amazing."

BTS will hold four live concerts at Allegiant Stadium in Las Vegas, on Friday and Saturday, as well as April 15-16.