SEOUL, April 4 (Yonhap) -- Prime Minister nominee Han Duck-soo on Monday rejected allegations that he is unfit for the country's No. 2 job due to his stint at a law firm that represented U.S. private equity firm Lone Star, which has been accused of acquiring a local bank at a bargain and selling it for a huge profit.

A local civic group, Spec Watch Korea, has claimed that Han should not be appointed prime minister because he was paid a total of 150 million won (US$123,200) between November 2002 and July 2003 as an adviser for the law firm Kim & Chang that represented the U.S. firm at the time.

On Monday, Han said he was never involved in Lone Star-related issues while at the law firm.

"I will explain if there is a question about it during the confirmation hearing," Han told reporters at his office in Seoul. "Regarding the Lone Star issue, even though there was a part that I was involved in as a government policy executor, I was never involved during my time at Kim & Chang."

Lone Star's 2003 acquisition of Korea Exchange Bank (KEB) and selloff of it in 2012 has been a target of criticism in South Korea amid widespread perceptions that the firm made huge profits by taking advantage of the country's economic difficulties in the wake of the Asian financial crisis in the late 1990s.

Critics and media have often branded Lone Star's actions as "eat and run."

Meanwhile, asked about his thoughts on extra budget, Han said the government should have willingness and goals for fiscal soundness.

"South Korea's national debt is growing too fast," he said. "In the longer term, we need to keep the fiscal soundness, and even for the short-term, I think adjusting the expenditure structure should be considered first rather than selling debts." 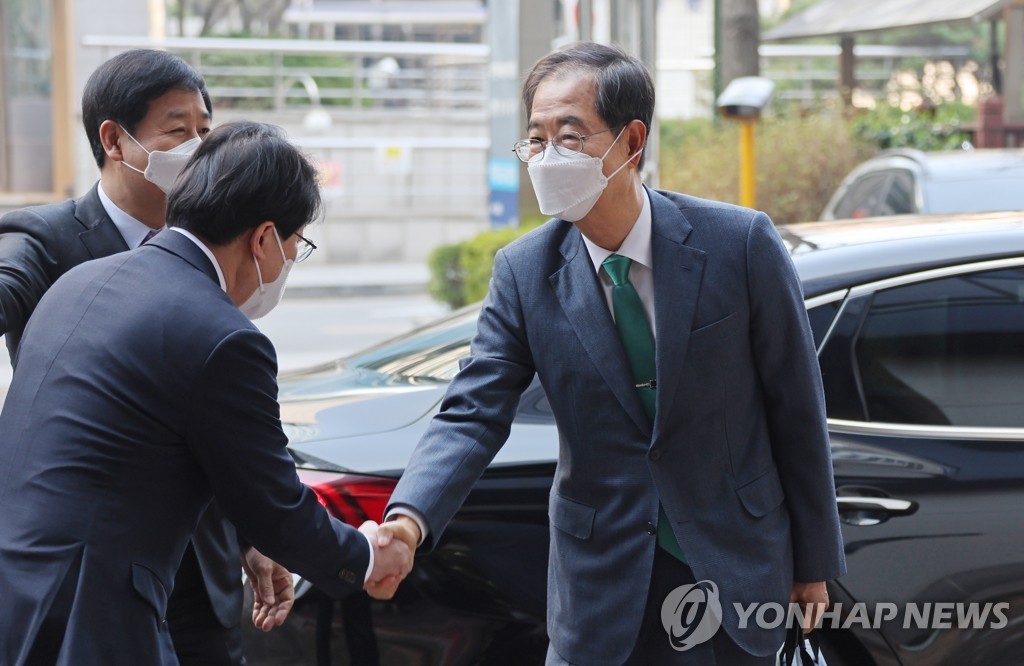