SEOUL, April 5 (Yonhap) -- South Korea's foreign reserves shrank in March due to a decline in the dollar-converted value of its assets and unloading of dollars aimed at curbing the local currency's steep descent, central bank data showed Tuesday.

The country's foreign reserves stood at US$457.81 billion as of end-March, down $3.96 billion from the previous month, according to the data provided by the Bank of Korea (BOK).

The BOK attributed the decline to a fall in the dollar-converted value of its asset holdings and "market stabilization measures," apparently referring to dollar selling to curb the won's excessive descent.

The won fell around 8 percent to the U.S. dollar in March, market data showed.

The data showed that foreign securities were valued at $410.21 billion as of end-February, down $630 million from the previous month. The figure accounted for 89.6 percent of total foreign reserves.

The value of deposits also shrank $3.39 billion on-month to $22.81 billion at the end of March, which made up 5 percent of the reserves. Gold holdings remained unchanged at $4.8 billion, according to the data.

South Korea was the world's eighth-largest holder of foreign reserves as of end-February, the BOK said. 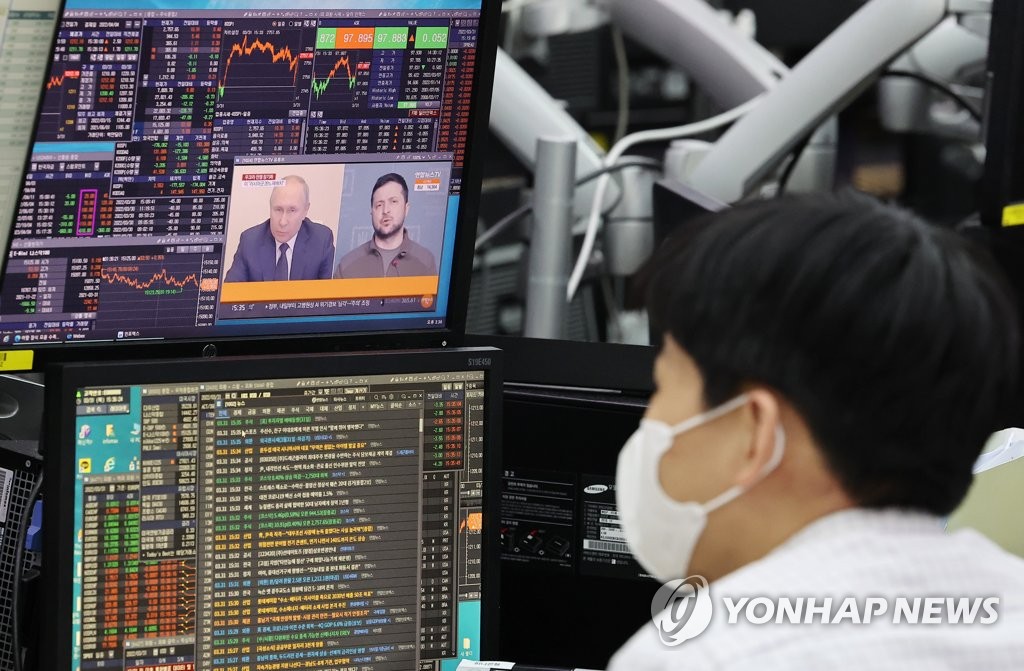 Foreign reserves down in March on fall in dollar-converted asset value, dollar selling to ease volatility

Foreign reserves down in March on fall in dollar-converted asset value, dollar selling to ease volatility