The consumer prices rose 4.1 percent last month from a year earlier, accelerating from a 3.7 percent on-year gain in February, according to the data compiled by Statistics Korea.

Inflation pressure has built up due to the extension of the economic recovery momentum and oil prices surging on supply concerns over Russia's war with Ukraine.

The statistics agency said most of last month's price gains were driven by a hike in prices of petroleum products.

"There are concerns that price pressure could further rise due to the Ukraine crisis. For the time being, the possibility that inflation growth will sharply slow is not high," Eo Woon-sun, a senior Statistics Korea official, told reporters. 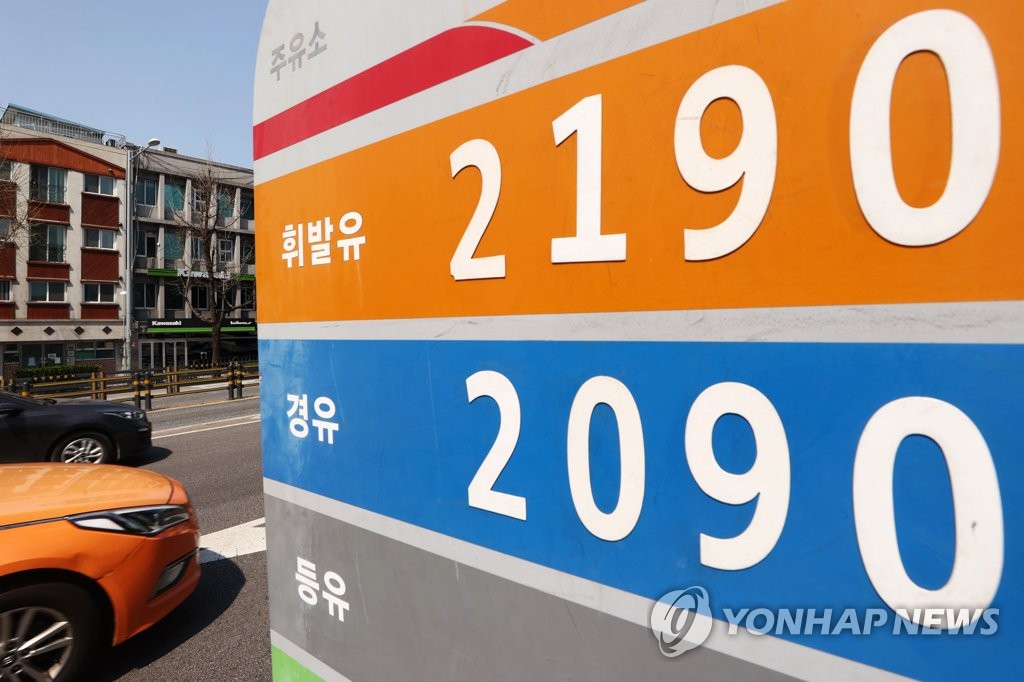 Dubai crude, South Korea's benchmark, soared to US$101.84 per barrel Monday, sharply up from $77.12 at the end of last year. It hit a yearly high of $127.86 per barrel on March 9. South Korea depends mainly on imports for its energy needs.

The government decided to cut fuel taxes by a record 30 percent from the current 20 percent starting in May for three months in a bid to ease people's burden from energy costs.

Last month, the country decided to extend a 20 percent cut in fuel taxes by three months until end-July. The measure, introduced in November last year, is set to expire at the end of April.

Another gauge of core inflation, which excludes prices of agricultural and petroleum products, gained 3.3 percent, the fastest climb since December 2011.

Prices of petroleum products jumped 31.2 percent on-year in March, accelerating from a 19.4 percent rise in February, due to surging energy costs.

Demand-pull price pressure also remains high as the country's economy has been on a recovery track.

As of midnight Monday, 32.83 million people out of the total population, or 64 percent, had received booster shots. Fully vaccinated people came to 44.5 million, representing 86.7 percent, the Korea Disease Control and Prevention Agency said.

Prices of agricultural, livestock and fisheries products rose 0.4 percent on-year in March, slowing from a 1.6 percent increase a month ago.

The Bank of Korea (BOK) expressed concerns that inflation will be under more upward pressure going forward, calling for close monitoring on the possibility of inflation expectations being translated into higher prices.

"Going forward, consumer prices will likely stay over 4 percent for the time being as crude, grain and other commodity prices are rising in the wake of the Ukraine crisis," the central bank said in a press release after holding a meeting on inflation.

"And on an annualized basis, they could far exceed the outlook of a 3.1 percent rise presented in February," it added.

The BOK is widely expected to continue tightening its monetary policy in the coming months to tame inflation.

In February, the BOK froze the benchmark interest rate at 1.25 percent after hiking it three times by a combined 0.75 percentage point since August last year.

Experts voiced concerns the potential creation of another extra budget is likely to stimulate inflation.

President-elect Yoon Suk-yeol promised to use some 50 trillion won (US$41 billion) to compensate small merchants for their losses caused by tighter virus restrictions. He vowed to resort to a cut in non-priority expenditures to finance his spending plan, but a debt sale may be inevitable.

The presidential transition team said it plans to check whether the creation of an extra budget will affect inflation and interest rates.

It is considering curbing hikes in public utility bills and drawing up measures to ease inflation burdens for vulnerable people. 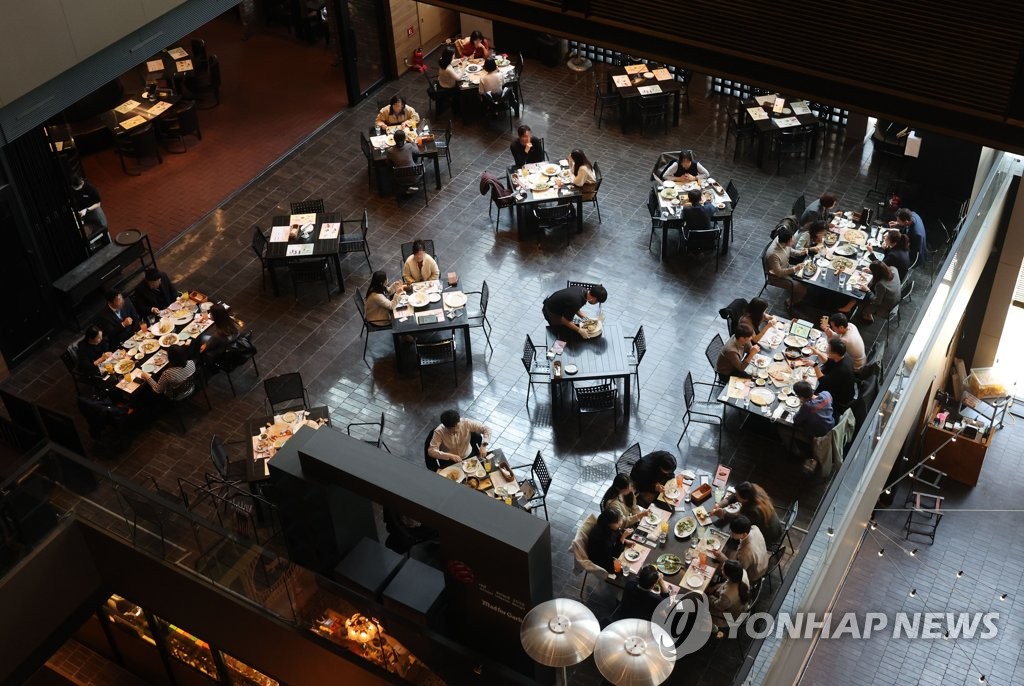