SEJONG, April 5 (Yonhap) -- South Korea will expand tax cuts on fuel consumption for the next three months as part of efforts to ease inflation pressure that has been building up amid surging energy prices, the country's top economic policymaker said Tuesday.

The government will expand fuel tax cuts from the current 20 percent to 30 percent from May 1 to end-July as the Russia-Ukraine war has sent crude oil and other commodity prices even higher, Finance Minister Hong Nam-ki told an anti-inflation meeting.

This marks the largest tax cut ever applied to fuel consumption.

The decision came as South Korea's consumer prices grew 4.1 percent in March from a year earlier, marking the fastest price growth in more than 10 years. In particular, the prices of oil-related products jumped 31.2 percent over the cited period.

"At a time when concerns are being raised that inflation pressure will be persistent for the time being, the issue of inflation is more important and graver than any other pending problems," Hong said. 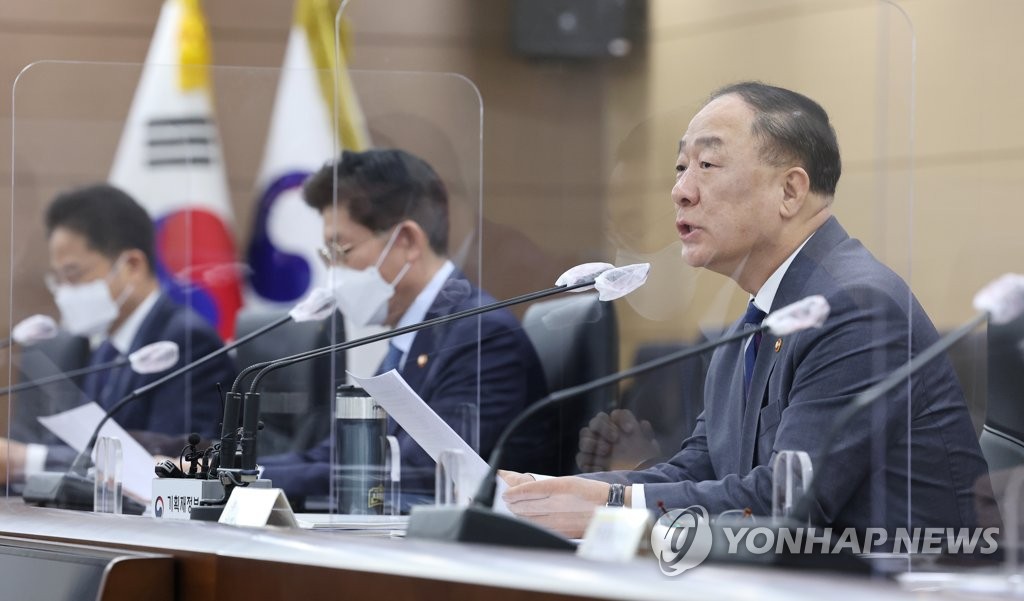 South Korea has been grappling with growing inflation pressure driven up by global supply chain disruptions, and soaring oil and commodity prices caused by the Russian invasion of Ukraine.

The price of Dubai crude, South Korea's benchmark, stood at US$111 per barrel on average in March, up about 20 percent from a month earlier.

In the last week of March, gasoline prices at local gas stations exceeded 2,000 won ($1.65) per liter, a large portion of which are government taxes.

In early March, the government extended the current 20 percent tax cuts by additional three months until the end of July as the temporary tax reduction scheme was set to expire in end-April.

A 30 percent fuel tax cut translates to a reduction of 574 won per liter of gasoline at the pump.

Tuesday's decision came after the transition team of President-elect Yoon Suk-yeol has requested the tax cuts be further expanded to help ease the burden on consumers from rising energy costs.

The government earlier estimated the three-month extension of a 20 percent fuel tax cut will likely reduce tax revenue by 1.4 trillion won. The transition team projected that a 30 percent tax cut would cause tax revenue to fall an additional 700 billion won.

The industry ministry held a meeting Tuesday with local refineries, including SK Energy Co. and S-Oil, and asked for their cooperation to swiftly reflect additional reductions to their retail prices.

Oil tax is levied on petro products upon their release from refineries, and it usually takes around two weeks for their distribution at gas stations.

In a related move to ease the burden from rising energy costs, the government will provide oil price-related subsidies for three months until end-July to drivers of cargo trucks, buses and coastal cargo ships suffering from rising diesel prices.

To counter rising raw material prices, the government will also apply zero percent of the tariff quota on aluminum strips, casting alloy used to produce secondary batteries and automobiles, while securing additional supplies of wheat and corn through alternative channels. 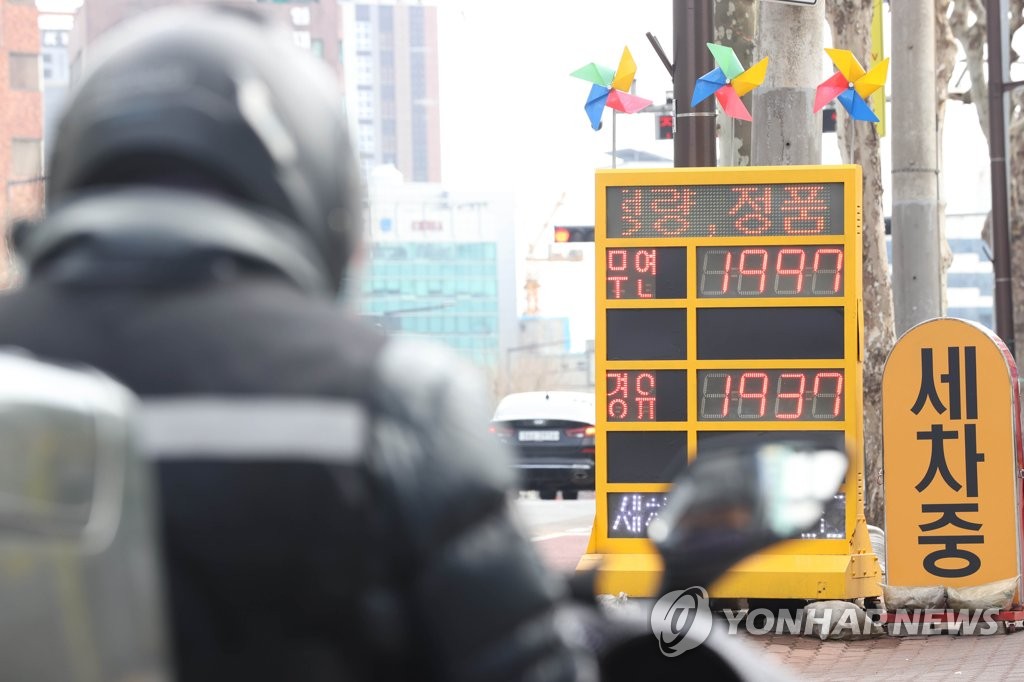