Park plays Ji-hoon, an ambitious prosecutor who does not tolerate any unlawful misdeeds, who is sent to inspect the Shenyang branch of the National Intelligence Service, dubbed Black Ops team, and its notorious leader, Kang-in (Sul Kyung-ku). 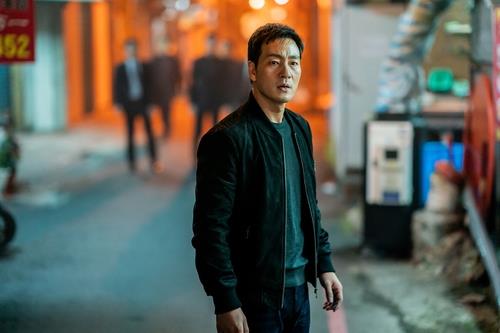 "Ji-hoon is a prosecutor assigned to oversee the Black Ops team in the Chinese city of Shenyang," Park said in an online press conference Tuesday. "He faces many dangerous situations and speaks English, Japanese and Chinese."

He accuses the team of illicit activities filled with assassination, eavesdropping and network hacking and tries to disrupt its underground scheme, but he happens to take part in the behind-the-scenes competition involving the intelligence agencies of Seoul, Pyongyang, Beijing and Tokyo.

Unlike the police officer-turned-contract killer Han in his previous Netflix thriller "Time to Hunt" (2020), Ji-hoon is just an erudite and unworldly man who never imagines getting involved in the life-and-death operations in the northern Chinese city bordering North Korea.

The actor, who gained international fame for his role in the global sensation "Squid Game," said he was sidelined from splendid action set-pieces, especially gun shootouts, that decorate the fierce intelligence battle in the Northeast Asian region. Led by Kang-in, the four members of the Black team are trained to be professional field agents skilled in gunfights and hand-to-hand combats.

Throughout the 125-minute film, Ji-hoon keeps being beaten and bullied and running away to survive.

"Ji-hoon did some different kinds of action, such as being knocked or struck, and jumping down and running away," he said. "Frankly speaking, I did really want to wear some nice outfits that the Black team members wear." 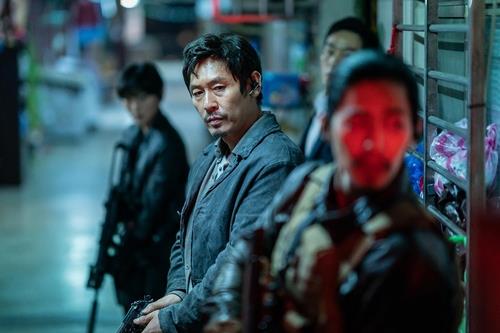 But he said he was pleased to join the project in which veteran actor Sul takes a title role and perfectly portrays Kang-in, nicknamed Yaksha, a mythical ferocious deity, who dares to bend rules and even kill enemies to complete the mission.

"Like his nickname Yaksha, he is ruthless, violent and merciless, but he can risk his life to do what is right," Sul said, adding that "Yaksha" is his first Netflix title. "In the original script, Kang-in was much cooler and a more superb character, but I asked the director to change it a little because I couldn't dare to carry it out."

Director Na Hyeon, who wrote the screenplay of the sport drama "Forever the Moment" (2008) and helmed the crime actioner "The Prison" (2016), said "Yaksha" is a Hollywood-style spy movie that is set in Northeast Asia.

"Shenyang is lesser known but is a very big city on the North Korean border. So consulates of regional powers cluster there," the director said. "This movie will be an Asian version of an espionage film that appeals to global audiences via Netflix."

"Yaksha" will be available on Netflix from Friday. 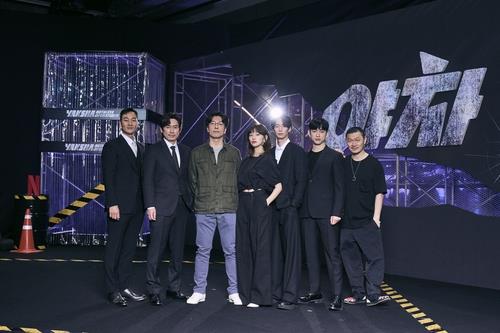