SEOUL, April 5 (Yonhap) -- Rising rookie girl group Ive said Tuesday it would like to bring a fresh wind into the K-pop scene with its just-released new single, "Love Dive."

The first album became an instant hit at home and abroad, setting a record for the most first-week debut album sales by a K-pop girl group. The title track topped various domestic music charts and entered the Billboard Global 200, with its music video reaching more than 100 million views on YouTube.

During a media showcase held a few hours before the release of its second single album, the six-piece group from Starship Entertainment was confident that the new release would not disappoint fans of the debut album.

"Thank you for calling us a group representing a generation even though we are rookies who have just debuted. We'll try to show you the best of us with this album," member Yujin said.

"It contains Ive's confident attitude and a message of independence. I'm confident that it will be an album where you can feel the charm of Ive in every way," Gaeul said. 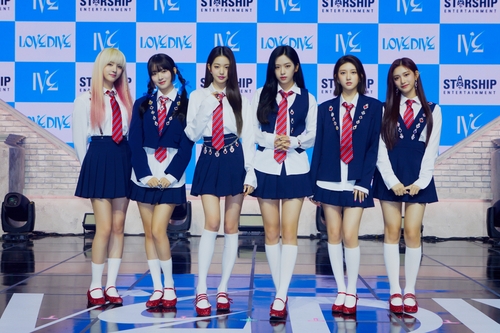 The title track is a modern pop song with an addictive chorus and percussion.

"The song is about how people feel when they fall in love," Won-young said. "It encourages you to jump into love if you have the courage to do so."

Yujin likened the song to "a cool breeze."

"When I listen to the chorus part, I feel cool as if a cool breeze is blowing. So I thought what if we could bring a a breath of fresh air into the K-pop scene with the new single."

Another track of the album is "Royal," a pop dance number where fans can feel the group's splendor and sophistication. Members Gaeul and Rei participated in the rap making of the song.

"I've wanted to take part in an album production, so I was so happy to have come to participate in the rap making," the Japanese member Rei said. 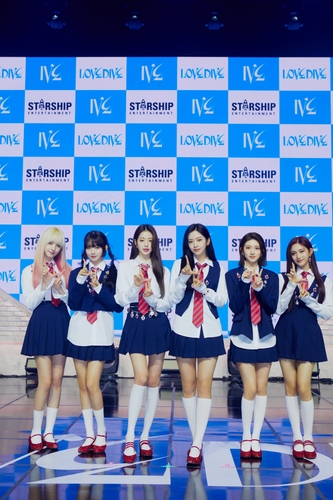