SEOUL, April 6 (Yonhap) -- South Korea's defense ministry started full-fledged preparations Wednesday for its relocation to a nearby building and other facilities inside its compound in Seoul, as the Cabinet has approved budget spending for moving the country's presidential office.

The ministry plans to sign a contract with a private relocation company as early as Thursday in line with President-elect Yoon Suk-yeol's plan to relocate the presidential office to the ministry building in Seoul's central district of Yongsan from Cheong Wa Dae in the northern part of the capital, according to an official.

The ministry is set to relocate key offices, including those for the minister, vice minister and policy chief, to the nearby Joint Chiefs of Staff building within its compound, while other offices will be moved to other facilities.

Upon the relocation contract, it plans to start moving all offices in phases while key leadership offices will begin relocating after April 28, when the planned South Korea-U.S. springtime military training is set to end, a ministry official said on condition of anonymity.

Earlier in the day, the Cabinet approved 36 billion won (US$29.5 million) in reserve government funds for the relocation.

The spending was approved in an extraordinary Cabinet meeting presided over by Prime Minister Kim Boo-kyum, a day after President Moon Jae-in ordered the swift approval of the relocation budget. 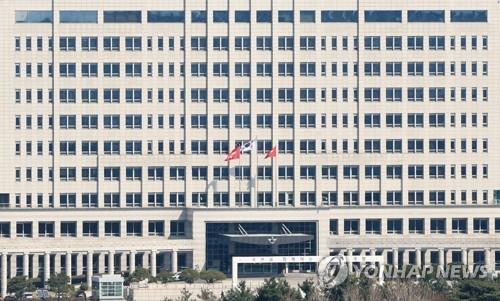