(ATTN: UPDATES with spokesperson's remarks on ambassador in paras 5-9)
By Lee Haye-ah

SEOUL, April 6 (Yonhap) -- Transition team Chairman Ahn Cheol-soo on Wednesday called for China's cooperation for stability on the Korean Peninsula, as he met with Beijing's top envoy to Seoul. 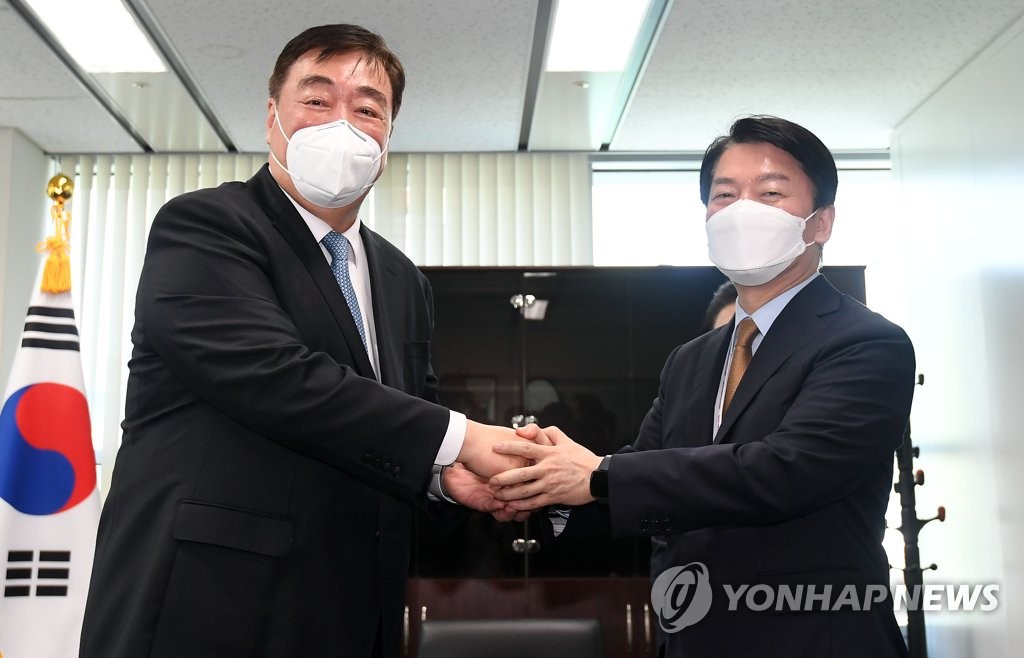 "One of my concerns is that North Korea (recently) test-launched an intercontinental ballistic missile and signs are emerging that tensions will rise," Ahn said.

"I ask for a lot of cooperation from you on these issues based on a common understanding that bringing stability to the Korean Peninsula will be of great help to the national interests of both South Korea and China," he said.

"All I can say is that (Xing said North Korea) was unable to achieve what it wanted with regard to the U.S.," she told reporters of the part of the meeting that was held behind closed doors.

"(Xing) repeatedly explained China's principle of denuclearization and keeping peace on the Korean Peninsula at all costs, and resolving the issue through dialogue," she added.

When asked whether the two discussed the issue of THAAD, a U.S. antimissile system deployed to South Korea despite China's opposition, Shin said there was no mention of the related policy.

But the ambassador expressed his concern about the emergence of anti-China and anti-South Korea sentiment in the respective countries following the THAAD controversy and stated such issues should be "managed well," she said.

The ambassador expressed his personal delight at meeting Ahn, saying he had heard many good things about the chairman.

He expressed agreement with Ahn on the importance of developing a future-oriented and stable bilateral relationship, saying he will also work toward that goal.

"As this year is the 30th anniversary (of the establishment of diplomatic relations between South Korea and China), I will work to make (the relationship) even better so as to allow it to expand in the future," Xing said.