Of the total, the central government will spend 290.3 billion won and local governments 126.7 billion won to relieve damage caused by the wildfire that started in Uljin, 330 kilometers southeast of Seoul, on March 4 and spread to nearby areas in the eastern Gangwon Province, according to the Central Disaster and Safety Countermeasures Headquarters.

The fire was the country's second biggest on record, wiping out 20,523 hectares of woodland and inflicting financial damage of 226.1 billion won.

The disaster fund will be used to fix destroyed houses and other facilities, build prefabricated houses for fire victims and provide financial aid to them. 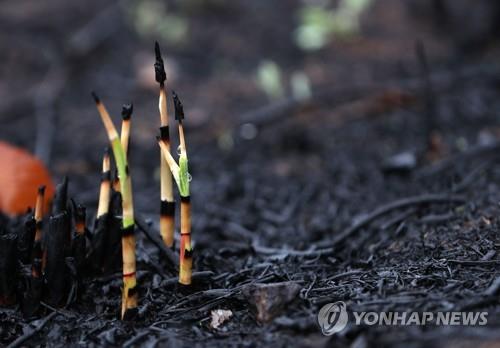