WASHINGTON, April 6 (Yonhap) -- The United States is in constant consultation with South Korea to ensure the allies have adequate capabilities to counter any aggression from North Korea and will continue to do so, Department of Defense spokesperson John Kirby said Wednesday.

The Pentagon press secretary, however, declined to comment on whether the U.S. may consider deploying strategic military assets to South Korea to help prevent further provocations by the North.

"We are going to continue to work with our South Korean allies on making sure that our capabilities are appropriate to the threat, the threat that's continued to be posed by North Korea and by their advancing ballistic missile program," he said in a press briefing.

"We are not going to detail all that from the podium but we're constantly looking at what the readiness requirements are. That's why we constantly consult with our ROK allies," he added, referring to South Korea by its official name, the Republic of Korea. 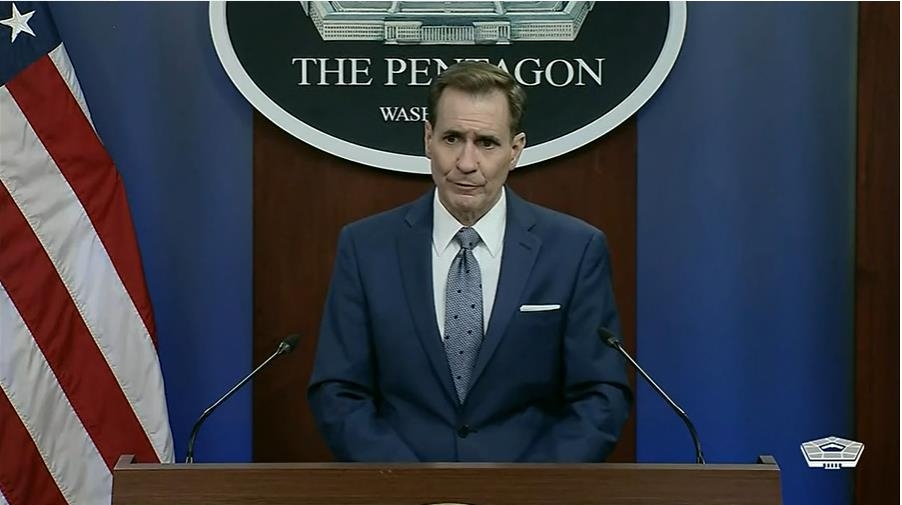 Seoul's defense ministry earlier said that it plans to discuss with the U.S. about the possible deployment of U.S. strategic assets in a report to President-elect Yoon Suk-yeol.

A special delegation sent by Yoon to the U.S. has also said the issue of deploying U.S. strategic assets was discussed in a meeting with White House National Security Advisor Jake Sullivan, held Tuesday.

Kirby again declined to comment when asked if the U.S. may consider deploying its nuclear weapons to South Korea.

"Our job is to make sure that we are contributing to the alliance in meaningful, tangible ways to the security of the peninsula and to other allies in the region," he said. "And we look at our posture every day with that in mind and we're in constant consultation with our ROK allies."

The heightened attention on the Korean Peninsula follows 12 rounds of North Korean missile launches this year that also included the North's first firing of an intercontinental ballistic missile (ICBM) since November 2017.

Kirby said the launches were "troubling."

"We know that they are continuing to try to advance and improve their ballistic missile program. And with each test, whether it's a failure or not, they learn from that and that's troubling," he said.

He urged the North to return to the dialogue table, while reaffirming U.S. commitment to resolve issues diplomatically.

"We continue to make it clear that we will be willing to sit down with North Korea without preconditions to talk in good faith to find a diplomatic path forward here, to reach a better outcome for security and stability on the peninsula," said Kirby, noting the North has yet to show any interest in dialogue.