SEOUL, April 7 (Yonhap) -- South Korea's new coronavirus cases remained in the 200,000s for the third consecutive day on Thursday as the government is considering lifting social distancing rules in a step toward people's return to normalcy.

The public health agency reported 348 new COVID-19 deaths, raising the total death toll to 18,381. Deaths of children, newly born to 9 years old, rose by one, bringing the total to 15.

The number of critically ill patients stood at 1,116, down 12 from the previous day. 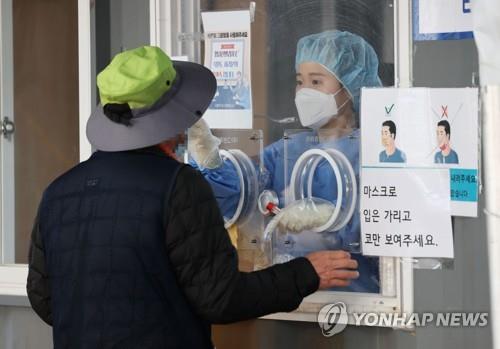 As of midnight Wednesday, fully vaccinated people stood at 44.5 million, or 86.7 percent of the 52 million population, while 64 percent had received booster shots, the KDCA said.

Virus cases have been largely on the decline after hitting an all-time high of 621,181 on March 17.

On Monday, the government eased social distancing rules nationwide in a move to reduce the plight of small merchants and business owners hit hard by the pandemic.

The private gathering limit has been eased to 10 people from eight, and the business hour curfew on public places, like restaurants and cafes, has been extended by one hour to midnight.

The government said it is considering lifting the social distancing rules and allowing people to go mask-free outside if the virus stays in check through the end of next week.

South Korea first attempted to return to normalcy in phases starting Nov. 1 last year, as a series of restrictions, including the business hour curfew, were lifted or eased. A rapid increase in the number of critically ill patients foiled the plan, and social distancing measures were put back in place on Dec. 18. 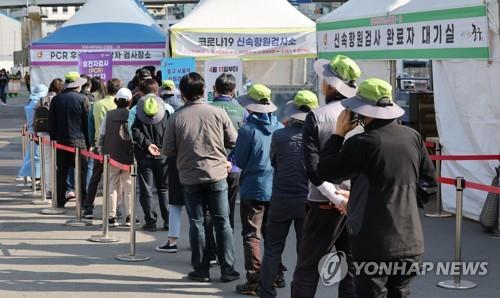