Foreign Minister Chung Eui-yong is on a visit there to attend a meeting of North Atlantic Treaty Organization (NATO) foreign ministers. He is the first South Korean foreign minister to join such a high-profile NATO session, as the country has been invited as an Asia-Pacific partner of the multilateral alliance. 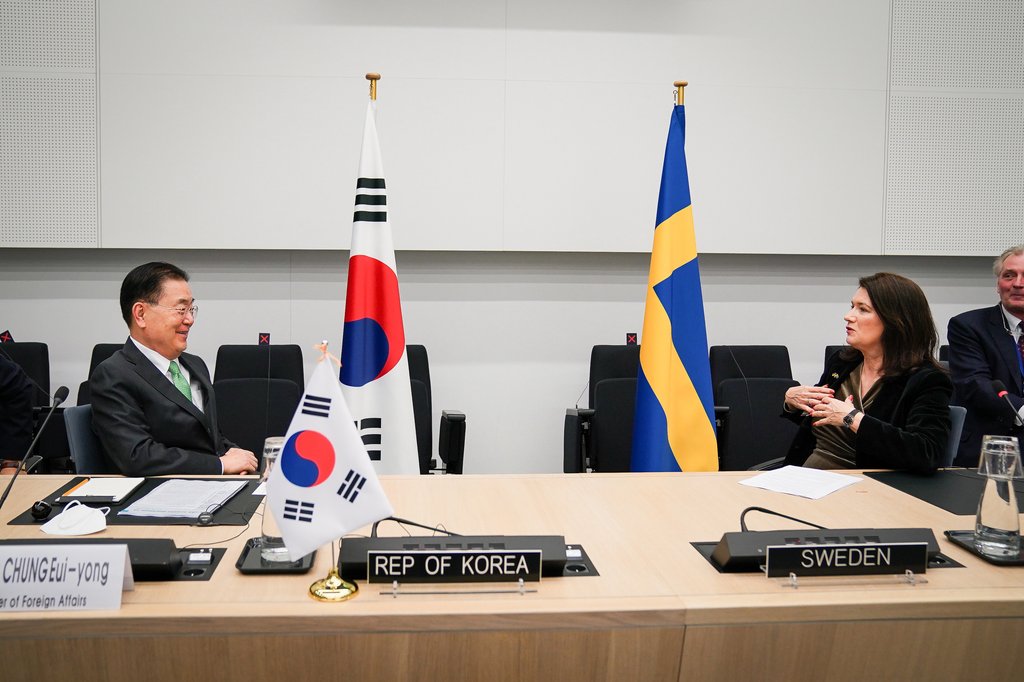 In Chung's talks with Swedish Foreign Minister Ann Linde on Wednesday (local time), the two sides agreed to expand substantive cooperation to such fields as information and communications technology (ICT) and startups, according to the ministry.

Chung then had a meeting with Finnish Foreign Minister Pekka Haavisto and agreed to continue broadening partnerships in startups, the defense industry and the environmental sector.

Haavisto expressed hope for the early launch of direct flight services between Helsinki and South Korea's port city of Busan, which has been delayed due to the COVID-19 pandemic, the ministry added. 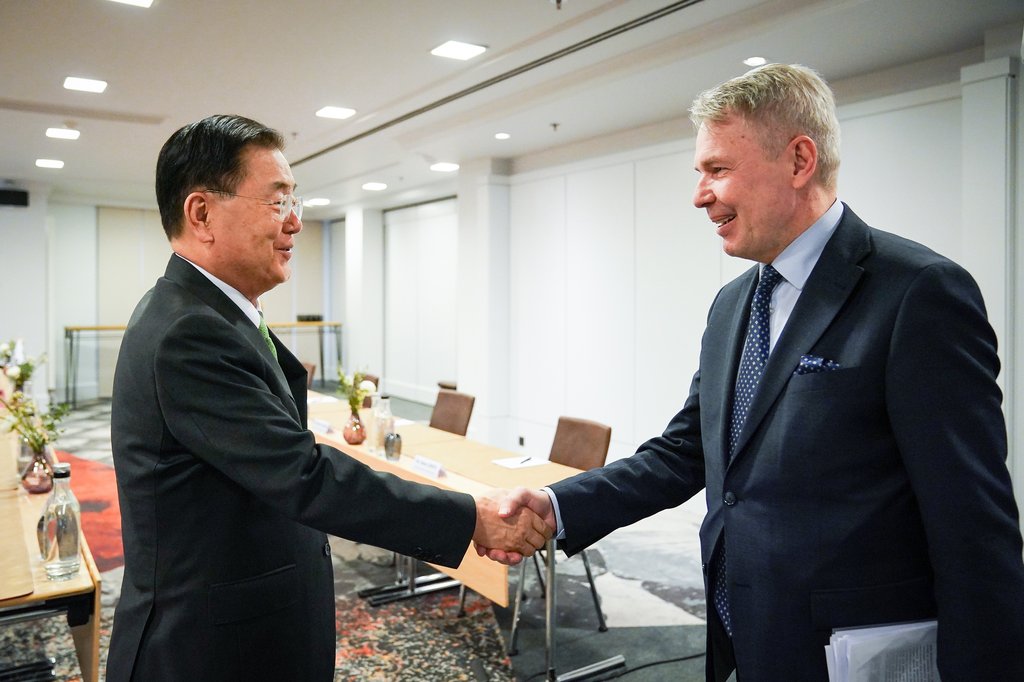 Chung also briefed the Swedish and Finnish ministers on the security situation in Korea, and they reaffirmed support for Seoul's efforts to resume dialogue involving Pyongyang. They exchanged views on the Ukraine issue as well.
(END)