The country received US$5.45 billion worth of FDI commitments in the January-March period, compared with $4.74 billion logged a year earlier, according to the Ministry of Trade, Industry and Energy.

The amount of investment that actually arrived in South Korea stood at $4.33 billion, marking a 2.6 percent on-year decrease, though the amount is the second-largest figure for any first quarter ever.

A total of 830 investment pledges were made in the cited period, up 38.9 percent from the previous year.

"We relatively had good FDI results amid unstable investment circumstances across the globe, such as the crisis surrounding Ukraine, and high oil and raw materials prices," the ministry said in a release.

FDI pledges to the service sector, on the other hand, fell 9.4 percent to come to $3.77 billion in the first quarter, due to a high base effect the previous year, according to the ministry.

By investor, the United States pledged to make $870 million worth of investment in the first quarter, spiking 284.7 percent on-year.

But investment from the European Union and Britain sank 81.3 percent to $580 million, according to the ministry.

The combined value of the top 20 investment cases accounted for 65.5 percent of the total, or $3.57 billion, in the first quarter, the data showed. 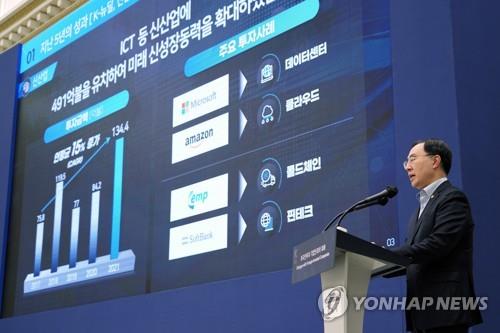