SEOUL, April 7 (Yonhap) -- LG Electronics Inc. on Thursday estimated its first-quarter operating profit to rise 6.4 percent from a year ago, driven by its strong home appliance and TV businesses, as well as one-off patent profits.

In its earnings guidance, the South Korean tech firm projected its January-March operating profit at 1.88 trillion won (US$1.5 billion), up 6.4 percent from a year earlier.

Operating profit was 37.6 percent higher than the average estimate, according to the survey by Yonhap Infomax, the financial data firm of Yonhap News Agency.

Revenue is expected to rise 18.5 percent to 21.1 trillion won, which also surpassed the market expectations. The data for net income was not available.

The company did not disclose details about its one-off profits from patents, citing the confidentiality clause on contracts.

Should its forecast stand, it would mark record first-quarter sales for the company, breaking the previous record of 18.81 trillion won last year.

LG did not break down the performances of its respective business divisions. It will announce the detailed earnings later this month. 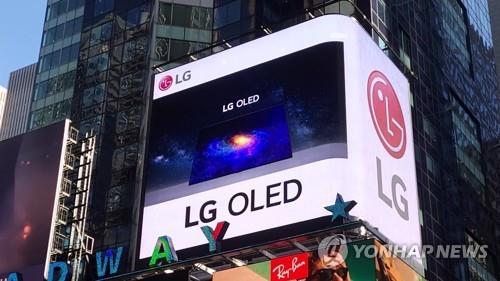 During a conference call in January, LG said it was working to save logistics costs by improving the efficiency of transportation, maximizing container utilization rates and expanding direct shipments.

Given the better-than-expected earnings forecast, the company could have successfully managed to cushion rising costs for transportation and materials.

LG also warned at that time the chip shortage and production disruptions were expected to continue to put upward pressure on costs and that it expected limited room for improving profitability this year.

In February, LG said it would discontinue its solar panel business due to rising costs and fierce competition, as part of efforts to streamline its business portfolio and to commit more resources to core business sectors and other future growth engines, such as electric vehicle components, connected devices, smart homes, robotics, artificial intelligence and business-to-business solutions.

Last year, the company closed its 26-year-old mobile phone business as part of such efforts.
(END)