Rhee Chang-yong, the nominee for the governor of the Bank of Korea (BOK), made a reply in response to a written question by a lawmaker over ways to raise the potential growth rate ahead of the parliamentary confirmation hearing set for April 19.

"In the short term, it is urgent to use resources spent to support marginalized firms during the pandemic for the nurturing of new growth engines and new industries," Rhee said.

Over the long haul, the country should ease regulations to increase productivity in the private sector and enhance flexibility in the labor market, he added.

The potential growth rate refers to the maximum possible growth rate at which an economy can grow without triggering inflation.

South Korea's potential growth rate is estimated to fall to 2 percent in 2021-2022, sharply down from around 5 percent in the early 2000s.

The Korea Institute of Finance said in a recent report that the potential growth rate could dip to 1.57 percent in 2025 and further fall to zero growth in 2030.

Last month, President Moon Jae-in nominated Rhee, then director of the Asia and Pacific department at the International Monetary Fund, to replace Lee Ju-yeol as governor of the central bank. 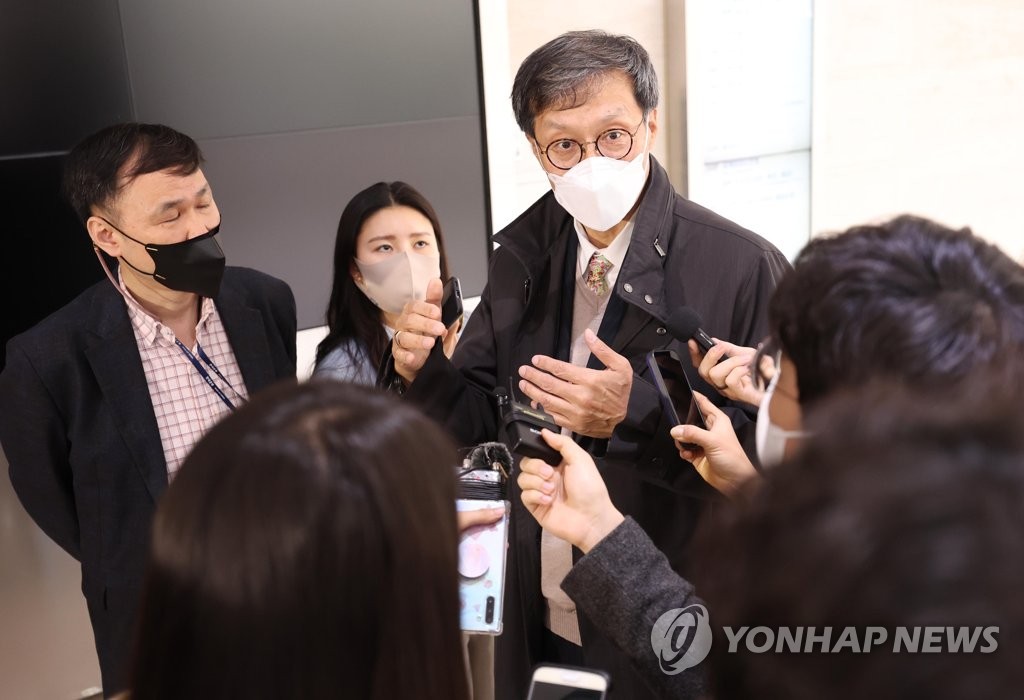