SEOUL, April 7 (Yonhap) -- Renowned screenwriter Noh Hee-kyung is set to return with the new omnibus TV series "Our Blues," a story about love, life and second chances, with an all-star cast, including Lee Byung-hun, Shin Min-ah and Han Ji-min.

Set on the southern resort island of Jeju, the show follows a group of people struggling with everyday life and enduring pain but never losing hope to get over the ups and downs of their lives. 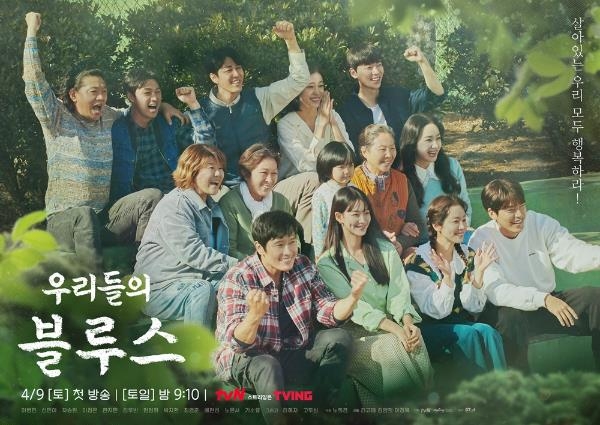 It is Noh's first TV series since the drama "Live" (2018). She is one of the most sought-after TV writers in South Korea for her critically acclaimed TV romances, including "Dear My Friends" (2016) and "That Winter, the Wind Blows" (2013).

"For about 10 years, I've longed for a different format. Every person is the hero of their own story, but TV shows follow only one couple," Noh said in a press conference streamed Thursday. "So I finally chose to do a new piece in an omnibus format."

She said she was originally planning to go into a project, tentatively named "Here," about workers in an international non-governmental organization, starring Lee, Shin and Han, three years ago. But it was finally scrapped due to the COVID-19 pandemic, and the writer penned "Our Blues" from scratch to go on with the actors.

"When 'Here' was canceled, I just asked her casually whether anything was spared," said Lee, one of the most prominent stars both on big and small screens in Korea. "The cancellation was so sad, because I did really want to do it with Noh. But she came up with this new story. I loved it from the beginning." 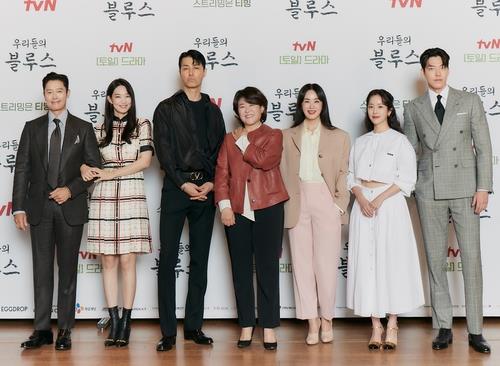 Each of the seven lead actors -- Lee, Shin, Cha Seung-won, Lee Jung-eun, Uhm Jung-hwa, Han and Kim Woo-bin -- has their own story, and they do not directly know each other. But all characters get somehow more connected to one another as the story unfolds.

The actors said the omnibus format helps the 20-episode show portray various kinds of people and their lives in a more balanced way, although their parts or roles were relatively short in "Our Blues" compared with their previous works.

"I'm the hero in some episodes, but I become an extra in other episodes. That was very interesting," said Lee, who plays a Jeju local running a shop on wheels in "Our Blues," his first TV series after the historical romance "Mr. Sunshine" (2018). "It's like, we lead our everyday life as usual, and a camera comes into it and scans us one by one."

"Our Blues," tvN's primetime weekend show, will premier this Saturday and will also be available on Netflix simultaneously.